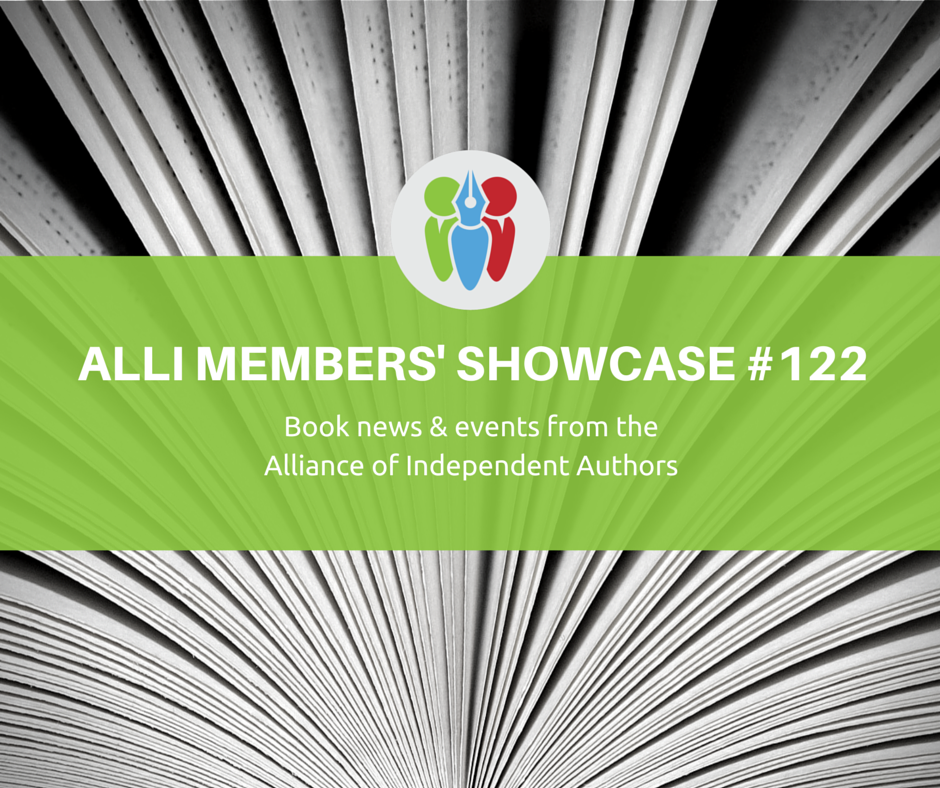 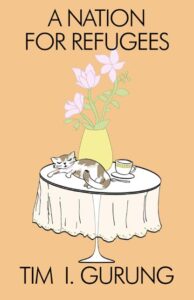 A Nation for Refugees

Nata had always wanted to work for refugees. After college, he joins an internationally known NGO (non-governmental organization) and enthusiastically works there for some years.

Due to disagreements with the hierarchy, he has to give up his favorite job and find another way to make a living. He decides to operate a makeshift café in a sturdy tent outside his home and struggles to eke out a living.

His only company is his beloved cat. Then Sarah, a romantic dream that had never bloomed for him, reenters his life and completely changes everything. His makeshift café not only becomes a popular place but provides enough for the couple’s living, and they manage to contribute a lot more than they had ever imagined to the cause of helping refugees. Their struggle, love and triumph make a satisfying and inspiring read. 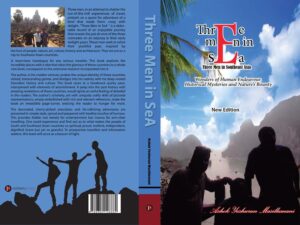 Three men in an attempt to shatter the run-off-the-mill experiences of travel, embark on a quest for adventure of a kind that made them crazy with delight.

Three Men in SeA is a delectable record of an enjoyable journey that reveals the joie de vivre of the three comrades on an odyssey in their early twilight years.

My Paperback Three Men in SeA is on Amazon International, ebook and Kindle priced at USD 24.99 and USD 8.99 respectively. The ebook presently on promotion. 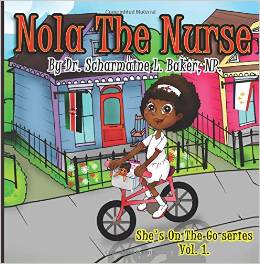 Nola the Nurse, She's on the Go series Vol. 1

Nola wants to be a nurse practitioner just like her mom. She has learned how to care for people of all ages and now visits her friends to heal their sick baby dolls. Along the way, she learns more about her culturally diverse world.

Nola the Nurse, She’s On the Go, is the first in a series of beautifully illustrated bedtime stories, perfect for young children. Your child will delight in the colorful pictures and will also learn important cultural lessons.

Lloyd Bennett, Detective Sergeant of Homicide, loses his wife, and two children in a horrible SUV accident while D.U.I. He is discharged, disgraced, and hits bottom. He wanders the streets aimlessly, and stumbles into Dr. Aurelius’ Philanthropic Hospice, where he is drugged – to donate his heart. 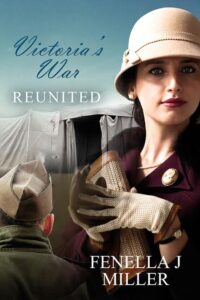 Victoria's War and Indian or British?

I have released two books recently. The second part of Victoria's War and my mother's memoirs, Indian or British?

My books were inspired by my mother's memoirs and, although fictionalized, some of the descriptions and events that took place in India in Victoria's War are based on things that my mother experienced in India in 1937.

The second, and final part of Victoria's War, opens on the Burma front where Victoria is nursing. Here she meets the charismatic American, Captain Taylor King again and, for the second time, marries a man she barely knows.

She is discharged from the army as unfit for duty when she becomes pregnant and makes her way to Boston where she is to live with her in-laws. Victoria is forced to make some difficult decisions and begin again in England. She has lost so much in her life – how long will she have to wait before she is reunited with those she loves? 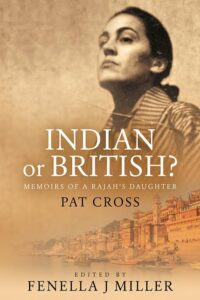 The memoirs that inspired these books are also now published on Amazon –Indian or British by Pat Cross (my mother).

Indian or British? Is the memoir of Pat Cross written from the journal she had kept about her time in India in the late 1930s. Patricia Rikh, as she was then, spent two years living with her Indian father and his extended family when she was in her late teens

He was the son of the Rajah of Tajpur. Pat had lived all over Europe with her Irish mother and had always thought of herself as British, or possibly European, and therefore adjusting to her Indian heritage was a challenge. This is an evocative glimpse into a time long gone. 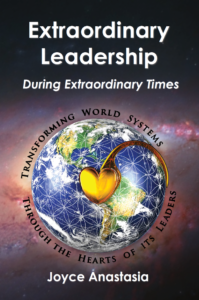 This is an inspiring non-fiction that intersects the realms of business leadership and spirituality; it's available in paperback and hardcover through Amazon and through libraries and schools and the literary world. (The eBook version will also be available in the coming months.)

Extraordinary Leadership During Extraordinary Times unveils 7 Vital Keys that ignite transformation from the inside out and are essential for new forms of leadership to emerge as we face the incredible challenges and opportunities in our world today.

Joyce Anastasia taps into our collective dream of a more beautiful and thriving planet by inspiring a call for leaders everywhere – from corporate executives and heads of state to ordinary individuals – to make healthier choices in their use of Power, Truth, Integrity, Wholeness and Dynamic Balance. 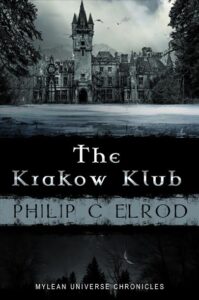 The Krakow Klub by Philip C. Elrod, is a fast paced science fiction novel. It is the second book in the Mylean Universe Chronicles and the long anticipated sequel to Mylea. It was published in June 2015 and is available for sale on Amazon.

The Krakow Klub is the story of one man’s attempt to live a normal life, even though he is not normal.

The United States government is under siege. A secretive cabal of super rich elitists, The Krakow Klub, has initiated the final phase of its long range plan to take over the USA from within.

Only one man has the power to stop The Krakow Klub. His name is John F. Scott and he appears to be an ordinary human being. But he is part alien.

In this novel of power and its addiction, only the steadfast can walk this devious and treacherous path. The one who gives in to the power will be lost forever in its long maze. The Krakow Klub by Philip C. Elrod was very mesmerizing. It is actually quite scary because I can see something like that happening in the future. No one is safe from the lure of power and the Krakow Club brings this unsavory thought to the forefront. The rich always have influence and that influence brings power. If misused, it can be terrifying. And this is exactly what this novel is … terrifyingly good! 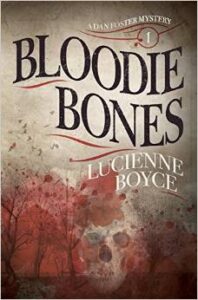 Also on hand was 10Radio’s Suzie Grogan, presenter of Talking Books, who recorded the event for the show. (Broadcast on 5 June 2015; podcast will shortly be available.)

The evening included a reading from one of the major inspirations for the novel, John Clare’s poem The Mores. Debbie Young then asked Lucienne questions about the book, which introduces Dan Foster, Bow Street Runner and amateur pugilist. This was followed by a reading and book signing. 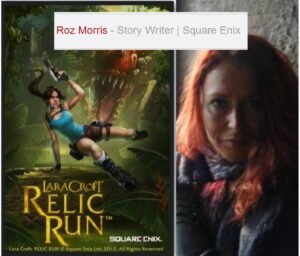 Roz Morris's usual genre is literary fiction, but she's recently been indulging her inner hooligan by writing the story for the Lara Croft game, Relic Run – which is now available. 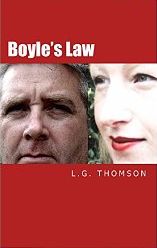 Reading at The Nairn Bookshop

On Wednesday 24 June ALLi member LG Thomson will be reading from her books and talking about her writing at The Nairn Bookshop.

Her recent reading from Boyle's Law went down a storm at the launch event of XPONorth in Inverness, and this promises to be another entertaining evening. All welcome to this free event. 6.30pm in sunny Nairn. 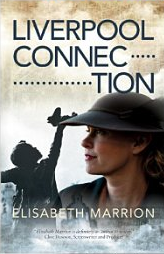 That Liverpool Connection has just received a B.R.A.G Medallion, which is a great honor indeed.

Oh Danny Boy, the pipes, the pipes are calling…” Annie sang quietly, holding Derek's baby blue cardigan and trying to detect a familiar smell. The same cardigan he was supposed to wear at his christening. Annie and her friends leave Ireland in 1926 young and optimistic, hoping to find a better life in Liverpool. Only things do not turn out the way they had imagined.