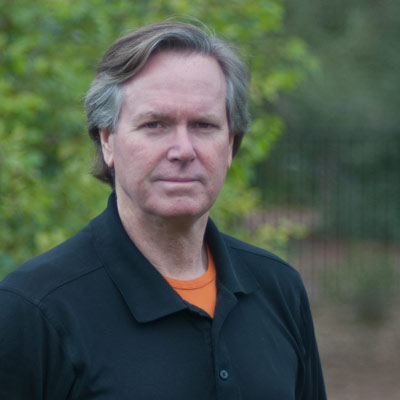 How to Reach Readers via Google+ 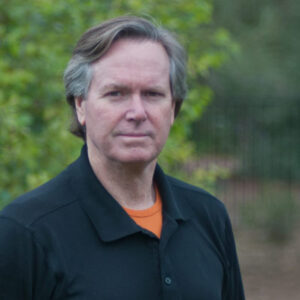 Many self-published authors who already worry about spending too much time on long-established social media such as Facebook, Twitter and Pinterest have been putting off the task of getting to grips with the newer Google+. American novelist Seeley James makes a strong case for why you should jump right it.

How I Learned to Quit Worrying and Love Google+

For months, I thought Google+ represented the worst features of Twitter and Facebook. Then Guy Kawasaki’s “What the Plus” made a big splash. So I spent a little more time there – but still wasn’t committed.

One day I had a problem with a book cover. I hated it but couldn’t articulate why to the artist. I noticed a sub-group within a writer’s forum and posted the cover there. Twelve specific and articulate answers from graphic artists later, I said to myself, “Self, we need to spend more time on G+!” Then Joanna Penn announced she was leaving Facebook for G+ and that sealed the deal for me.

I posted the same question on both platforms asking about the difference.

On Facebook, where I posted to all 1,124 of my closest friends, the post garnered 7 unique replies and 11 agreements or abstentions. Most interesting was that 6 of the Facebook posts named reasons G+ was better than FB and only 1 vague endorsement of FB: Nothing on Google + is not offered on FB and IMHO Google+ sometime annoys me by forcing me to post there. (referring to users forced into G+ when signing up at YouTube, etc.)

Here is a quick, consolidated list of G+ attributes from both posts: 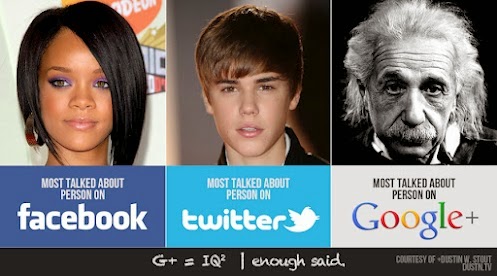 Facebook has more forums/groups with large memberships. I’ve relied on ALLi’s Facebook group many times and have never been disappointed. But the other forums? Not. The biggest problem? Finding your specific question on a specific topic an hour after you post. Everything flows by popularity, thus kicking wallflowers and obscure questions to the curb (or kerb for wrong-side drivers).

Google+ has Communities and within those Communities there are Categories. One such community is Writer’s Discussion Group. See the left sidebar for Categories by clicking here. This simple addition makes asking a question and getting an answer from interested parties infinitely simpler.

Instant messaging on Facebook works well. But on G+ it works infinitely better – or so I’m told. I’ve not used either very often because I find IMs annoying.

But the big difference here is the integration of video, segmentation of groups on the fly, and the inclusion of GoogleDocs. The biggest benefit is device-independent video chats. (Indeed. Video calls creep me out too, but get used to it – I’ve already gotten a cleavage-call from a mom who inadvertently FaceTimed me while placing her phone in her purse’s shoulder strap holster. She swears it was accidental.)

For a compelling how-to on Hangouts, see http://www.wikihow.com/Use-Google%2B-Hangouts or http://www.google.com/+/learnmore/hangouts/

Google Plus is a business-friendly platform that you can control with finer detail than Twitter or Facebook. The fact that it’s populated by former-Facebook users who aren’t going back tells you it’s a great tool. * Many thanks to ALLi member Jim Giammatteo for sending me this one. I did some research and discovered I’d been reaping unknown benefits from my recent move to G+.

My writing career ranges from humble beginnings with short stories in The Battered Suitcase, to being awarded a Medallion from the Book Readers Appreciation Group. I’m known for the Sabel Security series featuring athlete and heiress Pia Sabel and her bodyguard, veteran Jacob Stearne. One of them kicks ass and the other talks to the wrong god. Uhm, maybe you should read the first page of ELEMENT 42 to understand that bit. www.seeleyjames.com.