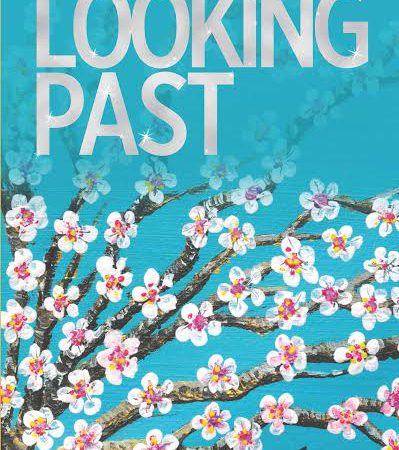 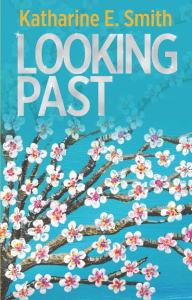 Looking Past by Katharine E. Smith

Looking Past is Katharine E. Smith’s second novel and was released by Heddon Publishing on Monday 1st December.

Sarah Marchley is eleven years old when her mother dies. Completely unprepared and suffering an acute sense of loss, she and her father continue quietly, trying to live by the well-intentioned advice of friends, hoping that time really is a great healer and that they will, eventually, move on.

Life changes very little until Sarah leaves for university and begins her first serious relationship. Along with her new boyfriend comes his mother, the indomitable Hazel Poole. Despite some misgivings, Sarah finds herself drawn into the matriarchal Poole family and discovers that gaining a mother figure in her life brings mixed blessings.

Looking Past is a tale of family, friendship, love, life and death – not necessarily in that order.

The beautiful cover artwork and design is by Catherine Clarke

Available on Kindle and in print: Amazon US   Amazon UK 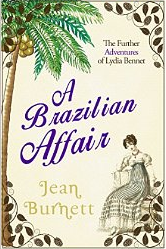 A Brazilian Affair by Jean Burnett

A Brazilian Affair– was published as an ebook by Matador and is available on amazon, kindle, kobo etc. It is a sequel to my first novel – Who Needs Mr.Darcy? which was published by Little, Brown – making me a new-fangled hybrid author, I suppose.

The book is a spoof follow up to Pride and Prejudice and features the further adventures of Lydia Bennet. In this second book she becomes an unlikely lady in waiting to an Austrian princess who is going to Brazil to wed the heir to the Portuguese throne.

The Portuguese Court is in exile in Rio. A Bennet sister in the tropics! At least she isn't a vampire or battling sea monsters. 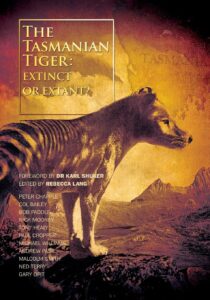 The Tasmanian Tiger: Extinct or Extant?, published through Lang's Strange Nation Publishing imprint, features the work of 11 Australian writers with a foreword written by respected UK author and zoologist Dr Karl Shuker. The anthology was inspired by Lang's long-time interest in the Thylacine, and several expeditions she has undertaken in search of proof of its continuing existence.

‘Does the Tasmanian Tiger still roam the island state, parts of the Australian mainland, and the northern land mass of Irian Jaya-Papua New Guinea? Despite being hunted to extinction in the early part of the 20th century, the Tasmanian Tiger continues to stalk the imaginations of people the world over.

What's more, hundreds of reports of the striped dog-like marsupial with the fearsome gaping jaw are made each year in Australia. In The Tasmanian Tiger: Extinct or Extant?, biologists, geneticists, naturalists, and academics explore the evidence for and against the continuing existence of Thylacinus cynocephalus.' 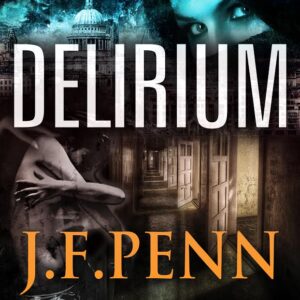 “Those who the Gods wish to destroy, they first make mad.”

LONDON. When a prominent psychiatrist is found murdered in the old hospital of Bedlam, Detective Sergeant Jamie Brooke finds herself investigating the history of madness to fathom the motive. Blake Daniel, a reluctant psychic, helps her to research the case, only to discover that his own family are entwined with the shadowy forces that seek to control the minds of the mad.

As the body count rises, and those she loves are threatened, Jamie discovers that the tendrils of conspiracy wind themselves into the very heart of the British government. Can she stop the killer before madness takes its ultimate revenge?

A thriller with an edge of the supernatural, Delirium is a story of love for family, revenge for injustice and the question of whether we all sit on the spectrum of madness somewhere.

Available now in audiobook as well as print and ebook. Audiobook review codes are available, so please contact J.F.Penn if you'd like one.

The Bride Prize by Sandra Schwab

I am happy to announce the release of the paperback editions of the first three novellas in my series about a fictional Victorian magazine. Join the reporters of Allan's Miscellany and discover the world of nineteenth-century publishing. There are knights in shining armour, Assyrian lions, and a giant statue that might tear the world asunder.

The digital edition of The Bride Prize, the first in the series, is currently free on Amazon US , Kobo , Barnes & Noble , and Apple  and features a medieval tournament, two unlikely lovers, a very grumpy editor, and an unfortunate dearth of umbrellas.

Find out more about the series (and about the winged lions!) .

AD Starrling features on the Pubslush Blog this week, where she talks about how to make your characters believable. 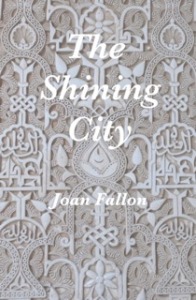 Delighted to hear that the on-line magazine, Shelf Unbound, has honoured my novel The Shining City as the most notable book in the epic/saga category of its 2014 competition.

A work of historical fiction, it is set in 10th century Spain during the time of the Moorish caliphate. Omar, a young potter who is hoping to make his fortune by selling his pottery to the Caliph’s court, meets and falls in love with one of the Caliph’s concubines and sets off a chain of irreversible consequences.

Available from Amazon and other book stores as a paperback or ebook. 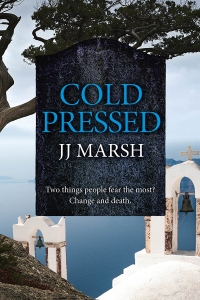 ALLI authors shone in the first Independent Author Preview by The Bookseller in association with NOOK.

Caroline Sanderson selected Cold Pressed by JJ Marsh and Successio by Alison Morton as two out of three of her Editor's Choices.

Keith Dixon's The Strange Girl was featured in Crime and Thrillers, plus Chele Cooke's Fight or Flight was one of the Fantasy and SF picks.

Caroline's comments: “I’m confident that the titles selected here represent some of the best of those available. They are well edited, professionally presented and written with a flair equal to anything you might find on the list of a traditional publishing house.”