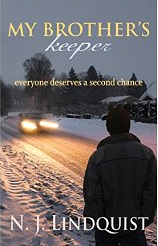 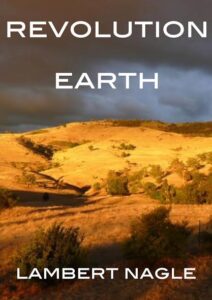 Lambert Nagle (co-writers Alison Ripley Cubitt and Sean Cubitt) are thrilled to have been awarded a B.R.A.G. Medallion for Revolution Earth.

Stephen Connor, trainee Metropolitan Police detective is first on the scene when a cyclist is killed in a seemingly ordinary hit-and-run.

Just another tragedy on a London street?

Download a copy of Revolution Earth for free all this week at Amazon US, Amazon UK, Amazon Australia and most other Amazon retailers. 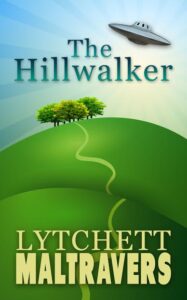 My book is called The Hillwalker, a Tale of Magick, Love Potions, Vampyrs and Public Footpaths, and is written under my nom de plume, Lytchett Maltravers.

The Hillwalker is a contemporary comic fantasy romance. With all sorts of other stuff that I don’t tell people about because that would spoil the fun of reading it. Obviously there’s a UFO in it, as there’s one on the cover. And there are magick, love potions (or a love potion, anyway) and vampyrs. And public footpaths. The Ughford Evening Bugle described it as hill-arious, but as that’s a newspaper I’ve made up that probably isn’t the most objective review.

Lytchett Maltravers collects stamps, watches cricket (test or four-day format only) and is a practicing new-age shaman. This is his first published work of fiction. 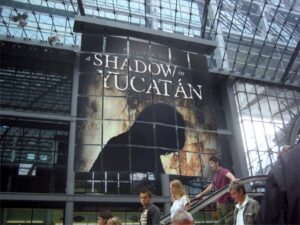 To celebrate both a stunning review by Chris Rose and Narrative Magazine selecting another story as one of the five top stories of 2013/14 I am offering a first edition (signed) copy of A Shadow in Yucatan to the first email pulled out of a hat on the 30th December.

If at all interested you are already a friend so please admit it here,  and enter for that book.

As a bonus you also get the first Canto of Involution, which could change your world view if you let it. The winner of the book will be contacted directly and announced on my Facebook page. 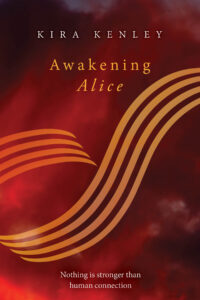 Awakening Alice, the second book in The Harris Trilogy, is about love and redemption. It considers whether it is possible to go back and rekindle first love that has been betrayed.

Denzel Anderson is drug-free for the first time in his adult life and filled with a sense of new beginnings. However he is haunted by a past that promised true love. Curiosity gets the better of him and he seeks out Alice Cooper, the only girl he has ever loved. He discovers that after almost two decades apart they are both in London and makes a decision to reconnect with her. But first he must work through his present day demons.

Alice Cooper is all set to get married but she cannot stop thinking about Denzel Anderson, the lost boy from her teenage years.

Awakening Alice tells the story of their love, through the eyes of the two people who lived it, as they consider whether it is possible to find each other again despite all the odds.

Author Kira Kenley published book I of The Harris Trilogy All The Way Back to Here in 2013. The final instalment, Adam’s Apple is due for release in 2015. 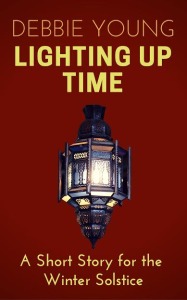 New Ebook for the Shortest Night

Lighting Up Time is a new short story by Debbie Young, now available as an ebook single on all digital platforms, published as a seasonal December read with no mention of Christmas!

Instead, the theme is the winter solstice, which in the northern hemisphere falls on December 21st.

Lighting Up Time tells the story of Emma, a young English journalist, who when required to babysit in a dark country house on the longest night of the year, must confront both her fear of the dark and her unresolved grief for her late Great Aunt Sophie. Where will she find the courage she needs to avoid risking an even greater loss? This single short story will brighten the darkest night and offer comfort and hope as the days grow longer.

An earlier version of this story was originally written for a winter solstice-themed blog hop called “Lighting Up the Darkness“, organised by fellow ALLi author Helen Hollick last year, and Debbie has dedicated this ebook to Helen.

Debbie is now planning to write three more stories with themes to suit the summer solstice and the spring and autumn equinoxes, to make this a quartet.
(Apologies to friends in the southern hemisphere – you'll need to wait till 21st June for this story to be timely for you!) 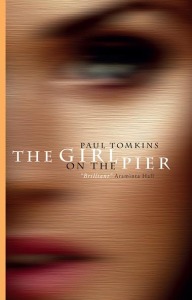 My debut novel, The Girl on the Pier, is out now. I have self-published a dozen sports books, two of which made the overall Amazon.co.uk top 40, with many of the others not far behind.

Brilliant […] The Girl on the Pier is a thought-provoking psychological thriller […] It is a well written and enjoyable novel, with some fantastic use of language and metaphor. The exploration of art, and how we respond to it, works very well, and is a great backdrop to the novel. […] A lovely writer, this is a fantastic idea for a story.” – Araminta Hall, author of Everything and Nothing and Dot

I designed all the artwork myself (as an ex-designer), and the cover has front and back flaps, inside printing and a special gloss lamination of the title that only shows up at certain angles.

The official release date was set to be January 28th but I’ve made it available from the wholesalers in the lead-up to Christmas.

I have a new book out this week – My Brothers’ Keeper.

In his family’s eyes, 18-year-old Shane Donahue can’t do anything right while his twin brother Scott is perfect. The trouble is, Shane agrees. He just doesn’t know how to change. Shane’s search to reinvent himself takes him through a world of anger, pain, and false friendships. He wonders if being alive is worth the trouble. Maybe they’d all be better off if he wasn’t around.

Ethan Walker is intense, lonely, and bi-racial. In other words, caught between two worlds, belonging to neither. However, Ethan has recently connected with a diverse group of people who believe God can make a difference. Shane is drawn to the idea of a new beginning. Just as Shane begins to change his way of life, he’s accused of robbery and attempted murder. Even worse, his family believes he’s guilty. If that’s God’s way of showing He cares, Shane’s so out of there.

But the unexpected happens: Shane’s new friends rally round. Can they convince him God has a bigger plan—one of restoration and hope?