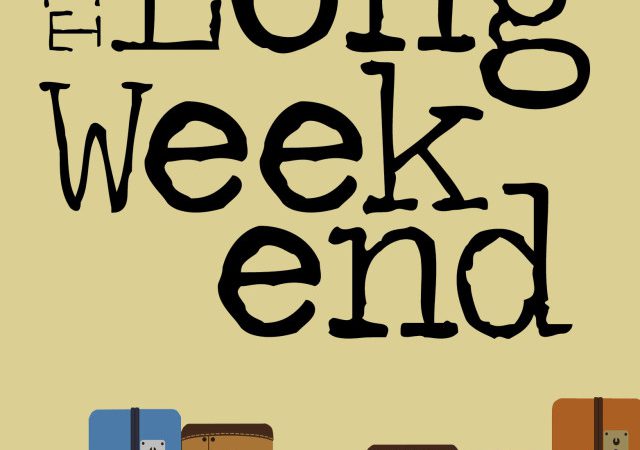 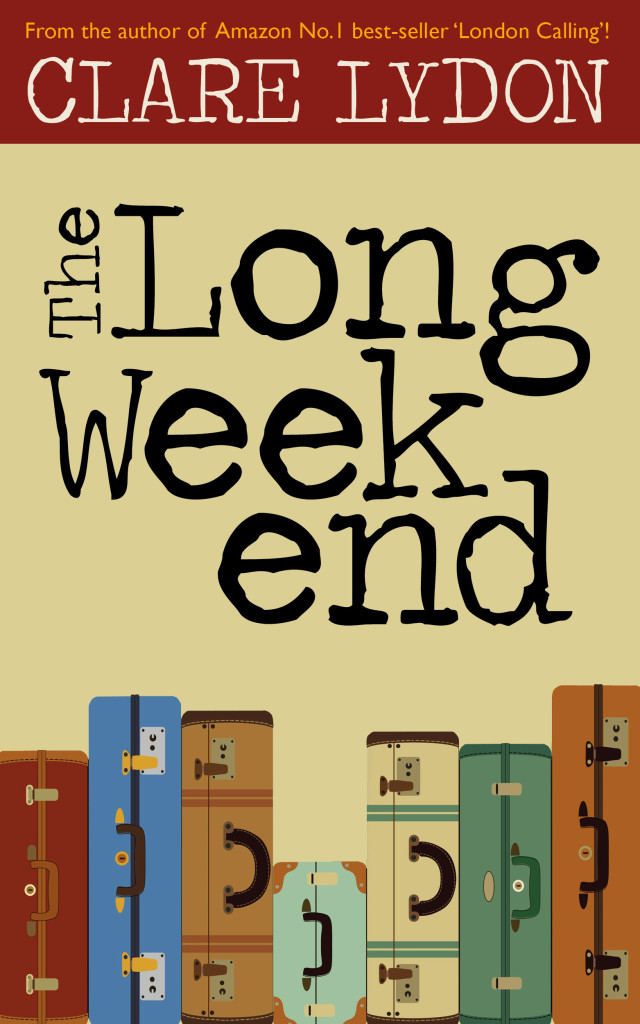 I have just released my second novel – The Long Weekend, available at Amazon UK   Amazon US

Twenty years since meeting at university, a group of friends rent a house in Devon to celebrate. Fresh air, sandy beaches and historic friendships – what could possibly go wrong?

The catch is, university sweethearts Vic & Stevie are on the rocks, their three-year marriage floundering, while Kat & Abby’s combustible relationship looks set to ignite at any second. Meanwhile, Tash & Laura have downed responsibilities & kids for the weekend and are ready for some fun; single CID sergeant Geri can’t wait to get away from the London scene to reboot her slumbering love life and that’s not to mention Stu & Darren who bring their own baggage…

Add in laughs, simmering tension, romance & no shortage of wine and you’ve got all the ingredients for a rollercoaster ride of a long weekend… 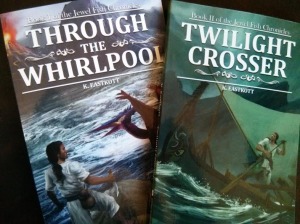 I'm thrilled to announce the print launch of Books I and II of my environmental fantasy series, the Jewel Fish Chronicles, Through the Whirlpool and Twilight Crosser.

“A champion must be found to save the ocean of Shah. Eerie and destructive forces are at work. Connected by a bizarre rift between dimensions, an unconventional girl and a young nomad must unite to oppose the rising threat.

As Kreh-ursh and other young aspirants of his tribe struggle to survive a life-testing initiation rite, he is wracked by guilt over a friend’s violent death. Yet soon he will be called to overcome an even greater trial that will tear him away from everyone he holds dear.

Jade and Kreh-ursh must combine forces to save both their worlds, though rescuing those they love means braving the absolute dread of the rift.”

I’ll be at the Indie Author Fair (IAF), in Chorleywood, on 16 November at 2 pm, along with 40 of the UK's most promising indie authors, with free copies available as a promotional giveaway.

Roz said: ‘It's been a joyful collaboration and I'm thrilled with the way Sandy has given my characters humour and humanity.

Lifeform Three has been gathering a consistent slew of high-starred reviews on Amazon, including a page-long review in the Surrey press  and a sounding endorsement from multi Hugo and Nebula award-winner Kij Johnson. 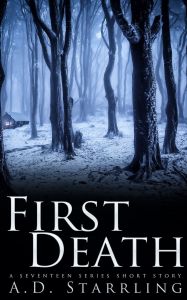 1570. Carpathian Mountains, Moldavia. Ten-year-old Lucas’s life is a simple but happy one. All that changes when the Hunters finally track down his whereabouts.

Forced to bear witness to horrific scenes that forever shatter his innocence, he discovers the shocking secret behind his less than ordinary existence. What follows is a fight for survival that will define the nature of a boy bound to an incredible destiny whose origins have been lost to the tides of time.

Available on Amazon US, Amazon UK, Kobo, iTunes, and Smashwords. 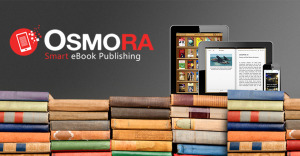 Her ultimate objective was to turn every negative eBook publishing experience in to a positive one for all Indie-Authors and Self-Published Authors. Consequently, in 2012 a new path to eBook publishing emerged.

Derived from the Greek and Egyptian words OSMOS & RA, Osmora has come to mean: the action or process of moving creative power.

Osmora is the fastest, easiest, low cost Web portal for Indie-Authors and Self- Publishers to create, publish, promote, monitor and sell high quality ebooks on the largest eBookstores and retail channels worldwide.

Designed with easy and intuitive eBook Publishing tools removing upfront conversion costs, enabling worldwide tracking of eBook sales in 190 countries, distributing eReader formats compatible with all devices and charging a commission based ONLY on eBook sales, is now available. 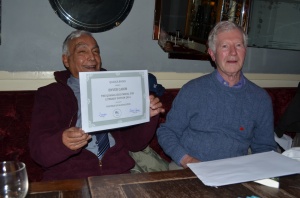 Enver Carim winner of the Quagga Award with David James.

On Tuesday November 4 at The Star of Kings, London, N1, David James presented Enver Carim with his award for The Price of an Education, the winner of this year’s Quagga Gold Medal for Literary Fiction.

The Price of an Education tells a story of seduction by money. At times, especially when treating the drug scene, the novel has the cutting edge of un roman engagé. ‘I’m going to become a lawyer regardless,’ declares the narrator Leo Allen early in the book, ‘That’s the best way to get that bastard who shot my dad – by smashing his support system.’

The novel is immaculately presented and intriguing in its unwindings – integrating apposite interludes in the young hero’s past with his (and his author’s) compulsive urge to realise a vision of social order from the iniquities of drug trafficking.

David extends his warmest thanks to all of this year’s entrants. Details of the 2015 Prize may be found on his website.

The Writing Competition is geared towards original, unpublished or self-published, fictional, English language manuscripts. The First Prize will be a SilverWood-produced ebook published with KWL. The Runner Up will receive the new Kobo Aura H2O.

Entrants are to submit a single page synopsis (no longer than 500 words) of the plot of the book they would like to publish along with first chapter (no longer than 5,000 words). The deadline is 31 December 2014.

P D Murphy is a self-published author with Silverwood Books. His first book came out earlier this year, ” As I Walked out through Spain in Search of Laurie Lee.”

He will be flying the flag for Self-publishing at the forthcoming “Routes to Publication Symposium” hosted by Falmouth University on the 27th November 2014.

Paul will be speaking about his own publication journey at the event as part of a panel of speakers. All the other Authors have been traditionally published.

Want to hear what the author of Sarah’s Journey is really like?

Come hear him discuss his life growing up in Hamilton, adventures in European capitals, friendships with artists and writers, the hurly-burly of life in Manhattan, politics and unions in the big apple, his struggles and eventual success as a writer.

All caught frankly in his latest publication Episodes and Vignettes; an Autobiography by David Richard Beasley 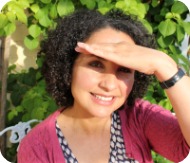 ‘More than Chocolate Bars and Knitted Socks: The Contribution of Women Workers at Cadburys during World War One.'

In this illustrated lecture Fiona Joseph delves into Cadbury archives to reveal stories of selfless dedication and service to the soldiers in need, exploring how these accounts have inspired her forthcoming novel, Comforts for the Troops.

Where: Birmingham and Midland Institute
When: Monday 17 November 2014, 1 pm
The event is free to members and £3 for non-members.
More info on Fiona Joseph's blog