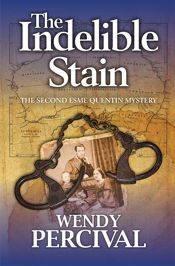 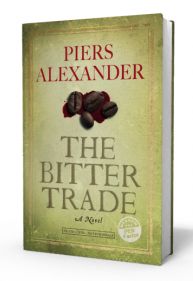 After winning Pen Factor in 2013, The Bitter Trade has gone on to garner praise from the industry.

Agented by Meg Davis of Ki Agency and with a cool editor Sally O-J, who is Sarah Waters' editor, I worked with Rebecca Swift and TLC to develop a launch plan.

I decided to invest in print (litho not POD, larger runs) and have got it into a couple of dozen bookshops so far via Gardner's the distributor.

Met Matt Bates of WHSmith Travel at the Historical Novel Society conference, pitched him the book, he read it on the way home and said lots of nice things about it… including “I can see it in our stores!”

Trade paperback is of The Bitter Trade going into all the WH Smith Travel airport shops from 23 October half term, and then a regular paperback will go into all 500+ WHST bookshops in March next year. 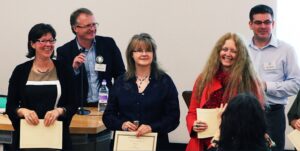 Lorna Fergusson is delighted to announce two recent competition wins. In August she won Words with Jam Magazine’s First Page Competition with the opening of her work in progress, The Concealment.

She’s just been interviewed about her writing by fellow ALLi member Alison Morton on her Roma Nova blog. 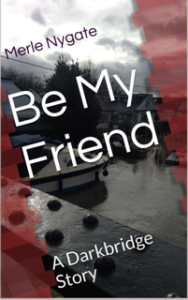 Be My Friend by Merle Nygate

Liz and Emms are best friends. Liz, a corporate psychologist, has managed to bury her dark past and chooses to remain single. Emms is happily married with two adorable kids. Both live and work in lush, prosperous Surrey where nothing bad should ever happen. When it does, with fatal consequences, Liz is ready to fight her way past confusion, fear and her own demons to protect her friend.

But as doubts creep in and events spiral out of control, Liz is forced to confront an unthinkable truth.

The line between suspicion and obsession is dangerously thin, and loyalty and friendship can slide into dangerous collusion. Who can Liz believe? Can she even trust herself?

“A thriller that stabs at the heart of what it means to be a good friend.” Isabelle Grey, author of Good Girls Don’t Die.

Amazon Select Publication Date of Be My Friend is October 10th. 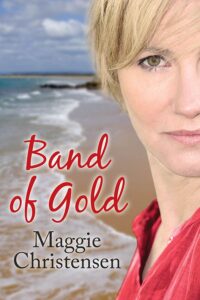 Band of Gold, deals with the tricky topic of new romance after a failed marriage.

Anna Hollis is a forty-seven year old schoolteacher living in Sydney, Australia. She juggles her busy life with a daughter in the throes of first love, and increasingly demanding aging parents.

Anna’s world collapses when her husband of twenty-five years leaves her on Christmas morning. She makes it through the family festivities, explaining his absence with a flimsy excuse, but later breaks down on a Sydney beach where a stranger comes to her aid.

Marcus King has returned to Australia from the USA, leaving behind a broken marriage and a young son; through their mutual hurt and loneliness, a fragile friendship is formed when he takes up the position of Headmaster at Anna’s school.

Written in first person, present tense the author slips the reader into Anna’s shoes as she struggles to leave the past behind and learns to trust again. Can Marcus be a part of her future?
Amazon US  Amazon UK  Amazon AU 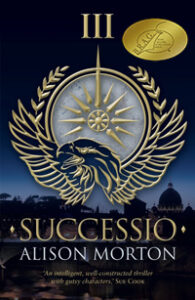 Three things have come Alison Morton’s way this week. Firstly, Successio, her latest book in the Roma Nova alternate history thriller series, has been awarded a B.R.A.G. Medallion. Along with Awesome Indies and Ascribe listings, the B.R.A.G. is one of the ways for readers to discover self-published authors’ work which has been through a review and recommendation process.

‘It’s the third time,’ says Alison, ‘and you never know if your luck is going to hold! Naturally, I’m delighted Successio has found favour.'

The second was learning that she’d been shortlisted for a national short story competition. ‘I nearly fell off my chair when I saw my name on the page,’ she says. Writing Magazine runs an annual competition for its new subscribers. ‘I’m a long-form writer and really struggle with short stories, but I know it hones my writing and gives me a different challenge. But I never expect to get placed.’

And the third, which could come under the ALLi ‘Open Up To Indies’ campaign, is that she was accepted for membership of the International Thriller Writers, a published writers’ organisation that has until recently been for mainstream authors only.

She had to complete a questionnaire covering sales, how her books were published and distributed, where they were available, what marketing she’d done herself, if she’d used a marketing company, and reviews and awards. And finally, she had to send a copy of each book in for assessment.

ITW includes some of the most famous and bestselling authors in the world; professional, active and serious are their watchwords, but so are celebration, camaraderie and mutual help. Sounds a bit like ALLI? 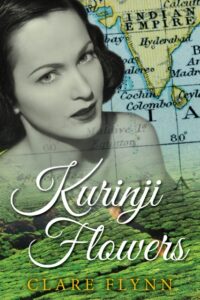 It is 1936. Ginny Dunbar, an 18-year-old debutante, has been exploited for years by a charismatic, older man. The fallout from this abusive relationship jeopardises her future.

But Ginny gets a second chance with a new start in India. Alone to cope with the repercussions of her past, Ginny has to battle her inner demons, the expectations of her husband, mother-in-law, and colonial British society, and her prejudices towards India and its people.

Clare Flynn is the author of A Greater World. Kurinji Flowers was proof edited by ALLi member Darlene Elizabeth Williams, with a cover design by ALLI member Jane Dixon-Smith (who also did the cover for A Greater World).

The Indelible Stain, the second in the Esme Quentin mystery series inspired by genealogy, is now available on ebook and paperback, published by ALLi partner member, SilverWood Books.

In the first of the series, Blood-Tied (published October 2013), Esme has to uncover past secrets to learn the truth behind her sister’s seemingly unprovoked attack.

In The Indelible Stain, Esme is visiting the North Devon coast when she discovers a fatally injured woman at the foot of a cliff. Although the death is assumed to be accidental, Esme is not convinced, troubled as she is by the woman’s dying words. The subsequent trail for answers leads Esme back into the dark and dangerous history of nineteenth-century convict transportation.

The Indelible Stain is available through Amazon.co.uk, Amazon.com, Kobo and Nook.
Amazon UK    Amazon US

I've been nominated for Best New Author at the Ultimate Planet Awards for  my book London Calling this year.

I write lesbian romance novels and Ultimate Planet is a lesbian website. The awards ceremony is being held in London on November 2nd. If anybody wants to vote for me, the link is here for London Calling:

The cover for my debut novel is also up for a Rainbow award. If you want to vote  for me, please do so. 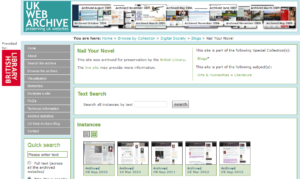 Roz Morris's blog Nail Your Novel has caught the eye of the British Library and been archived for preservation as part of its special collection for Arts, Humanities and Literature.

She is thrilled, but slightly perturbed to see screenshots of designs she'd rather leave discreetly in the past…

Join ALLi for another Insights Seminar, this time tackling the world of Dramatic Rights. ALLi Director Orna Ross will be joined by Nat Mundel of Voyage Media, who’ll be taking your questions and providing an overview of the processes involved in taking a book from page to screen and getting your work optioned in Hollywood.
Find us at http://www.youtube.com/user/IndieAuthorALLi on the day or join via our hangout link.
Event starts at 7pm GMT / 2pm EST / 11am PST 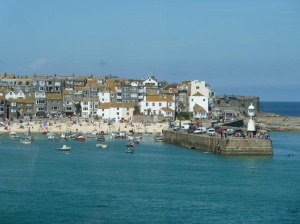 She has upcoming workshops on various writing subjects in Oxford  and from 17th-19th October will be running Fictionfire by the Sea Writers’ Workshop and Retreat in beautiful St Ives, Cornwall. 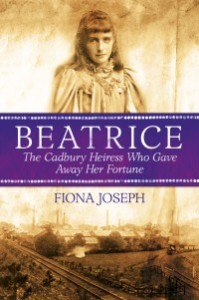 The author of Cadbury biography, Beatrice, will be running a session for aspiring writers based on the Voices Of War archive of Birmingham during World War One.

Participants will explore texts, news items, photos, letters, oral testimony and memorabilia as the springboard to writing a creative piece. She will also talk about how local archives have inspired her forthcoming novel Comforts for the Troops (women working at Cadburys during WW1).