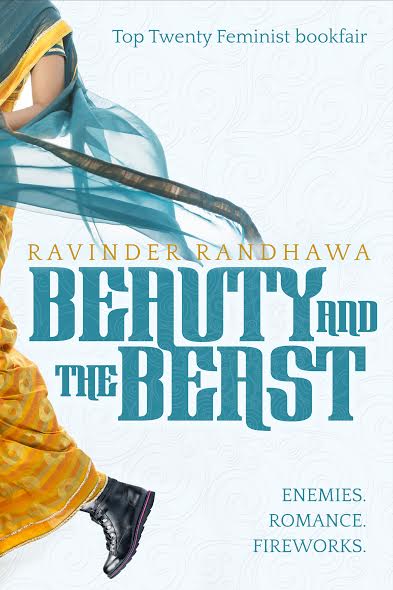 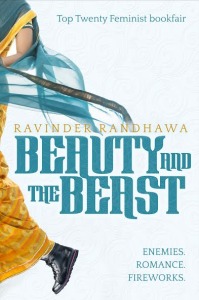 I'd like to submit my YA novel Beauty and the Beast.

‘Problems? Confusions? Contradictions? I got them all and if you've got them, then FLAUNT them is my motto.'

Meet Harjinder (aka Hari-jan): ‘A' level student, supermarket worker and desperate journalist. Feisty and impulsive, Hari-jan can't refuse a dare and to make matters worse has fallen in love with the wrong boy. Her best friend Ghazala has taken to wearing the hijab and mentoring racists.

Can Hari-jan battle through the hurdles and win her man?

Can Ghazala work out how to do Good in her own way?

Beauty and the Beast is a sparkling, coming-of-age novel about life, love and friendship.

FREE to download for 3 days from 1st to 3rd October.

The Strange Girl by Keith Dixon

Private Investigator Sam Dyke is hired to find a man who’s been released from prison and subsequently gone missing. But the ex-con is an ex-cop who might have been imprisoned for a crime that he didn’t commit.

Working for the man’s daughter, Sam soon discovers that this isn’t just a missing person’s case – there are other people involved, including the owner of a high-profile casino and a senior police officer. And when the brutal representatives of an Asian gambling syndicate show up with their own brand of persuasiveness, Sam knows that he must put things right before he and everyone he loves become potential targets …
Amazon UK: Amazon US: Kobobooks:

My new Kindle novelette, The Tokyo Karaoke Murder, is now available for pre-order on Amazon.

A trip to Tokyo for a job interview goes badly wrong for expat Londoner Josie Clark when she's accused of murder on a night out at the karaoke. With just an hour to prove her innocence she has to think fast to expose the true killer. Can she do it?

It’s a short read (around 50 pages), perfect if you have an hour to kill and fancy matching your detective skills against Josie's. It’s a prequel to the Josie Clark in Japan mystery series. The cover design is by the well-regarded Design for Writers, who’ve worked with me to develop an author identity for my series of East-West fusion murder mysteries. 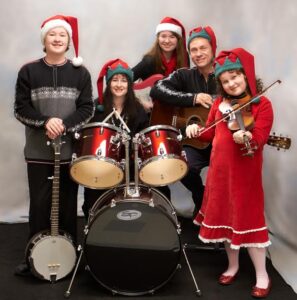 Something Nobody's Done Yet – I'm the First!

As far as I can tell, I'm the first to produce a project that puts indie music, art, and storytelling inside a book. My Painting my Songs series will debut October 2014.

Each book features ten chapters of stories about the inspiration behind an original song and the original oil painting for the album cover. Links to watch me paint the art and listen to the song are included in the book, making these books an interactive sensory experience.

With my life wrapped up in books, I'm surprised that it took me so long to realize that I should merge my careers. Painting my Songs is a natural destination on my journey as an indie artist and entrepreneur. 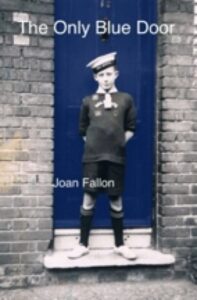 The Only Blue Door by Joan Fallon

Imagine you are a twelve-year-old girl; you have a happy life and a family that loves you, then bit by bit your life disintegrates and you find yourself alone, thousands of miles from home.

It is September 1940, Maggie and her young siblings, Grace and Billy, are living in the East End of London with their mother. Their father has been killed at Dunkirk and their mother goes into hospital to have her fourth child, leaving the children with a neighbour

In one of the worst bombing raids of the war their home is destroyed and the neighbour is killed. Bewildered and frightened, the children wander the streets until they are taken in by some nuns. But their problems are not over; no-one can trace their mother and, labelled as orphans, they are sent as child migrants to Australia.

This novel is based on the experiences of real people and reflects the attitudes of the day towards child migration during and after the Second World War.

Help Philippa Rees with a Vote

I have written a brief (rather over defined) Essay to enter for some free publicity (for Involution) that might result if it makes it into a collection. A radio interview may follow as well as wider exposure.

This ‘making it' is through VOTES! If you can spare a moment to vote for P.A.Rees (from this list) I would be most grateful. The essay subject and length was very prescribed so not much leeway…! The link is here. 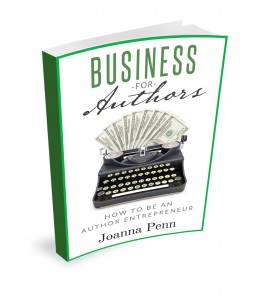 Business for Authors: How to be an Author Entrepreneur by Joanna Penn

This is not a book on creativity or the craft of writing. My aim is to take the result of your creativity into the realm of actually paying the bills. To take you from being an author to running a business as an author.

It contains everything I know about running a business as an author, after 13 years as a business consultant and 6 years as an indie author. 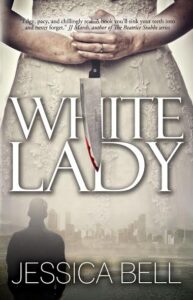 Ready for some fun?

If you put a White Lady, two rubber duckies, a man with crooked eyebrows, and a carving knife in a garage for 24 hours, what will you find in the morning?

To celebrate the release of Jessica Bell's latest novel, White Lady, she is giving away an e-copy (mobi, ePub, or PDF), and a $10 Amazon gift card to the person who answers the above question the most creatively in the comments of her blog today. Be sure to leave your email address! If you win, you will be notified personally by email within 48 hours.

Want more chances to win throughout the month of October? You can comment on as many book tour blogs and Facebook posts as you wish for a chance to win the book.

In each post you will be given three statements about Jessica, or the book. Two are lies and one is true. You need to guess which statement is true.

The first person to answer correctly within 48 hours on each post will win a copy of the book. Also, at the end of October, one random commenter will be chosen from all the posts to win a $50 Amazon Gift Card (or cash via PayPal). Click Here to for links.

For Amazon Prime members and Kindle Unlimited subscribers, White Lady is FREE on Kindle until January 2015 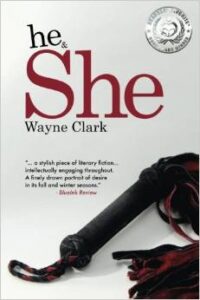 I'm delighted to announce that my novel, he & She , was recently awarded a silver medal for general fiction by judges at the 2014 Readers’ Favorite International Book Awards.

The award will be presented Nov. 22 in Miami during the Miami Book Fair International, North American’s largest book fair.

Published last October, he & She tells the story of a middle-aged man who has become numb to life after years of relationship failures, dashed dreams and endless Scotch.

The novel has been called “… a stylish piece of literary fiction… intellectually engaging throughout. A finely drawn portrait of desire in its fall and winter seasons.”

he & She is available at all major online retail outlets in paperback and eBook versions.

Promises to Keep is Book Two in the Love in Provence series and a continuation of the story begun in The Promise of Provence.

Currently, it has a 4.5/5 rating. There will be six books in the series.

After falling in love in the south of France, Katherine’s future seemed full of promise. Christmas in Provence would be magic. Until the note appeared … and a secret threatened to destroy everything . 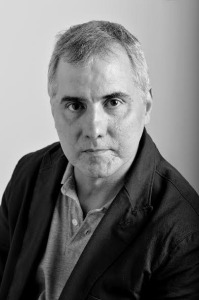 José Ramón Torres is celebrating International Translation Day with his English-into-Spanish translations of five books on all major ebook retailers, and 2 more on the pipeline. That’s on top of some 300,000 IT-related words so far this year.

He’s looking forward to a break from translation until mid-December, when he expects to publish his own first novel, but will once again be available to translate your books in 2015.

What authors are saying about his work: 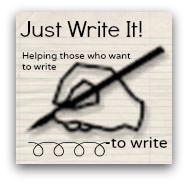 Win a Free Place in a Writing Workshop

Just Write It is offering you the chance to win a free place on their four-day writing workshop this November.

The workshop is for beginners and beyond and will include:

All workshops are with published authors so you can learn directly from their knowledge and experience and get a REAL workout.

For more information on this please click on this link . 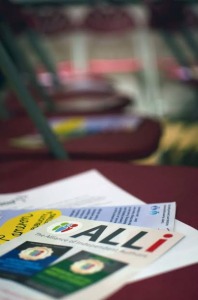 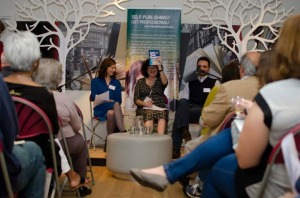 Flying the Alli Flag in Bristol

As part of a panel of speakers expert in various aspects of writing and publishing, Debbie kicked off the event with a talk entitled “Is Self-publishing a Misnomer?” in which she defined what it means to be an indie author and shared advice on how to self-publish to professional standards.

She also described how joining ALLi can help any indie author become more successful – although for some of the audience she was preaching to the converted, as there were a number of members on the panel (Diego Marano of Kobo Writing Life, Ben Cameron of Cameron Publicity, author Sandy Osborne and of course SilverWood Books too), and in the audience.

Debbie is now planning to launch a Bristol-based meetup group for ALLi members, using the lovely Foyles bookshop as its meeting place, and open to anyone who wishes to join from anywhere within easy travelling distance of Bristol.

Debbie's talk is now available on her website for anyone who wishes to read it. 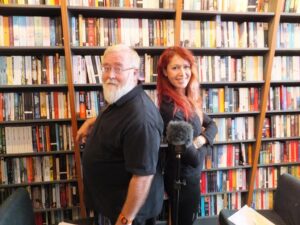 So You Want To Be A Writer? – Roz Morris's show on Surrey Hills Radio with bookseller and all-round indie champion Peter Snell is now available for listening on demand at the bookshop website.

Topics tackled so far include starting to write and building a habit, how to get published, how to self-publish well, planning a non-fiction book or memoir and planning a novel. ALLI members are probably well versed in all this, but if you know anyone who's beginning their writing journey, this could be the nudge they need.

Next episode is 2pm BST Wednesday at Surrey Hills Radio .

Fiona Joseph is appearing at Birmingham Literature Festival on Wednesday 8 October 2014 in a WW1 panel discussion called ‘Writing from the Home Front'.

Joining Fiona will be the creative team from the BBC Radio 4 drama Home Front (editor Jessica Dromgoole, writer Shaun McKenna, and actor Bella Hamblin). The panel will be chaired by Prof Maggie Andrews.

As part of the event Bella Hamblin will be reading an extract from Fiona Joseph's forthcoming novel, Comforts for the Troops (a novel inspired by women workers at Cadbury's during WW1).