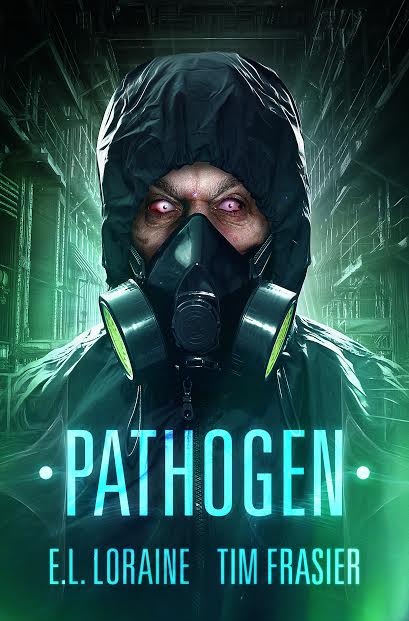 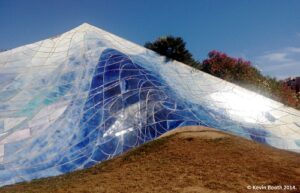 Barcelona Free Art is a guide to free art you can see around the city of Barcelona. The emphasis is on curious pieces which are often omitted from mainstream guides.

The criterion is that the art must be accessible for free, so the blog offers you a low-cost alternative to paying to enter galleries. An app and a print guide are on their way. 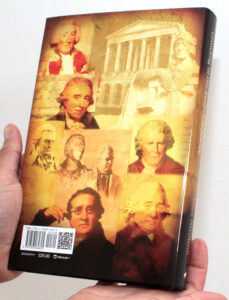 Nice to see author / publisher Allan Nicolson looking so pleased and proud having taken delivery of his Burns hardback biography.

I was pleased to play my part, as designer / illustrator, in the production of this lovely book. I’m now in the later stages of designing the cover for his next release, a crime genre ebook.

The Scholar’s Tale: A Semi-Autobiographical Novel by David James

Readers join Roy Musgrave, a scholar turned biography and fiction writer, as he drags up his past by paying a visit to an old student and mistress in Tunisia. However, as readers quickly realise, a man steeped in textual study is often less adept in reading the Book of Life.

The book is the sixth novel to be published by David James who is now completing Basic English, a textbook on writing. After a career of teaching English in schools and universities, in the UK, North America, Morocco and the Gulf, Dave turned to writing fiction in the 1980s. He has been a member of various writing circles, and a regular speaker at The Winchester Writers’ Conference.

In 2012, at the Dickens Bicentenary in Rochester he gave talks on Dickens and readings from his penultimate novel Charles Dickens and the Night Visitors. He is a member of The Alliance of Independent Authors and a constant attendee at bookfairs and bookfests.

My third book, Forever the Road, was launched on Mon, Sept. 8.

A tale of travel, destiny, and beer, Forever the Road  was released on Sept. 8, 2014. In Forever the Road, three wanderers in India battle their hearts and their destinies as an awakened evil prepares to destroy all life.

The third book in the ongoing Rucksack Universe series, Forever the Road  is available worldwide as an e-book (US$4.99, all formats) and trade paperback (US$15.99, 458 pages). More info and store list here. 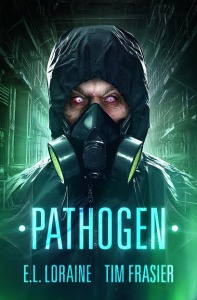 I’m excited to share the new cover for Pathogen by Conzpiracy Digital Arts, who has also done all my new covers for Royal Blood Chronicles. He just finished two covers for Stephen King's, French Dark Towers series. Pathogen will release October 28th!
What if the government doesn’t want a cure?

A blinding light in the South-western sky changed everything. Nothing worked anymore and all Alexis could do was hope that her boyfriend and fellow scientist Jackson would still head to New Orleans for their week end together.

She couldn’t help thinking the worldwide pockets of viral outbreaks and this were somehow connected. If she and Jackson combined their efforts just maybe they could stop this before it became an epidemic.

Now she was stuck on the road alone and it wasn’t long before she realized it was too late; they couldn’t out run a virus. If the world was over run all they could do now all they could do was to figure out how to survive and keep the uninfected from becoming, mindless, flesh eating monsters.

The world and character building of best-selling author E.L. Loraine with the specialty horror telling skills of Tim Frasier has combined in this dystopian – Pathogen. It’s chilling in an all too believable way.

I’m grateful to Michelle Elvy for including me in her article “Creating Other Worlds: Fantasy and Adventure on Page and Screen”, at Awkword Paper Cut, where she shines a thoughtful light on various approaches to the writing of fantastical things

I talk about the DNA of my own five published tales so far, and the categories they tend to get slotted into – Literary Fiction, with a touch of Magical Realism and a dusting of Horror.

And with merciful brevity, I even touch on that weighty philosophical question: the difference between a plant and a weed… 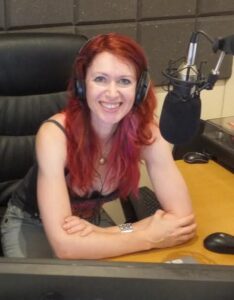 Roz Morris's radio show ‘So You Want to Be a Writer‘ had its debut transmission last week on Surrey Hills Radio, co-hosting with bookseller Peter Snell of Barton's Bookshop.

They chatted about how to get started as a writer, freeing the mind, practising regularly and becoming a creative soul. ALLI members are probably way more advanced than this, but if you know anyone taking their first steps with a book-writing dream, send them to the show.

Programmes will be available for download from Surrey Hills Radio and from the Barton's Bookshop website  and the next show airs on the Surrey Hills website on Wednesday 10th at 2pm. 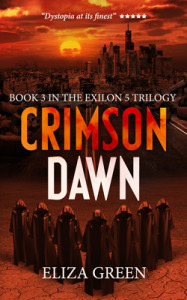 I'm excited to announce the release of Crimson Dawn, Book 3 in the Exilon 5 Trilogy, on 3rd October 2014.

Peace always comes at a price.

With the newcomer, Serena, settling in to District 3, Stephen begins to question who she really is. Anton, overtaken by a malevolent personality, struggles to hold on to his identity.

The malevolent personality has only one target in mind: District Three’s remaining elder, Pierre.

Laura experiences some dangerous side-effects after a treatment she receives, forcing Bill to choose an ally who will help save her. But who will he side with—the World Government or the Indigenes?

Crimson Dawn is the exciting conclusion to the Exilon 5 Trilogy. 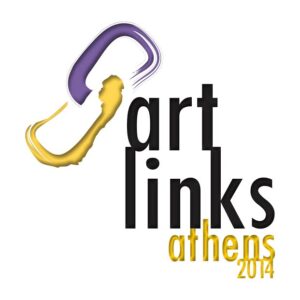 As you most probably know, Greece's economy is shot. There isn't an iota of a chance that the government would even consider giving money to the Arts. So I urge you, please make a donation, big or small, to

It's very rare that Athens gets something so fabulously spectacular here. And the majority of the events being held are FREE! I'm also very honoured to be doing a reading there. If you'd like to donate, to help make this festival a success, please click HERE. 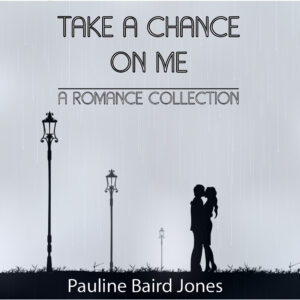 Announcing two releases in September. Top Guns in Time and Space brings two of my award-winning novels together for a special, limited time. This was a fun bundle to create.

Out Of Time was an Eppie (now called Best book award by Epic) and The Key was a Dream Realm Award winner and also an IPPY (Independent Publisher Awards) Bronze Medal winner.

My latest audio book project went on sale this week, too. Take A Chance On Me is a collection of short romance stories that were originally published in several of my previous publisher’s anthologies.

If you are a member of The Alliance of Independent Authors and you would like to showcase your work on our ALLi Showcase, please send it to [email protected] to reach me no later than the Friday proceeding the Wednesday you would like it published