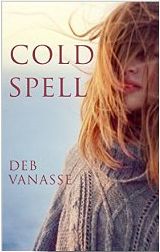 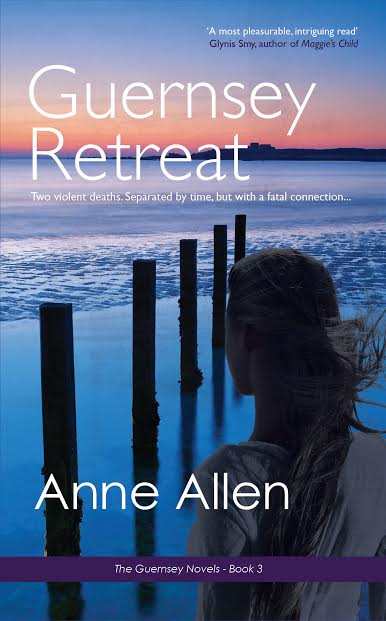 Anne Allen has just released her third book in The Guernsey Novels series, Guernsey Retreat. All the books are stand-alone but are linked to the earlier ones, with both characters and places popping up, creating is a sense of connectedness. Guernsey Retreat is a mystery/romance and also looks at the issues of family relationships: one of my recurring themes.

At the moment only available in kindle, there will shortly be a paperback version too.

A man loses his father. A young woman loses her mother. Both in tragic circumstances that lead, when they meet, to surprising revelations from the past.

Louisa needs to find the father she has never known, to warn him of possible danger – for them both. Her search takes her from England to Guernsey. Malcolm's journey is more tortuous: conceived in Guernsey, he travels to Canada as a baby with his bereaved mother.

Many years later he arrives in India, and from here he is led back to Guernsey to open a health centre at La Folie. This was his father's home, where Malcolm was conceived, but never lived and where his father was killed at the start of the Second World War.

At the heart of the two deaths lie stolen jewels. Valuable enough to kill for. Twice.

Finding her father brings Louisa more than she bargains for, and her life is transformed, while Malcolm learns that life is, after all, for sharing… 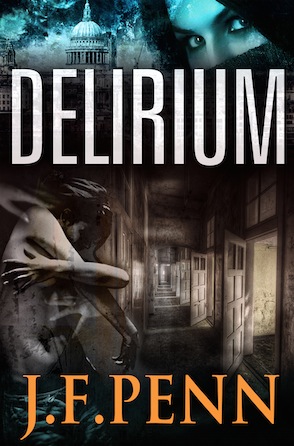 “Those who the Gods wish to destroy, they first make mad.”

LONDON. When a prominent psychiatrist is found murdered in the old hospital of Bedlam, Detective Sergeant Jamie Brooke finds herself investigating the history of madness to fathom the motive. Blake Daniel, a reluctant psychic, helps her to research the case, only to discover that his own family are entwined with the shadowy forces that seek to control the minds of the mad.

As the body count rises, and those she loves are threatened, Jamie discovers that the tendrils of conspiracy wind themselves into the very heart of the British government. Can she stop the killer before madness takes its ultimate revenge?

A thriller with an edge of the supernatural, Delirium is a story of love for family, revenge for injustice and the question of whether we all sit on the spectrum of madness somewhere.

Available now in ebook formats and coming soon in print and audiobook.

Pam Laricchia recently published her third book, Life through the Lens of Unschooling.

Drawn from her popular blog livingjoyfully.ca , this collection of essays sheds light on the day-to-day lives of unschooling families.

Tackling everything from learning to read to visiting relatives, the book is organized around nine key words that have been woven into the fabric of her family's unschooling lives. The theme is life; the lens—unschooling.

It's available at Amazon. 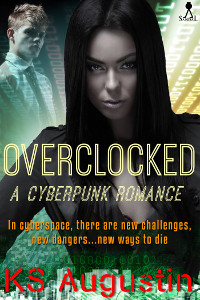 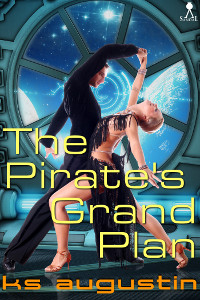 Sandal Press will be holding a month-long promotion in August, to celebrate our third birthday and the opening of our stores at Limited Run and Gumroad.

Overclocked: Two rivals vie to be the first cybernaut but, when one gets lost, it's up to the other to find him, despite the rocky past between them. (Cyberpunk SF romance)

The Pirate's Grand Plan: An SF romance take on Pygmalion. What do you get when you cross a member of the Republic gentry with a beleaguered pirate? The sparks that fly is only just the beginning! (Future historical SF romance)

Normally US$3.99 each, both novellas will be free at our new stores with the use of checkout code “4ksaugustinreaders”.

Each novella comes DRM-free and in a bundle of four formats (Epub, PDF, PRC and Mobi).

My novella, The Temple Is Not My Father, has been out for 2 weeks. The response has been gratifying. Grady Harp (Hall of Fame Reviewer, Vine Voice and Top 50 Reviewer) says this about my novella:

Rasana Atreya is an important writer – not only because she creates novels of intense interest and fine writing technique, but also because she is unafraid to take on the circumstances of her mother country India and as a proactive feminist brings to light aspects of Indian tradition and cultural proclivities that are likely unknown to most Westerners.

In June 2014, Glam magazine (UK) called my first novel, Tell A Thousand Lies, one of their ‘five favourite tales from India.' 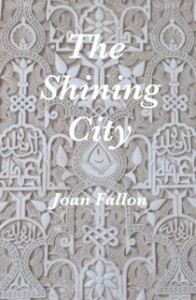 One of the advantages of writing books about Spain is that you have a great excuse to trot about the countryside investigating things. During the research for my novel The Shining City we visited Córdoba numerous times – not an arduous task and only two hours drive from Málaga.

We made three trips to Madinat al-Zahra (my husband wanted to know why I couldn’t get it all down the first time) and a couple of visits to Bobastro and Ardales. 10th century Spain was a period in history that I knew very little about and when I first heard about the ruins of Madinat al Zahra I was intrigued by the idea that a palace-city of such magnificence should have lasted for such a short time.

It was the summer of 2001. I picked up a leaflet about an exhibition that was to be held in the museum at Madinat al-Zahra; it was entitled The Splendour of the Cordovan Umayyads.   I remembered my childhood love of Tales of the Arabian Nights and I was hooked. So we drove across from Málaga, on a blistering hot day to see what it was all about.

All I needed to do was to make the city come alive through my characters. I've called the novel The Shining City because ‘Madinat' (or medina) is the word for town and ‘Zahra' means shining or brilliant. It's said that the caliph called the city al-Zahra because, at the time it was being built, he was in love with a slave girl called Zahra. It could be true; there are certainly written references to a concubine of that name but I prefer to think that ‘Zahra' referred to the magnificence of the city itself. 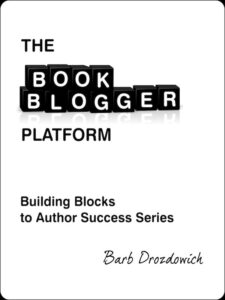 I've published my latest book today – The Book Blogger Platform. It is currently only available on Amazon.

Are you a book blogger or do you want to be one? Are you having trouble handling the technical details of blogging? The Book Blogger Platform can be a “user manual” for your blog! A book written by a book blogger for book bloggers and that answers all your questions! 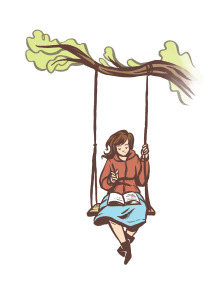 Our mission is simple: to introduce successful literary women to other women writers at the beginning of their careers who would benefit from some insight, knowledge and support.

Launched in April this year, the idea is that women publishing professionals ‘pay forward’ time and experience to those women writers who are just starting out. The mentor pool has around 80 writers, illustrators, poets, literary agents, and editors.

As a freelance writer, I’ve experienced many of the frustrations and barriers common to women writers trying to develop a writing career, and as a literary consultant, I see the benefits mentoring gives to a writer’s development. Signing up to the WoMentoring Project was the natural thing to do.

One of the unexpected rewards of mentoring is that my writing is improving too. As writers we are constantly learning new skills and discovering new ways to write better.

Applications are accepted year round for mentors and mentees: full details about The WoMentoring Project are on the website   or catch us on Twitter at @WomentoringP.

The guide is free to download from CompletelyNovel and includes step-by-step instructions for typesetting your own book using Microsoft Word.

Typesetting is a crucial part of the book design process that you can’t afford to overlook. That’s why we’ve created a free, step-by-step guide to typesetting and uploading your manuscript to CompletelyNovel, which can be downloaded as a PDF.

I'm thrilled to announce the publication of my crime thriller debut novel, Invasion of Privacy, on Thursday 7th August.

When a beautiful young cellist is found brutally murdered, elite computer hacker Brody and police detective Jenny team up to track down the serial killer responsible. The answer lies in an illegal voyeuristic website impervious to Brody’s considerable hacking talents… An ingenious thriller that will keep you guessing. Available in paperback and eBook formats.

It's actually a double launch, because on the same day I also launch a prequel called Social Engineer, which is a 60-page novella introducing Brody Taylor in a standalone story.

A pharmaceutical company under cyberattack from China. The chemical formula for their Alzheimer’s drug at stake. Can elite hacker Brody Taylor fortify their cyber-defences before it's too late..

Being a untried debut author, I'm trying this double launch as a marketing strategy. The logic of the much cheaper prequel is to funnel as many people as possible into downloading and reading the prequel (cheaper making it more likely to happen).

And for those that enjoy it, hopefully they will go on to purchase and read the full-length novel. I would have sold the prequel for free if I could, but Amazon's inconsistent approach to price matching is making this ever harder. I plan to keep ALLi members posted on the success of this approach.

Shadows and Light is a compilation of 37 stories from authors around the world coming together to aid the key UK charity, Women’s Aid.

Stories from some of the best in indie publishing writing today, as well as a couple of big names. The tales range from horror, noir, crime to a bit of Sci Fi and romance thrown in, all for your entertainment, while helping to make a difference and further the awareness of domestic abuse.

Deb Vanasse's novel Cold Spell, a literary/book club crossover about a woman who's obsessed with a glacier, has debuted to glowing reviews in Publishers Weekly, Booklist, and Foreword Reviews.

Though she had agent interest, Vanasse opted to place the book herself with a small press, negotiating to keep all but the English language print rights.

A feature article on Vanasse and her latest novel was picked up by Associated Press and reprinted in several newspapers. 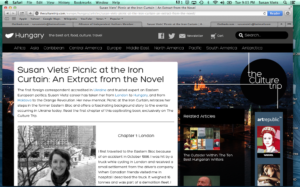 TheCultureTrip, which “showcases the best of art, culture and travel for every country” sometimes republishes the introduction/first chapter of a book which can help sales.

My memoir, Picnic at the Iron Curtain: From the Fall of the Berlin Wall to Ukraine's Orange Revolution, covers events in Ukraine that provide some context for what's happening there today.

It was featured on the site in July.