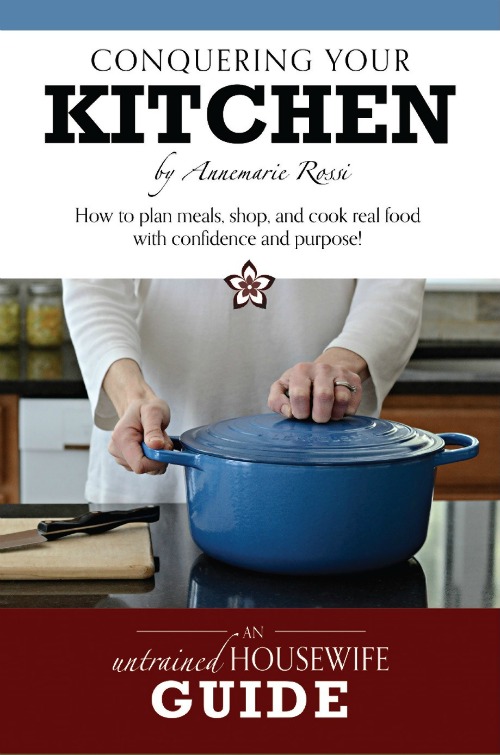 The Hunt for Tomorrow is an on-line scavenger hunt that will send participants on a virtual odyssey through twenty-two dystopian futures in search of the answers they need to win. The Hunt is on for one weekend only, although there is no time-limit for completing the course.

Intrepid scavengers must solve clues at each of the dystopian author stops as they progress through the course. The twenty-two indie authors participating in The Hunt include best-selling, award-winning and emerging writers from the United States, Canada, and the United Kingdom

The Hunt is open to scavengers around the world; there is no cost to enter and one grand prize winner will be selected at random from all eligible entries. 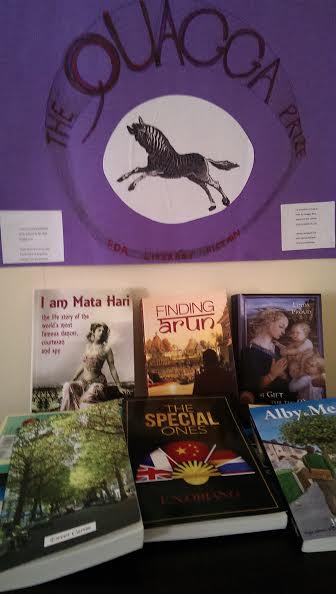 Networking with novices: An evening in Sutton Library

David inaugurated proceedings by emphasising the exponential rise in self-publishing over the past two years and the unique opportunities now available for new writers. Jane then recounted her self-publishing journey from her initiation into traditional publishing via her triumph in winning the Daily Mail prize for debutant novelists to her conversion to the self-publishing scene and subsequent commercial success as an independent author.

Julie’s route was considerably more parochial, her series of domestic novels being set in Sussex and aimed primarily at sedate ladies of a certain age. Sales were modest but the target audience avidly demanded more, so Julie obliged, writing and hand-selling her novels at women’s groups and charitable events.

In the packed room – there was literally not one vacant seat in the house – the audience revealed themselves as eager apprentices to the exciting enterprise of self-publishing.

Somewhat surprisingly none of them had yet self-published, but only one confessed to seeing the venture as being a fall-back choice to traditional publication. In the book display at the rear copies of various journals on writing and publishing were eagerly snapped up, as was the occasional copy of a book by a contributor. Nevertheless, there is clearly a hungry public hungry, ‘somewhere out there,’ as we say, eager to exploit – and even be exploited in – the self-publishing land of opportunity. 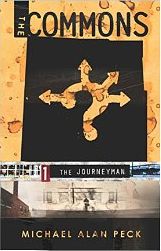 The Journeyman was born as a book idea before getting side-tracked as a screenplay. The script was much loved by my agent and manager and got me several studio meetings. Not selling it to any of them was the best thing that could have happened to it; I retained the rights and was able to make it into what it was intended to be all along—the first novel in a planned trilogy.

“Paul Reid died in the snow at seventeen. The day of his death, he told a lie—and for the rest of his life, he wondered if that was what killed him.”

And so begins the battle for the afterlife, known as The Commons. It’s been taken over by a corporate raider who uses the energy of its souls to maintain his brutal control. The result is an imaginary landscape of a broken America—stuck in time and overrun by the heroes, monsters, dreams, and nightmares of the imprisoned dead.

Three people board a bus to nowhere: a New York street kid, an Iraq War veteran, and her five-year-old special-needs son. After a horrific accident, they are the last, best hope for The Commons to free itself. Along for the ride are a shotgun-toting goth girl, a six-foot-six mummy, a mute Shaolin monk with anger-management issues, and the only guide left to lead them.

Three Journeys: separate but joined. One mission: to save forever.But first they have to save themselves. 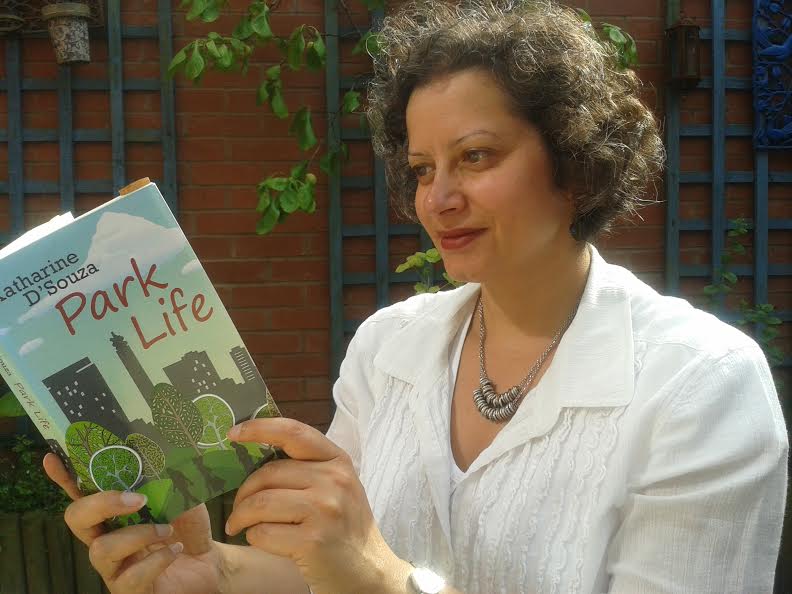 At 6pm on the 8th July I'll be in the Bookbox at the Library of Birmingham where I'll be talking about my novels Park Life and Deeds Not Words, my writing life, and why I'm inspired by Birmingham.

Then, from 7pm on the 9th July, I'll be with several other writers who've set their stories in Birmingham, all of whom will read snippets from our varied takes on the lives and times of contemporary, historical, and fantastical Brummies. The books are all selected from the Birmingham Reader's Map, which is worth a look if you'd like to discover more books based in Brum. The event will be at Ashton Levi coffee, a new cafe opposite Longbridge station.

Both events are free to attend.

Yesterday I discovered that my first YA fantasy ebook  The Railway Angel which I published in 2011, is an Amazon bestseller. It hit the top 20 in one ‘Free' list and the top 40 in another. Here is the info you will need for the showcase next week:

After a game of dare at a train station goes tragically wrong, fifteen year-old Lizzie Hammond becomes a lost angel, until she is tested and sent back to Earth to stop a teenager from risking their life on railway tracks, with persuasion and newly discovered magical powers. Passing her test, Lizzie now becomes a ‘Guardian Angel.”

It is available on all digital platforms via Smashwords, free.

Author AD Starrling will be featured on The Annie Othen Show on BBC Coventry and Warwickshire Wednesday 2 July at 11am for a live chat.

The interview was organised by Esther Harris of Booked PR, AD's UK publicist for the release of her third novel Greene's Calling.

Conquering Your Kitchen is a non-fiction book, the next in the Untrained Housewife Guide series by Angela England.

The author, Annemarie Rossi, has a conversational and informative way of explaining how to get your kitchen under control – not just simple recipes, of which there are over 80 – but also organizing your kitchen for efficiency, shopping within a family-friendly budget, and planning your meals so you can walk into your kitchen with confidence.

As a bonus, all the recipes in the book take 30 minutes or less to prepare!

Book is available through Amazon and other major retailers.

Available on Amazon and coming soon in print and on other ebook stores.

Just thought I'd share some unexpected news – my wee book, This We Know is  BookWork's book of the week.

And coincidentally, or not, I got the notification on the very day I'd set up a 5 day free Kindle download promotion – all downloads appreciated, reviews even more so 🙂 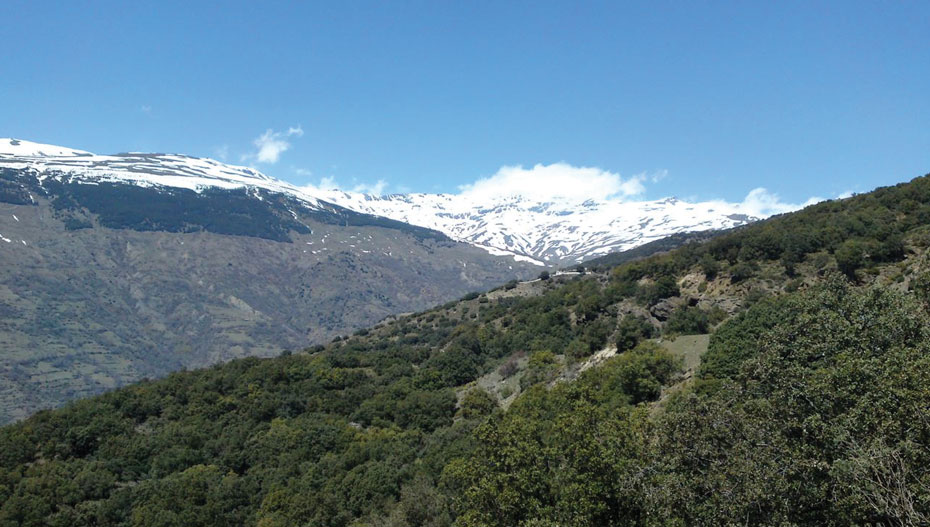 We are currently taking bookings for our 2014 Literary Adventure in the idyllic setting of Casa Ana in Spain, September 20th-26th. We encourage you to book as soon as possible to enjoy the writing holiday of a lifetime.

This year, award-winning author, inspiring tutor and mentor Rebecca Abrams will be joining TLC Director Rebecca Swift to run a series of exciting but practical workshops.

For a full programme and further information please click here. To book contact Rebecca Swift on 020 7324 2563 or email [email protected] 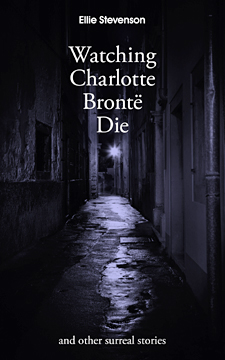 I'm having a Kindle Countdown Sale of Watching Charlotte Brontë Die: and other surreal stories from 4-10 July. The stories will be reduced to £1.99/$1.99 respectively.

“No bike wheels spinning high in the air, no ghastly corpse, or crumpled victim propped against a wall. The street was damp and devoid of life, but also of death. I watched the water running away. All I could think was one small thought. I hadn’t known Charlotte could ride a bike.”

‘Mystery does arise in many different places in this collection of nine stories from somewhat intriguing realities. Be prepared for the unexpected.’ Ingrid Stevens

The fourth mystery in my Detective Pat O'Malley Steampunk series, Steam City Pirates, has made it to the semi-finals of the Kindle Book Awards.

We are proud to announce that Reedsy is a partner member of the ALLi. Though not yet launched, we feel ours and ALLi's values, vision, and objectives are so closely intertwined that we wanted to partner up as we develop our service.

“We want to help indie authors” is an easy thing to say, but few make good on this promise like the ALLi. Their commitment to independent authors gives service providers like Reedsy high standards to meet.

So where do we come in? Reedsy helps authors achieve professional standards of quality by introducing them to the best freelancers in the industry, while ensuring they retain full editorial control over the finished product. Because that's what self-publishing is about.

We connect you with skilled freelance editors, cover designers and marketing specialists, all carefully curated by us. A lot of pretty statements, right? Well, in a few months they'll start coming true. That's a promise. In the meantime, come learn about how Reedsy will work at reedsy.com and read about what we're doing.