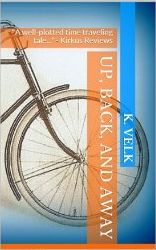 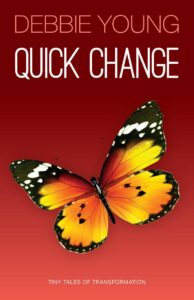 Subtitled “Tiny Tales of Transformation”, it's a collection of 20 stories, ranging in length from 100 to 1,000 words, pinpointing critical moments of change for a rich cast of characters. Arranged in order of the age of key characters in each story, Quick Change follows a natural progression literally from cradle to grave.

The ebook of Quick Change is now available worldwide via Amazon. Ebooks on other distribution channels and a paperback will follow a little later this summer.

If you're not familiar with flash fiction, here's an overview on Debbie Young's author website: 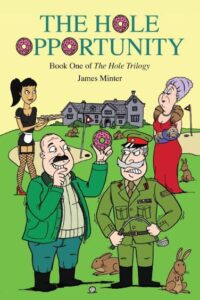 As with all authors I’m building my platform, seeking to establish a fan base and increasing the number of well-crafted books I write.

This time last year I went full time as an author and immediately immersed myself into writing as a well as sorts of marketing /promoting activities. One recurrent theme I saw many authors mention was the value of entering competitions.

From brief research I realised there are many—local, national and international—covering the range of genres, story lengths, fiction and non-fiction. I bit the bullet and submitted my first full length novel The Hole Opportunity to The Wishing Shelf Independent Book Awards (WSA) run by Edward Trayer, an award winning UK-based author and sponsor of Authorcon, a Manchester event and book fair celebrating independent authors of all genres.

I achieved a Bronze award in the Adult Fiction category. For me like many authors, I've never been quite sure about my writing as everyone who's given me good feedback has been someone I've had a connection with whether in person or on the Internet. The fact that people who have no knowledge of me other than through my book have read it, enjoyed it and voted for it means more than anything.

The Hole Opportunity is Book I of the Hole Trilogy and available for all Amazon stores in paperback or eBook form. Reviews are on my website .

The latest in the Jake Knight PI series launched last night. It’s the best one yet. Gut-Check Green is a climate fiction thriller of vigilante justice.

Enjoy a controversial, rapid-fire thriller set in California wine country. Gut-Check Green dances with diabolic characters and an action-packed plot to explore the future of veterans’ services and our food supply. It raises disturbing questions about over-dependence on GMOs and fertilizers.

Three terminal veterans and a tree-hugger use mayhem and murder to YouTube an agro-chemical company on product responsibility. P.I. Jake Knight must identify and capture them, and decide if their message justifies their means, before facing a ruthless killer, the Pencil Man. 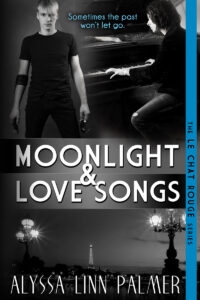 My gay romance Moonlight & Love Songs is 25% off in celebration of Pride Month.

When Le Chat Rouge’s pianist, Benoît Grenier, meets the club’s new singer, his world is turned upside down. He’d given up ever finding someone to love. His hopes and dreams of a life beyond the club are revived, while his heart heals.

Daniel Marceau has come from Marseille, looking to escape bad decisions and worse memories. He never expected to fall in love, and when his past catches up with him it could ruin the only thing he’s ever found worth living for.

Daniel’s fears and his reluctance to ask Benoît for help could cost them everything they’ve worked so hard to create.

Also available at Kobo and Smashwords 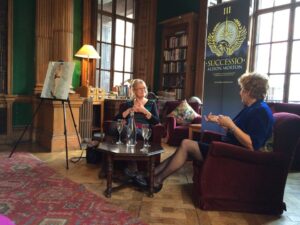 Alison Morton’s third Roma Nova thriller Successio came out on 3 June and was launched in London the following day at the University Women’s Club with broadcaster Sue Cook interviewing her.

And here’s a video of a few minutes of it.

Alison also spoke at the Tunbridge Wells library where she had a terrific welcome from librarians and readers alike. Libraries are so welcoming – every author should embrace them. And you sell some books!

And when she reached home after the launch and library trip, she opened her copy of Writing Magazine to find Inceptio (first in series) and Perfiditas (second in series) been shortlisted in the 2014 Self-Published Book of the Year competition!

I am grateful to a guide at the New York History Museum for giving me the idea of researching the reasons for the British disaster at Saratoga in 1777. What struck me was the gallantry of soldiers on both sides.

I decided to write a book about the British soldiers, who they were and why they had joined the army.

The Wessex Turncoat tells the story, based on fact, of a doomed army and a regiment which is decimated in battle, mainly because of the vanity and intransigence of an English general.

I'm an Alli member and I am running a kindle countdown deal next week – actually starting on the June 20 and running through June 26 (til 8 AM – Pacific Time – US). Up, Back, and Away will be 99 cents, or equivalent worldwide, for the duration.

In Up, Back, and Away Miles McTavish, 15, is undersized and inoffensive. He likes old bicycles, new music, and (don’t say it too loud), model railroading. As the only child of wealthy Dallas executives, it appears that a life of trustafarian ease is his birthright.

All those expectations are upended, however, the day he is summoned to the hospital bed of his friend (and fellow English three-speed enthusiast), Morgan Davies. Professor Davies has a secret to share: he once was a time traveler. He also has a task for his young friend: Miles is to travel back in time to 1928, and across the sea to England.

Miles' quest for the girl and the secret carries him from a great estate in England's beautiful countryside to London's jazz-age cabarets, and from terrified boy to heroic young man. 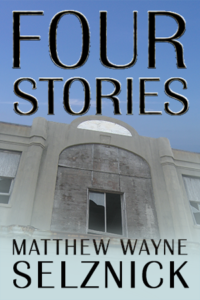 Four Stories begins with “You Got Me,” in which two people deal with unspoken pain at the end of a tough day.

Next, expectations and understanding challenge a young musician when he tries to make it through “Gig Number Two.”

In the third story, he says it’s “Not My Fault,” but she’s convinced his distractions will be the end of their relationship. How will he handle the most unexpected distraction of all?

“The Days of Wine and Roses by The Dream Syndicate” is the fevered mental soundtrack for a long walk through memory and pain to come to the rescue of a troubled damsel in distress one more time.

Get Four Stories for $2.99 at Amazon, or get 30% off with the offer code mws4alli when you buy from here — a limited offer, so don't wait! 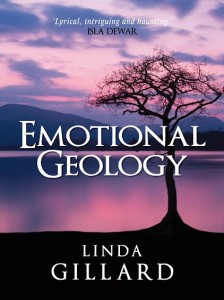 Linda Gillard's Cauldstane has been awarded a medallion by the IndieB.R.A.G website ( Book Readers Appreciation Group.) This is the second of Linda's books to be honoured. The first was Untying The Knot.

The IndieB.R.A.G website has become a trusted resource for readers. Indie books are vetted anonymously by a panel of ordinary readers and only 10% of the books submitted are awarded a B.R.A.G. Medallion. One of the criteria their readers use to judge a book is whether or not they'd recommend it to their best friend.

Linda Gillard recently appeared in Edinburgh as a guest speaker at the launch of Scottish Recovery Network's website, “Write to Recovery”. Linda spoke about recovering from mental illness and how her first novel, Emotional Geology led to a successful writing career, first as a traditionally published author, then as an indie. 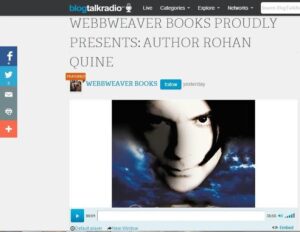 A big thank you to the charming CK Webb of blogtalkradio show “WebbWeaver Books” for letting me rabbit away for a pleasurable half-hour, as can be heard here

After her introductory shout-outs and then a brief audio hiccup with my own Skype set-up (which would never have happened to James Bond), my sound settings start treating me properly at timecode 07:02. Our chat then circles around my spooky little novella The Host in the Attic, which is a hologram of Oscar Wilde’s The Picture of Dorian Gray, digitised and reframed in cinematic style, set in London’s Docklands in a few years’ time.

I start reading a couple of passages from the novella at timecode 18:31.

Also just to mention that following a few sessions of dastardly plotting with Dan Holloway, involving a certain amount of malefic cackling in lightning-blasted ruins, it looks as if we shall soon see the emergence of a small new collective, aiming to inflict a bit of exquisite damage wherever we can (not to mention a bit of thigh-slapping good fun too, of course). Early August should see the first of a number of events connected with this – but more details soon.

Sarah Dale has been awarded an Indie B.R.A.G Medallion for her latest book, Bolder and Wiser. You can see more details on her website. 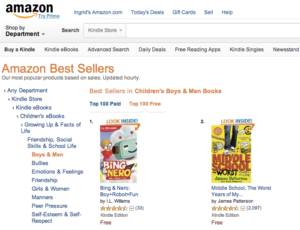 My free book promo just finished. My children´s picture book, Bing & Nero got 15,382 downloads. It hit # 1 in two categories and (at least) #2 in free Children´s ebooks.