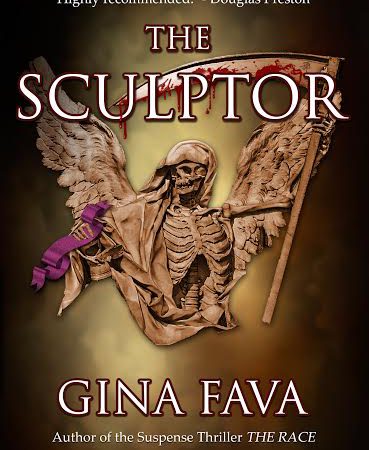 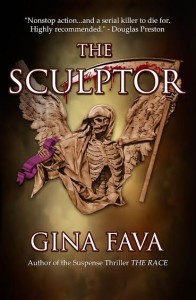 The plaster has been chiseled away, and now all is revealed…Gina Fava releases her latest suspense thriller, The Sculptor!

The serial killer known as the Sculptor is preying on Rome's graduate students. Barely thwarting his attacks in Rome, Venice, Tuscany, and the Swiss Alps, Mara Silvestri must uncover the family secrets in her past that draw him to her before the Sculptor claims her as his prized masterpiece. It's a thriller for fans who love Lisa Gardner, Harlan Coben, and Thomas Harris novels.

Douglas Preston, #1 New York Times bestselling author of The Monster of Florence and Relic says, “The Sculptor carries the reader on a harrowing journey of nonstop action, with vivid settings, sympathetic characters, and a serial killer to die for. Highly recommended.” William Martin, New York Times bestselling author of Back Bay and The Lincoln Letter calls The Sculptor, “A page-turning, spine-tingling heart-stopper that will keep you up all night. And when dawn comes and you turn the last page, you will agree that Gina Fava is one of the rising young stars of the thriller genre.”

The Sculptor is available in eBook and print on Amazon, B&N, Apple, Kobo, and at many fine independent booksellers. 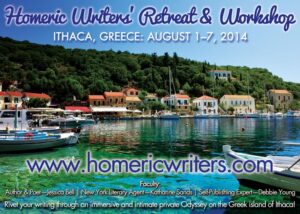 Can't decide on a holiday destination this summer? Why not consider the Homeric Writers' Retreat & Workshop on the Greek island of Ithaca? What better place for this unique experience than this beautiful Greek island that is truly a writer’s haven.

Ithaca remains unspoiled by the modern world. Even in the height of summer you can find a secluded beach or a rustic corner to contemplate your thoughts. On Ithaca you'll discover the island’s rich culture and the reason why it holds such a special place in the hearts of those who have visited its shores.

Attendees will be thrilled to learn that guests, Katherine Sands, well known New York literary agent, and Debbie Young, a self-publishing expert, will be speaking at this year’s retreat, and attendees will not only have an opportunity to spend quality one-on-one time with them, but will also benefit from group workshops. Bookings close July 1. Don't miss out! 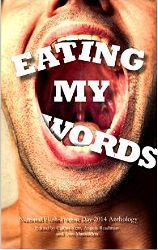 Debbie Young is pleased to have one of her stories selected for inclusion in Eating My Words the official anthology of the best flash fiction in the country, as chosen by the organisers of National Flash Fiction Day.

The theme of the anthology is “The Senses”, and Debbie's story is called “Please Remain Silent for the Benefit of Other Library Users (In Hushed Tones)”

The book is now available in paperback and print-on-demand, and is currently in Amazon UK's top ten for Literary Fiction Short Stories. Debbie is also planning to bring out a collection of her own flash fiction on National Flash Fiction Day this Saturday. 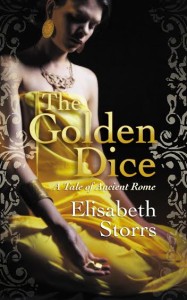 I’m promoting The Golden Dice: A Tale of Ancient Rome from 16-22 June in a Kindle Countdown in both the US and UK for 99c.

In The Golden Dice, sequel to The Wedding Shroud, three women follow very different paths to survive a ten year siege between Rome and the Etruscan city of Veii: Caecilia forsakes Rome to return to her Etruscan husband, Vel Mastarna, exposing herself to the enmity of his people and the hatred of the Romans who consider her a traitoress…

Semni, a reckless Etruscan girl, becomes a servant in the House of Mastarna, embroiling herself in schemes that threaten Caecilia's children and her own chance for romance…

Pinna, a tomb whore, uses coercion to escape her grim life and gain the attention of Camillus, Rome's greatest general, choosing between her love for him and her loyalty to another…

Historical Fiction at its best, this second volume in the Tales of Ancient Rome series explores the lives of women in war, giving a glimpse into the sexuality, religion, and politics of Roman and Etruscan cultures, two great civilizations in ancient history.

Here’s the UK link and US 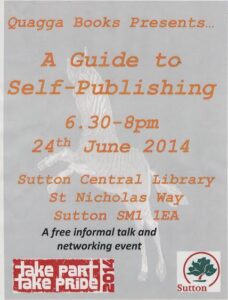 I have recently had a Midwest Book Review published, which gives some access to the American Library System. This opportunity to review ebooks is relatively new to the MBR and a great help financially when posted copies can take weeks, and often do not arrive. It is also a viable alternative to the subject of current talk, the Kirkus Review!

My reviewer, the Senior Ebook Reviewer was Diane Donovan whose reviews appear not only in the MBR but are also posted on her website. I think it is a service that many Alli members might wish to be aware of. I asked her to define the service so that it is clear, and said I would post the details to the Alli Newsletter. Here is what she wrote:

‘The Midwest Book Review is now accepting submissions of Ebooks for review. There is a fee of $50 to cover referrals to appropriate reviewers and administration. This does not guarantee a positive review: it does guarantee that your book will be carefully read and that the reviewer will provide a write-up assessing the book’s content, effectiveness, audience and overall value. Writers and publishers have the option to review what has been written prior to publication, and can request a review be placed in a specific monthly issue with a draft received prior to publication for publicity efforts.'

Her reviews are done for the MBR and are also posted on her website. She adds that Publishers and authors can contact her directly or through MBR.

Here is her review of my book Involution-An Odyssey which gives any Alli member an idea of the standard and comprehensive nature of her review for a very demanding book that even editors of sympathetic magazines have found difficult to ‘place'.

In addition Diane offers pre-publication assessment of manuscripts and can be contacted through her website. 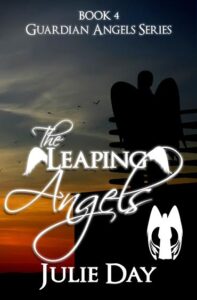 I have just published my fourth YA fantasy ebook called The Leaping Angels. It is available from Smashwords and shortly Amazon, Kobo and D2D.

How would you stop a group of teenagers from leaping from a hotel balcony to another? That's Lizzie and Danny's next mission – the group test. With graduate, Alex, they use their persuasion skills, memories and concentration on getting to the hotel where the teenagers are.

Only they find that their enemy, the Dark Angel, has got there first. For during their memory challenge, it starts to go wrong. The teens leap faster and faster from one balcony to another until one boy falls. With ‘what if' scenarios and flashbacks, Danny persuades the leader to stop his gang. But then Lizzie has to prevent a rival gang from doing the same.

With memories of her death and what just happened, she persuades them to leave, but the Enemy pushes one of the boys to fall. Alex flies to the rescue. Two groups saved in one day. They have passed their group test.

“A call is out for ideas to contribute to the Nottingham Festival of Words 16-19 October. The theme on Sunday 19th will be the Power of Words and ideas can be submitted until 30 June using the form which can be downloaded.

Quirky, engaging, fun, thought provoking ideas all welcome! The Festival can be followed on @nottwords or on Nottingham Festival of Words on Facebook” 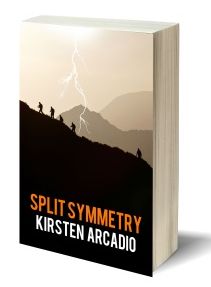 Split Symmetry is my second novel in my trilogy of speculative thrillers, the Borderliners trilogy.

Set in the near future, Split Symmetry is the story of what happens when a hike in the notorious Gran Sasso mountain range in central Italy descends into chaos on the same night that scientists decide to work on a clandestine experiment in a lab beneath the mountain.

Dr Elena Lewis must work around the clock to find members of her group who are lost, but just as she is close to finding them, the region is rocked by one of the worst earthquakes central Italy has ever known.

This multi-layered metaphysical adventure is the second instalment of the Borderliners trilogy, which can also be read as a stand-alone story.

Book one, Borderliners, is still doing well on Amazon.co.uk, and continues to hold its position on bestseller lists for Occult.

It took three years of writing and editing, beta-reading and a couple of rigorous creative writing courses to get it right.