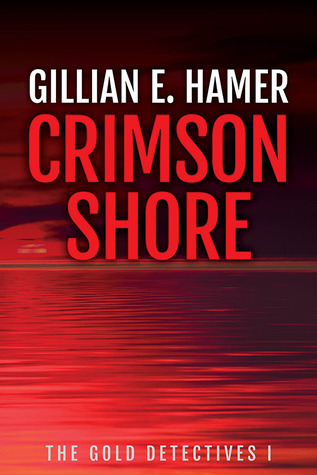 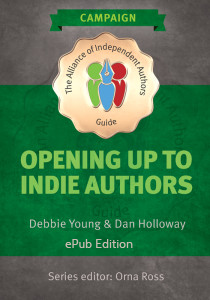 Opening Up to Indie Authors – Have you Got your Copy?

After much fanfare and some great sales so far on Amazon, Kobo and via the Self-Publishing Advice blog, we hope you are getting in on ALLi's latest guidebook for authors – Opening Up to Indie Authors.

Filled with case studies, advice and opinion for ways in which authors and the wider literary world can work together, we once again want to offer huge thanks to guidebook authors Debbie Young and Dan Holloway for producing such an outstanding guide. Suffice to say, we are all looking forward to keeping the fires stoked on this one throughout the year, and there will be plenty of satellite events appearing throughout 2014.

If you’ve read it and enjoyed it, a review on Amazon or Goodreads would be most welcome.

In the meantime, the Opening Up to Indie Authors campaign is still running – so don't forget to keep spreading the word by using our #publishingopenup tag on Twitter and sharing our petition with friends far and near.

We’ve been delighted with the response so far to our Opening Up to Indie Authors (OUTIA) campaign, with honourable mentions and honest debate left, right and centre — and some hearts and minds already changed. 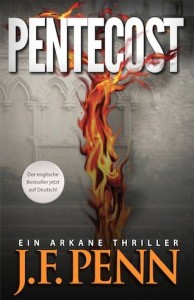 J.F.Penn and translator Tina Tenneberg have released thriller novel, Pentecost, in German through Amazon and ePubli for the other ebook stores including the Tolino alliance.

For buy links and more information.

The first in The Gold Detective Series, Crimson Shore by Gillian Hamer is the Triskele Books newest crime fiction release, on June1st.

Beautifully imagined, Meetings with Jake and Joe is a poignant tale of loss, betrayal, and redemption. Set in 1997, Henry Engel lives alone on an estate near the sleepy rural town of Lewis, MO. His is a seemingly simpler world not dominated by smart phones, technology, or social media. He is a good and decent man; a patriot and philanthropist. He is well-liked and greatly respected within the community.

However, Henry’s emotional walls allow no one to get close to him.

A stray Siamese cat’s mysterious appearance on the estate, and Henry’s inability to dispatch it, set in motion events and flashbacks from Henry’s life that captivate and entertain. In a surprising conclusion, salvation is had by some and denied to others.

Well-crafted and vividly told, Meetings with Jake and Joe is a complex and delightful story full of twists, turns, and surprises that leave the reader wanting more.

I am proud to announce that my novel, I Have Three Things to Tell You My Friend, received the 2014 National Indies Excellence Finalist Award in the category of Science Fiction. 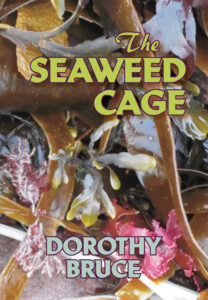 My second novel is The Seaweed Cage.

In a political culture underpinned by desire for power at all costs, three women clash and tangle when novelist and playwright Lippy is sucked into the life of Ramsay, ex-MP and fall-guy in the expenses scandal.

They become enmeshed in a deadly struggle for power within the Caledon Parliament. Machinations, murder and a chilling event on a North Sea ferry lead back to one surprising person. 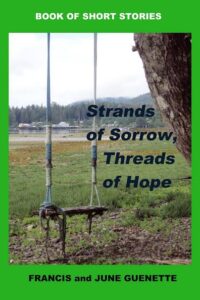 I am happy to announce the release of this slim volume of short stories and was excited to see it reach #6 (pictured beneath a book of short stories by Alice Munro and one by Jodi Picoult) on the Amazon Canada site – under Kindle ebooks, literature & fiction, short stories. A moment in time, but a thrilling one.

Strands of Sorrow, Threads of Hope is a book that shamelessly tugs at the reader’s emotions. A compilation of thirteen redemption stories, these glittering gems break the heart open with themes of loss, helplessness, jolting change and mistaken paths. For the reader who is willing to carefully untangle the words, within each strand of story sorrow there are threads of hope to be found.

Francis Guenette, author of Disappearing in Plain Sight and The Light Never Lies, has joined her creative voice to four of her late mother’s unpublished short stories.

Author Fiona Joseph will be giving an illustrated talk on the life of Beatrice Cadbury, the subject of her book, BEATRICE: The Cadbury Heiress Who Gave Away Her Fortune.

The event, which is on Monday 2 June at 7 pm, is kindly sponsored by Leominster Historical Society and Leominster Civic Society. Further information here.

Joe Cawley's Even More Ketchup than Salsa: The Final Dollop has been placed #18 in all genres of 50 Indie Books Worth Reading on Indie Author Land

Successful indie author Linda Gillard was interviewed by author Joanne Phillips about her mixed genre novels, one of which was selected by Amazon for their “Best of 2011” in the Indie Author category. Linda offers encouragement for indie authors who like to blur genre boundaries. 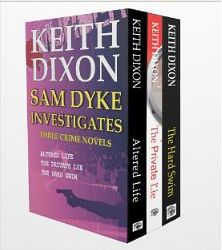 At last, together in one volume! To mark the publication of the fourth in the series, the first three Sam Dyke Investigations are now available in one edition.

Altered Life, The Private Lie and The Hard Swim are Sam Dyke's first three adventures and show how this tough, no-nonsense private investigator battles against personal demons and bad guys intent on putting him away.