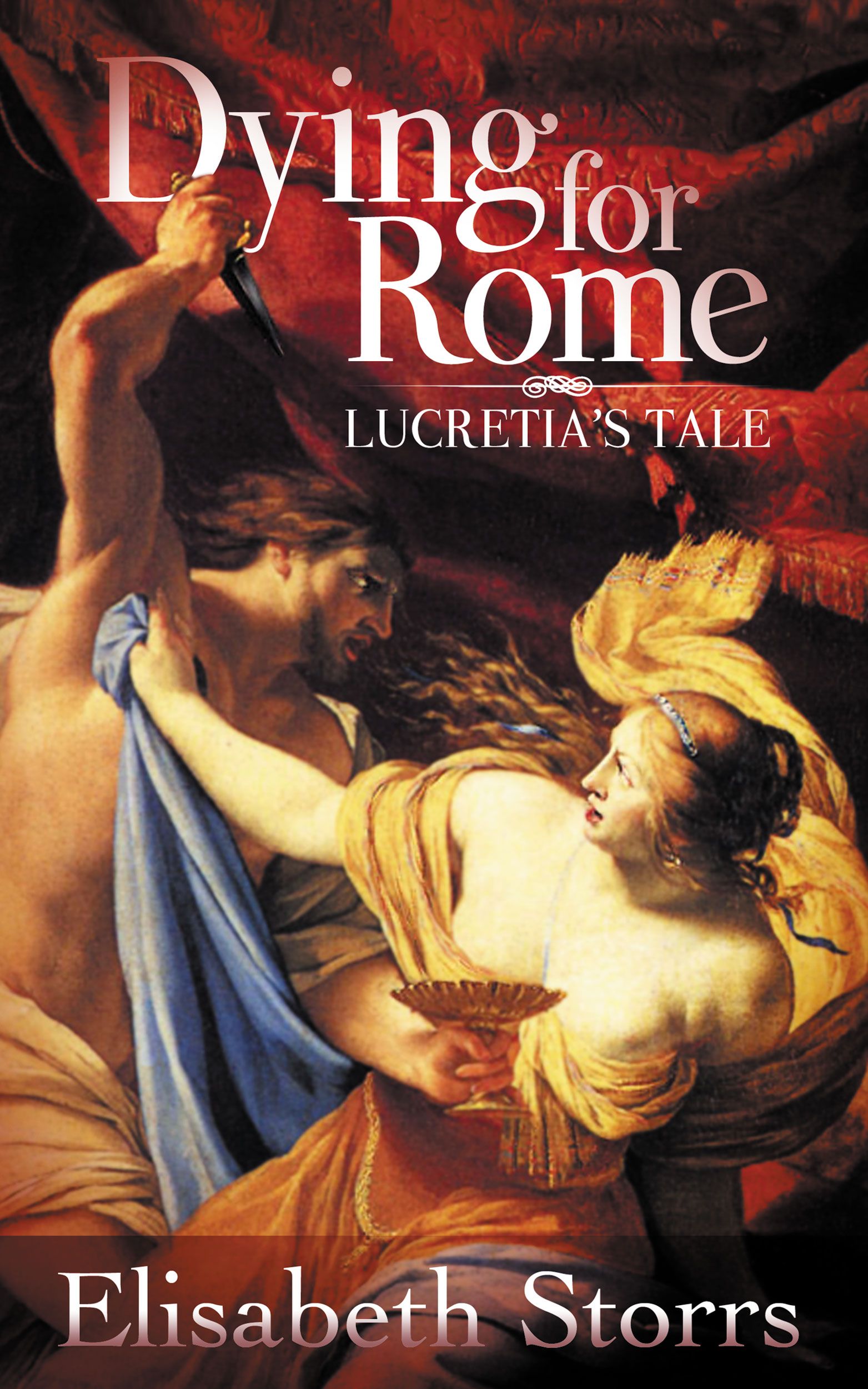 A presentation and live Q&A about How to Publish and Sell books through Kobo, a company now affiliated with retail bookstore partners in more than 90 countries. Mark Leslie Lefebvre, author, all-round book nerd and Director of Self-Publishing and Author Relations at Kobo is dropping by to tell us how it's best done and answering ALLi members' questions too.

The first half of the event will fill you in on how to publish your books on Kobo. The second sees Mark answer questions from new and established self-publishing writers, members of The Alliance of Independent Authors, about how to maximise book sales on the platform.

Also check out the Calendar section of the ALLI Website 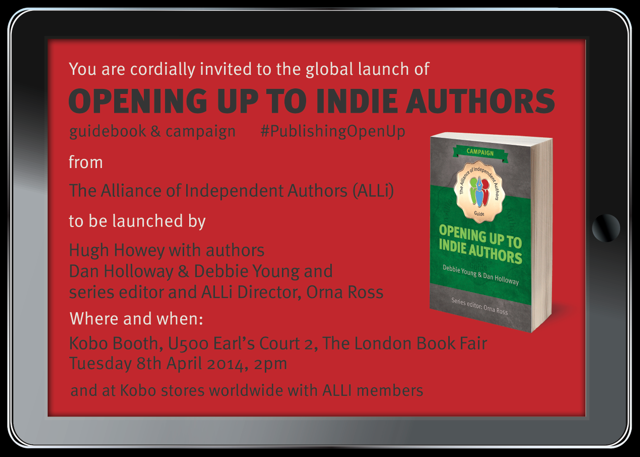 Opening Up to Indie Authors at the London Book Fair

Check out the London Book Fair Calendar – what ALLi and its Members will be involved in in the Calendar section of our Website. Remember we are launching the Opening Up to Indie Authors book, campaign and petition. Sponsored by Kobo, our LBF launch will feature Hugh Howey, Debbie Young and Dan Holloway, and will coincide with multiple satellite events around the world.

The guide will launched by Hugh Howey at the Kobo booth at the 2014 London Book Fair (Tuesday 8th April, 2pm) and features readings from indie authors Debbie Young and Dan Holloway, with 50% promotional copies of the book made available through the Kobo platform for the duration of the fair. 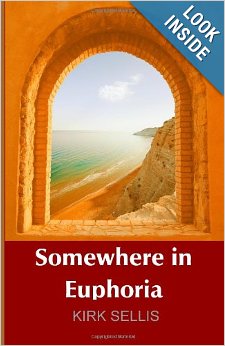 Somewhere in Euphoria is an amazing compilation of images and words that take its readers on a memorable journey where each image, poem or story comes alive as they travel from cover to cover.

The author, Kirk Sellis presents a fascinating work as his debut book. It reflects his refreshing, contemporary style and touches on diverse topics that affect each of us.

Words, when used positively, can motivate, inspire, captivate and even be soul- searching. They can also be a medium of expression, enjoyment and reverie. The list goes on. Simply put, words are powerful and encompass every aspect of our daily lives.

“A picture is worth a thousand words.” This expression has come persisted through the ages. Sight is one of our God-given senses and has the immense power of being able to transport us to far-flung places in seconds. Images allow us to see things, people and places that otherwise we may not have experienced.

Kirk combines these two powerful media to take you into a fascinating world that envelopes you in feelings of euphoria as you read on.

Partner Member Helen Hart of SilverWood Books ran a free session at Foyles Cabot Circus, teaming up with professional ghostwriter Tom Henry who has had 7 books published to critical acclaim. Together, Tom and Helen covered aspects of writing a memoir or autobiography: why you should/shouldn't, where to start, how to collate memories and source material, writing technique, where to get help, how to finish the project.

The discussion then moved on to practical considerations for publishing a book to the highest standard. The next event will be a WWII day at Foyles during the afternoon of Saturday 7 June 2014.

For a limited time, the newly released, eBook STAR edition of I Will Never Forget is available at special price of .99 at Amazon  AND I’m donating half of the proceeds 50% (or .50 per e-book) to the Alzheimer’s Association during this campaign.

I have a March Kindle countdown for the e-version, have translated the novel into Italian under the title Ciottoli e Bucce d'Arancia and have a Book Talk/Signing at the Delray Public Library on Thursday, April 10, 2014. 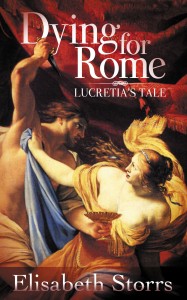 I’ve released a short story entitled Dying for Rome: Lucretia’s Tale on all channels. It’s available for $2.99 but I’m offering a free copy to those who subscribe to my newsletter.

Dying for Rome: Lucretia’s Tale retells the historic story of the tragic girl whose death inspired the men of Rome to rise up against a tyrant king and establish the Roman Republic. Was she a victim or a champion? A pawn in political schemes or the catalyst for rebellion? In this vivid short story, Lucretia’s character is explored to reveal a tender portrait of a young girl misused by men who transforms into a woman with a passion for justice.

The first book in the Tales of Ancient Rome series, The Wedding Shroud, was judged runner-up in the 2012 international Sharp Writ Book Awards for general fiction, and was a finalist in the 2013 Kindle Book Review Best Indie Book of the Year in literary fiction. The Golden Dice was named as one of the top memorable reads of 2013 by Sarah Johnson, the reviews editor for Historical Novels Review. The third volume, Call to Juno, is currently being written.

Here is a link to Amazon. And here’s the link to my sign up form. 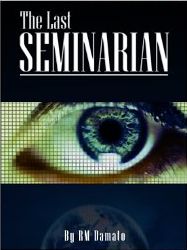 My novel, The Last Seminarian is a Sci-Fi finalist for the 2013 Foreword Review Book of the Year Award.

Foreword Reviews, the only review magazine solely dedicated to discovering new indie books, announced the finalists for its 16th Annual Book of the Year Awards.

Each year, Foreword shines a light on a small group of indie authors and publishers whose ground-breaking work stands out from the crowd. Foreword’s awards are more than just a shiny sticker on the front of a book; they help connect the best indie books to readers eager to discover new stories written by previously unknown authors. 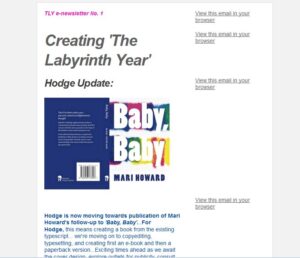 I'm just starting an e-newsletter for my follow-up novel to Baby, Baby… anyone interested, sign up and I'll add you to the list! (Several have received their first newsletter!)