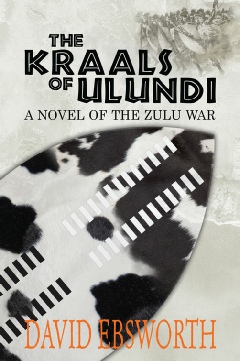 Can a sheriff defend his town from a zombie debutante hell-bent on conquering the west? Or will she destroy Lonesome Ridge in her quest to become queen? Find out in Massacre at Lonesome Ridge.

Massacre at Lonesome Ridge, the first novel in a new zombie western series by author Samantha Warren, was officially released on Tuesday.

It is available at Amazon, Kobo, Barnes and Noble, and iTunes.

Tough Cookie, second of three current books in the Maggie Sullivan Mysteries, is on Kindle Countdown in the U.S. and U.K. March 11-17.

When Depression-era private investigator Maggie Sullivan is invited to dine with a millionaire, she doesn’t expect the first course to be a gun in her face. It draws her into a gold-plated web of theft, revenge, double crosses and murder.

A big-time swindle has made fools of some of the city’s wealthiest businessmen. The man behind it has vanished. When Maggie begins asking questions, he reappears – dead in the river. But she’s already learned too much. Someone’s out to silence her too.

Armed with her .38 and a nip of gin, Maggie closes in on a killer as a mobster offers a hint, a cop unsettles her with his chemistry, and a woman with deadly potential plays a game by her own rules.

This is just in time for his new historical novel The Kraals of Ulundi, set in the Anglo Boer War in South Africa, which will hit the streets in early May 2014.

For a sneak preview of the book, pop over to Dave’s website and take a look at his exciting new book trailer for The Kraals of Ulundi. 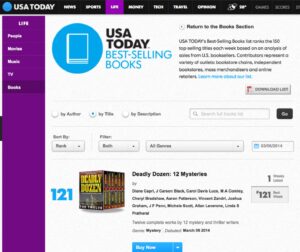 They are members of The Twelve, award-winning and bestselling authors writing across the boundaries of thriller, mystery, horror and crime, connected by a love of intriguing characters, fast-paced writing and edge of your seat tension.

Dancing Shadows, Tramping Hooves is a collection of half a dozen short stories. Tales of outsiders who discover they belong, a humorous slice of life yarn, heart-warming love stories and a tale of taming fear. The shadows are on the wall, in the heart and clouding a woman’s memories while tangible foes tramp through the physical landscape.

Is it possible to conquer the shadows? Find out in these heart-warming tales.

The stories were previously printed individually in a variety of publications, including Ireland’s Own magazine, Dead Ink Books’ website, and the writing collections, Fermanagh Miscellany and Tuesdays at Charlie’s. 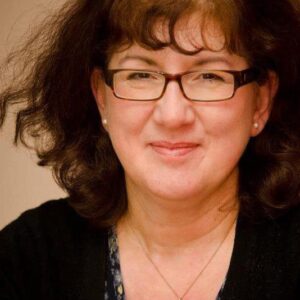 ALLi's blog editor Debbie Young will be flying the flag for self-published authors at the Cambridge Literary Festival next month, just a couple of days before she hotfoots it to the London Book Fair to launch ALLi's new handbook, Opening Up To Indie Authors, which she has co-authored with Dan Holloway.

On Sunday 6th April, from 2.30-4pm, she'll be sharing a platform with Rebecca Swift, who is co-founder of The Literary Consultancy, the UK's longest-established editorial assessment service, to talk about “The Modern Publishing Landscape”, which of course must include extensive discussion of independent authors.

The session is billed as a Master class aimed at helping anyone who would needs help navigating the evolving publishing world and promises to be a stimulating and informative session for everyone from aspiring self-publishers who don't know where to start, to traditionally published authors wondering whether to go indie. Tickets are now available via the Festival website.

In July, Debbie will also be speaking at the Romantic Novelists' Association annual conference to foster better understanding of self-publishing. More news of that event will be posted here nearer the time.

“I'd love to hear from any ALLi members who are planning to attend either event – it would be great to meet for coffee and a chat before or after my talks,” says Debbie. 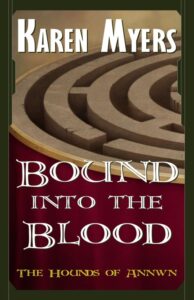 Bound into the Blood, Book 4 of The Hounds of Annwn (fantasy).

Disturbing the family secrets could bring ruin to everything he’s worked so hard to build.

George Talbot Traherne, the human huntsman for the Wild Hunt, is preparing for the birth of his child by exploring the family papers about his parents and their deaths. When his improved relationship with his patron, the antlered god Cernunnos, is jeopardized by an unexpected opposition, he finds he must choose between loyalty to family and loyalty to a god.

He discovers he doesn’t know either of them as well as he thought he did. His search for answers takes him to the human world with unsuitable companions.

How will he keep a rock-wight safe from detection, or even teach her the rules of the road? And what will he awaken in the process, bringing disaster back to his family on his own doorstep? What if his loyalty is misplaced? What will be the price of his mistakes? 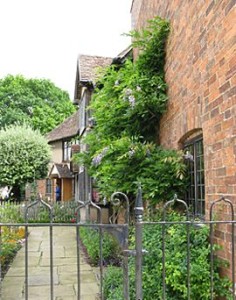 The next regional meeting of ALLi (West Midlands) will be held in the picturesque town of Stratford-upon-Avon, home of Shakespeare (think inspiration people!) on SATURDAY 3 MAY.

As well as a chance to meet and chat with fellow ALLi members, it's an opportunity to enjoy great food in a lovely pub, walk by the river and try the chain ferry.

In addition, the meeting is being held during the Stratford Litfest so why not combine an ALLi meetup with a visit to the festival.

Location: Dirty Duck pub (also known as the Black Swan), just along from the RSC theatre and opposite the river, and a 15 minute walk from the train station.

Time: 11 am with the option to have lunch later if you wish.

Email: [email protected] if you'd like to come along.

We’ll send out Facebook reminders nearer the time. Look forward to seeing you there! 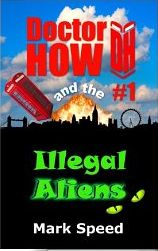 Doctor How and the Illegal Aliens is out now on Kindle and CreateSpace. This is book one of my Doctor How sci-fi comedy series.

Doctor How’s famous megalomaniac brother Doctor Who sold his fictional life story to the BBC half a century ago, painting himself as a lone hero. Disillusioned, their four cousins dropped out.

For fifty years, Doctor How has held the line against the forces of darkness and stupidity. And he’s not that happy, since you ask.

Illegal aliens try to hack How’s Spectrel (TARDIS is a very rude word where he comes from), just as he suspects his estranged cousin Where has been compromised.

When reports come in of mysterious attacks by alien creatures, Doctor How has to rely on his new assistant Kevin, a petty criminal from south London, and Trinity, a morphing super-predator, as he counters this threat to humanity’s existence.

His efforts are hampered by bungling agents from MI16, desperate to capture the Time Keepers’ technology.

Can Doctor How keep ahead of MI16, save Where and combat the alien threat?

Doctor How and the Illegal Aliens is the first in the five-volume series. 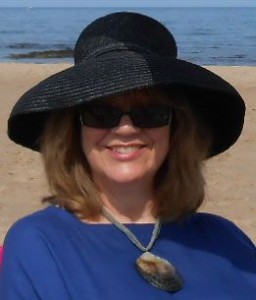 Barbara’s been a writing colleague for many years, and has previously published The Land Beyond Goodbye and Don't Look Down as well as short stories and poetry.

She's just joined ALLi and is bound to be a lively contributor.

We relish her wicked sense of humour, appreciate her perceptive feedback and most of all, love her writing. Finally, with promises of wine and Chinese takeaways, we’ve lured her to join us.

Delirium – The Rimbaud Delusion will be her first Triskele release later this year. Find out more about Barbara, and the subject of her book, the poet Rimbaud, on her blog.