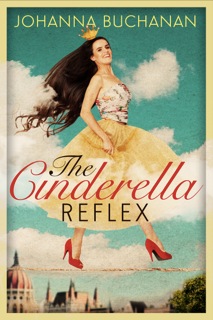 With Spring hopefully a few weeks away here, we forging full steam ahead with a packed schedule of events for the upcoming months. We have put together a list of appearances and panels that are for both members and for broader audiences, that happen online and offline and we think, give you more ways than ever to get involved with ALLi this Spring.

Alongside our monthly ALLi member Q&A's with Joanna Penn and Orna Ross, we have another instalment of our Watchdog Catchup with Victoria Strauss of Writer Beware this February.

In March, we'll be talking to Mark Lefebrve of Kobo on how to get the most out of the Kobo platform and successfully publish through them.

ALLi is also featuring at several publishing events – next week, you can catch Orna online at the free (and highly recommended) IndieReCon festival.

Come April, ALLi will be representing at PubSmart in Charleston – with a huge list of figures from across the spectrum of traditional and indie publishing, including Jane Friedman, Hugh Howey, CJ Lyons, Porter Anderson and Kathy Meis.

And of course, April will also see ALLi return to the site where it was launched – The London Book Fair. Look out for us at seminars in AuthorHQ and plenty of other panels. We'll also be launching our Opening Up to Indie Authors Guide alongside Kobo and hosting our first Indie Author Fringe Festival. And to top it off, we'll be offering a 50% discount on entry to London Book Fair for our members.

Full event listings can be found on our calendar on the main ALLi site and our ALLi Goodreads group – and there'll be more to follow on the Self Publishing Advice Blog and elsewhere shortly.

It's our busiest Spring yet – all the more reason to join us and get involved.

Last week's Q&A with Joanna Penn and Orna Ross is now available to members in the Resources section of the Member Zone. Which is also the place to go to catchup on our previous sessions as well!

I’ve been running a popular series “Great Writers on Writing” that gets into details about writing techniques and methods.

This week’s indie author has been featured on the front page of the Wall Street Journal, The Times (UK), and the Chicago Tribune regarding his self-publishing success. How Russell Blake Writes. 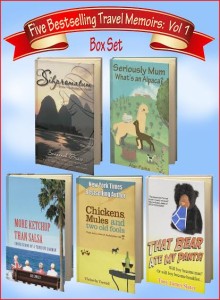 The authors include a New York Times bestselling author and an award-winning travel writer.

Ship of Haunts: the other Titanic Story by Ellie Stevenson is part of an Amazon Countdown deal from Friday 7th February for a week. The price starts at 99p/99c. Normally £2.19/$3.60. Get your copy now!

A time-crossing, sometimes controversial, story about Titanic and child migration that takes the reader through worlds of poverty and wealth and spans three centuries. What is it like to live as a ghost beside Titanic? Find out more on Pinterest . 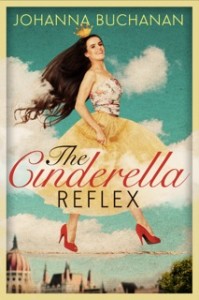 My book is The Cinderella Reflex by Johanna Buchanan (my pen-name) and it is in the Kindle Countdown Deal from today the 14th until next Thursday 20th.

I'm a new member of Alli and feel I have so much to learn about self-publishing.  I'm looking forward to connecting with other members.

Here are some of the quotes from the reviews on Amazon….
‘FRESH, funny, unputdownable” ‘Highly recommended for all independent women and romantic comedy fans' “ROCKS along at a fast clip, with loads of comedy.” ‘Made me laugh out loud in parts. ‘Very funny and witty – I found it hard to put it down.‘

Ever think everyone else has their life sorted except you?

That’s how Tess Morgan feels when she returns from her trip around the world. Because while she’s been blissed out in Bali, her peers have been climbing the career ladder.

Turning thirty,Tess thinks maybe it’s time for her to do the same.  The Cinderella Reflex is a romantic comedy for women who help themselves. 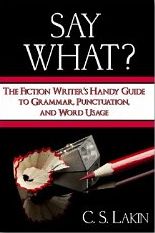 Writing Correctly Doesn’t Have to be Hard

Great writers write well. Grammatical errors mark a manuscript as unprofessional and the author as sloppy or an amateur. But you don’t have to memorize the myriad of grammar, punctuation, and usage rules to have a well-written book.

If you’re a novelist or write creative nonfiction, this handy guide is essential—giving you the most common and applicable rules and tips to make your book shine—minus the pain!

I thought it might give hope to others that such bookshops do exist! 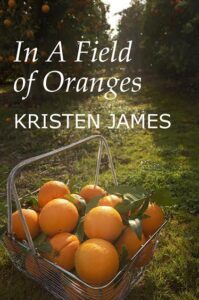 In A Field of Oranges  by Kristen James

Sergeant Lance Smith lost his men in Afghanistan, lost his wife to divorce, and came home to an empty life. He expected to come home with his best friend, Jared. That didn’t happen either. There is one thing he needs to do. He’d promised Jared he would visit his sister if anything happened to him.

Once a nurturing heart and a competent psychiatrist, Sierra Thomas is now hiding from the world. She tried to make a difference and failed. She couldn’t stop her brother—the brother she’d raised—from enlisting in the Marines. Then she failed her patients, ending her career. She retreated to her family’s orange groves, hoping to forget the pain of her past.

Sarah offers coaching, organisational consultancy, writing and training to help people deal with uncertainty and change, and to make better sense of their working lives.

This is an interview she has just done in her local magazine, the Beestonian?

OK – so we're all enjoying the Winter Olympics, but before we know it World Cup fever will be getting underway. ALLi member Karen Inglis was therefore delighted to see her fun and fast-paced graphic novel about a football-mad alien top the UK children's books Kindle charts football category this week. (In the story Eeek runs away from space to Earth during the World Cup.)

Eeek! has been singled out by teachers, parents, children's book editors and reading charities as a great book for boys and reluctant readers age 7-10 in particular.  However, Karen reports that the girls love it too – in fact almost half of all sales at school events to to girls!  Eeek has hit the number one spot for Football in children's eBooks a number of times recently – and is also currently ranked 35 in the Humorous category.

It's available in print and on Kindle and is in all Amazon stores.  Check out the UK reviews!