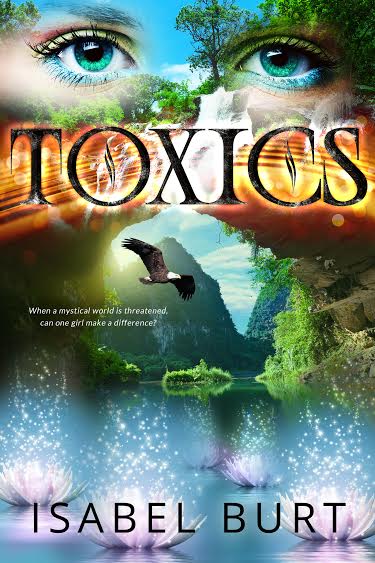 This week, we are excited to announce our links with Dialogue_ Berlin, a communications collective borne out of a bookshop that now offers a range of services connecting stories to readers (and already works with ALLi on the online marketing side).

Dialogue draws attention to compelling new ideas, illuminating stories and forthcoming trends and has a constantly updating brief from their clients who seek particular options for adaptation into television and film.

Dialogue is now working with ALLi to source the best self-published stories our members have to offer. In short, this is another way for your stories to get noticed.  And to give back from the industry, Sharmaine Lovegrove, Founder and Director of Publishing at Dialogue_Berlin will be doing a monthly blog post for us on trends in film and TV adaptations.

If you would like to have your story considered by Dialogue for possible submission to producers and filmmakers, please send a synopsis of your story, a short bio and a link to your author website to: [email protected] (ALLi members only). Discounts for ALLi Members

One of our Partner Members, AuthorRight, is running the London Author Fair on Fri 28th of Feb at the Hospital Club in Covent Garden from 10am. All day seminars, smaller workshops and an exhibition space, where attendees can meet potential suppliers one on one to talk through their individual needs. The day finishes with a drinks reception and costs £90 to attend. ALLi members can receive a discount of £20. Booking code in the ALLI Member Zone .

We’ll have a similar discount coming through shortly for London Book Fair, and Book Expo America.  Watch this space. And check out more discounts and deals in the member zone.

You’ve got questions? Orna Ross and Joanna Penn have answers — and if they don’t know, they will find out for you.
So whatever you would like to know about publishing or selling your books, ask on this form.
No question is too basic or too complicated, but do remember – this is a member-only service.
If you’ve missed out on previous Q&A sessions, be sure to check out the answers via the audio in the Resources section of the Member Zone on the Alli Website. 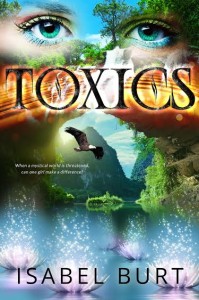 Pop in while you shop, buy a signed copy of Toxics, and hear what's happening to Felicity and Reuben right now! 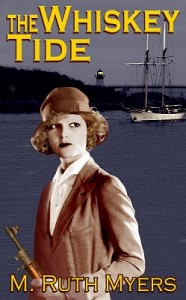 The Whiskey Tide, a novel about three women who smuggle booze from Canada in the 1920s, will be a 99c Kindle Countdown Feb. 11-16.

At the height of Prohibition three sisters in a genteel Massachusetts family turn rumrunners to save their family. Desperate to provide for their newly widowed mother and little brother, they use the family’s pleasure schooner to smuggle whiskey from Canada.

Kate, the bookworm, hatches the plan, sacrificing her last year at Wellesley to make every grueling and dangerous trip. Rosalie risks her engagement to a clergyman to help on the home front, and tends Kate’s gunshot wound from rum-pirates. Aggie, a dazzling flapper hungry for adventure, uses the undertaking to become involved with a man she doesn’t realize is a vicious killer.

Kate’s courage in the face of storms, crooks on both sides of the law, and the treacherous tides of the Bay of Fundy change her view of the world. It also changes the lives of those around her. The Portuguese-Irish fisherman she hires to captain Pa’s Folly earns money enough to provide previously unimagined options for his poor but close-knit family – but bears the secret burden of falling in love with Kate.

A wealthy old woman dying of loneliness in her cliff top mansion finds reasons to live. Even Kate’s cousin, shattered in body and spirit by his service in The Great War, is caught in the ripples 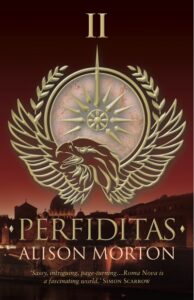 Perfiditas, the second book in Alison Morton’s Roma Nova alternate history thriller series, has been awarded the B.R.A.G. Medallion®, a quality stamp that is rapidly becoming recognized in the world of self-publishing as a leading seal of excellence. Over 90% of books nominated are rejected, so it’s a rare honour.

‘I was thrilled when the first in series, Inceptio, was selected last year,’ Alison says. ‘When I saw the email last Tuesday was from IndieBRAG with Perfiditas in the subject bar, I braced myself. I was happy that I had done my best to write a good book, and other writers including historical novelist Simon Scarrow had endorsed it, but I was still nervous.

After fetching myself another cup of coffee, I found the courage to click, and read, ‘We have completed the review process for your book Perfiditas and I am pleased to inform you that it has been selected to receive a B.R.A.G. Medallion®’

‘Self-publishers, like any writers, can be assailed by doubt about their writing style, their ability to tell a good story, their crafting of characters and dialogue,’ she adds. ‘Being selected for the B.R.A.G. list not only boosts a writer's confidence, but also announces to the world of readers that their book is worth the read. Being awarded a second medallion more than doubles the effect.' 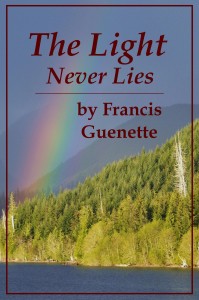 As circumstances spiral out of control, Lisa-Marie is desperate to return to Crater Lake. The young girl’s resolve is strengthened when she learns that Justin Roberts is headed there for a summer job at the local sawmill. Her sudden appearance causes turmoil.

The mere sight of Lisa-Marie upsets the relationship Liam Collins has with trauma counsellor, Izzy Montgomery. All he wants to do is love Izzy, putter in the garden and mind the chickens. Bethany struggles with her own issues as Beulah hits a brick wall in her efforts to keep the organic bakery and her own life running smoothly. A native elder and a young boy who possesses a rare gift show up seeking family.

A mystery writer arrives to rent the guest cabin and a former client returns looking for Izzy’s help. Life is never dull for those who live on the secluded shores of Crater Lake. Set against the backdrop of Northern Vancouver Island, The Light Never Lies is a story of heart-breaking need and desperate measures.

People grapple with the loss of cherished ideals to discover that love comes through the unique family ties they create as they go. 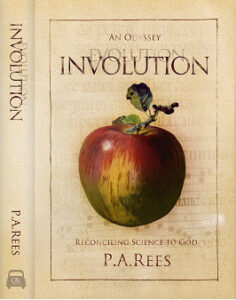 I am due to give a talk on Involution- An Odyssey Reconciling Science to God on ‘tomorrow' Thursday 13th at 6.30 at Watkins Bookshop in 19-21 Cecil Court, near Leicester Sq. Details are on their Programme of events here .

This will do duty as an informal launch and the talk will be followed by a Q&A and signing, and will be filmed for the Watkins YouTube featured authors. Obviously free and all are welcome.

Could you also add that I am due to be interviewed by Joe Moore of Occult sentinel which will be available on their website in due course.

Growing up in a dusty, West Texas town, Claire Noble craved a life of fun and adventure.  A decade after college however, Claire decided it was time to impose some discipline upon her turbulent life. But just as she landed the job of her dreams, she met the man of her dreams–online.

Claire married her online boyfriend and moved with him to Hong Kong a week after the wedding. Now the real adventure began.

Join Claire on her journey of the unexpected, both new cultures and new life roles. Along the way Claire learns plans are often nothing more than good intentions and a sense of humor is indispensable for surviving all that comes life’s way.

Available on Amazon, Barnes and Noble, iBooks, Kobo, and Smashwords.

Calling all Independent Authors in the Chichester Area

ALLi member Christopher Joyce, author of the children's novels The Creatures of Chichester says, ‘The world of publishing is changing so fast and more and more authors are choosing to self-publish. But it's not only about writing you have to market your book as well. It's hard if you do not have a large marketing department working at your publishers to help you out.'

Jeremy Good – Author of The Butcher’s Son; a thriller set in 1976 Cold War Europe and South America added, ‘ We believe that independently published books are as valid and exciting as those produced the traditional way, and we aim for the same excellence in production values and gripping content. CHINDI will organise events to promote our books and encourage more independent authors to follow their dreams and get writing. Our first event will be held at The New Park Centre in Chichester to coincide with World Book Day. More details will follow soon.

Anyone wanting to join CHINDI or find out more should visit the website or visit the Facebook page ‘CHINDI Authors.’