We've got a new deal for ALLi members, with a 50% discount off rights services from IPR License. We're also delighted to announce Tom Chalmers, MD of IPR License, as the newest addition to our esteemed advisory panel. More details can be found in our Tuesday announcement on the SPA blog here. 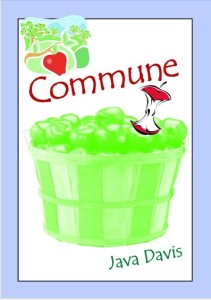 With baby boomers controlling 80% of the world’s wealth and governments, it’s no surprise that they’ve also managed to carve out a literary genre of their own.
‘Boomer Lit’ has been celebrated for exploring all issues and aspects of the world’s largest single generation. However, a fresh and insightful new novel by Java Davis focuses on a lifestyle that Boomer Lit rarely puts under the spotlight – life in a commune.

Commune is the story of a woman named Momo, who buys an apple farm in the fictional M’Coun County, Michigan. From a dysfunctional background, Momo is dedicated to building the farm into an apple commune – a healthy, happy ‘mini-society,’ but her social experiment is threatened by its very participants, including two former college roommates, a bitter chef, an insomniac organic gardener, a transient Buddhist, and secretive fraternal twins, among others.

Commune explores a variety of relationships within the microcosmic world of an apple commune: workers and slackers; lovers and ex-lovers; parents and children; friends and traitors; wise and foolish; naïve and criminal.

Java Davis spent fifteen years in the printing and marketing fields.  After retiring early due to a disability, she turned to writing books as a means to work at home.  A perpetual wanderer earlier in life, she draws heavily on a lifetime of diverse locales, unusual experiences and varied friendships.

Commune is available as an Amazon.com eBook for Kindle. 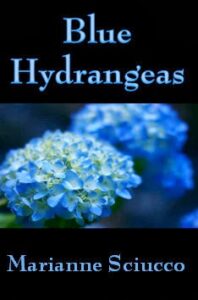 My novel, Blue Hydrangeas, an Alzheimer's love story, is now on sale in the Kindle store for 0.99 in honor of Canada's Alzheimer's Awareness Month.

Blue Hydrangeas, a Kindle Bestseller in Medical genre, is rated 4.8 stars. It is a poignant love story about a pair of retired Cape Cod innkeepers struggling with the wife's Alzheimer's.

My collection of Sherlock Holmes stories entitled: The File on Colonel Moran: Sherlock Holmes Takes a Hand  will be published as a large-print paperback by Ulverscroft  on February 1st.

Colonel Moran reminisces over his early years with Professor Moriarty and their encounters with Sherlock Holmes.

I have just released my first promo film of a reading from my recent new edition of my bestselling novel: The Prairie Companions.

It was made by a little media company in Belfast, Creativefluxmedia.

I'm very pleased with the results and think it's better than the usual, author in front of the PC cam talking head type thing.

I will be releasing a series of these films, some readings and some locations shoots from places featured in my novels. I am attempting to raise the standards of such promo films and hope they will form the central pillar of my future marketing efforts. 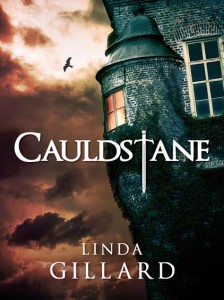 Linda Gillard launched Cauldstane, a gothic novel in the romantic suspense tradition of Daphne du Maurier and Victoria Holt. Linda's seventh novel achieved a ranking of #837 on Amazon UK on its first day.

When ghost-writer Jenny Ryan is summoned to the Scottish Highlands by Sholto MacNab – retired adventurer and Laird of Cauldstane Castle – she’s prepared for travellers’ tales, but not the MacNabs’ violent and tragic history. Lust, betrayal and murder have blighted family fortunes for generations, together with an ancient curse. As members of the family confide their sins and their secrets, Jenny learns why Cauldstane’s uncertain future divides father and sons.

But someone resents Jenny’s presence. Someone thinks she’s getting too close to Alec MacNab – swordsmith, widower and heir to Cauldstane. Someone will stop at nothing until Jenny has been driven away. Or driven mad.

“Hell hath no fury like a woman scorned.” Especially a dead woman.

Indie authors and debut novelists can win a £500 ($800) bursary to have their novel professionally critiqued at the Writers’ Village Foundation, a not-for-profit award scheme established to help new authors. The top eight submissions will also gain personal feedback from the award judge, novelist Michelle Spring, a Royal Literary Fellow at Magdalene College, Cambridge.

Jessica Bell's Bitter Like Orange Peel (literary women's fiction) has been reduced from $4.99 to $1.99 on Kindle. Sale will last until January 31st.

It has also been reduced on all Amazon sites, so if your Kindle is registered in a country other than the US, the price will be the equivalent of $1.99 USD in your own currency.

Watch an interview with Jessica  about the book on Book Lovers Corner, News 8, WTNH.com 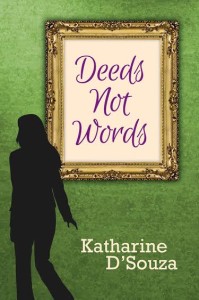 Deeds Not Words: Caroline is a museum curator who fears change. When the matriarch of her family, her grandmother, Beth, is rushed to hospital and a long-lost nephew is potentially conning Beth out of money, Caroline investigates her family history to find out about him and discovers a suffragette who caused a rift in the family.

Arguments over money and gender politics have kept her relatives, who range from artists to industrialists, apart ever since. At the same time Caroline’s under pressure to impress at work, confused by the reappearance of an old flame and alarmed by the prospect that she’ll need to take a stand and make significant changes to her life in order to live up to the example set by her female relations.

Author Katharine D'Souza was interviewed about the book on the Adrian Goldberg show on BBC Radio WM last week. You can hear their discussion about the book and self-publishing on Katharine's website.

Katharine will be touring Birmingham libraries later in the year to chat to readers about the background to and themes within the book .

I'm running a series of posts on my blog on the theme of ‘Why I Write'. This is the link to the first one that I did and there are or will be seven guest posts from other writers. This week it will be ALLi member, the lovely and highly-successful Joanne Phillips, to be followed in a couple of weeks by Debbie Young – if she's got any time to write that is with all her work for the Alliance! Posts appear every Friday. 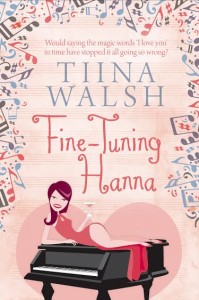 Irish-based Finnish author, Tiina Walsh, has published her debut novel Fine-Tuning Hanna, now available as an e-book and paperback on Amazon and Smashwords.

The book tells the story of a Finnish piano tuner, Hanna, who falls in love with an Irishman during her time in Ireland, but who then returns to Finland, heartbroken.

A review and an author interview are also now available on ‘the Reading Cafe'-blog,

My first novel, The Wedding Shroud: A Tale of Ancient Rome will be on sale for 99c in a Kindle Countdown promotion from 15 – 18 February.

‘All the drama and sensuality expected of an historical romance, plus sensitivity to the realities of life in a very different time and world…’ Ursula Le Guin

In 406 BC, to seal a tenuous truce, the young Roman Caecilia is wedded to Vel Mastarna, an Etruscan nobleman from the city of Veii. The fledgling Republic lies only twelve miles across the Tiber from its neighbor, but the cities are from opposing worlds so different are their customs and beliefs.

Leaving behind a righteous Rome, Caecilia is determined to remain true to Roman virtues while living among the sinful Etruscans. Instead she finds herself tempted by a hedonistic culture which offers pleasure and independence to women as well as an ancient religion that gives her a chance to delay her destiny.

Yet Mastarna and his people also hold dark secrets and, as war looms, Caecilia discovers that Fate is not so easy to control and that she must finally choose where her allegiance lies.