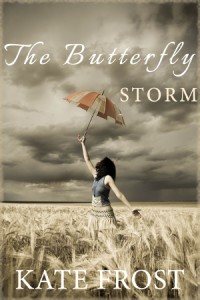 I'm currently running a KDP free promotion for my debut novel, The Butterfly Storm. The promotion is running for 5 days from today until Sunday 19th January and my novel is free for that time.

Here is the link to The Butterfly Storm on Amazon.co.uk, plus the synopsis: Four years ago life for Sophie Keech was perfect. A new start in Greece with Alekos, her boyfriend of just six weeks, removes Sophie from a mundane 9-5 job, takes her away from the difficult relationship she has with her mum, and gives her the opportunity and belief that she is finally doing something positive and exciting with her life.

But a lot can change in four years. An engagement, a domineering mother-in-law to be and the reality of life in Greece not being quite what Sophie imagined puts a strain on her relationship with Alekos.

When an accident forces Sophie back to the UK to look after her estranged mum, she has time to re-evaluate her life, her idea of family, where she wants to be and, most importantly, who she loves.

Orange Peels and Cobblestones is a love story and coming of age novel that takes place in Italy, New York and California.  It is based on a true story, something that happened to me.  When I was 10 year's old, living in my native Italy, in a small town that dates back to medieval times, my mother put me on a plane, alone, to travel more than 4,000 miles, to come to NY and be adopted by an aunt and uncle I'd never met.

The book's multifaceted themes (Adoption, The Immigrant Experience, Abandonment and Betrayal, and finally, Love and Forgiveness), coupled with the Discussion Questions at the end, make it an ideal choice for individual reading or book club discussion.

It has been well-received everywhere I speak.  It sells on Amazon, Barnes & Noble, Kindle and in book stores on Long Island and NYC. 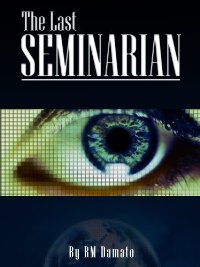 The Last Seminarian – Rico, a 90-year-old, lives with his divorced daughter, Veronica, who also happens to be his doctor. His old friend Bill visits – virtually – and informs Rico that he is dead and living in a computer. Set in an imaginary future when a global plague threatens humanity, Bill has invited his past friends, former seminarians, into a virtual world where they are able to revisit and re-experience events. They will confront personal demons, while sharing ideas about the meaning of life, friendship, and love—including the existence of God. Can they return to Earth before the plague makes it impossible?

RM DAmato received a B.A. from California State University, Northridge in 1982 and an M.A. from U.S.C. in 1983. He worked as an assistant editor for the Los Angeles Times but spent most of his career as a teacher. Currently, he is an adjunct professor at Florida International University. His second science fiction novel, I Have Three Things to Tell You, will be published in the spring of 2014, exploring an educational system set in the future when humanity will face the unknown social ramifications and challenges of extended life spans. 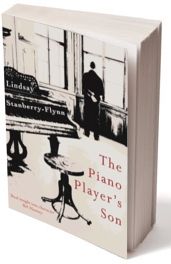 The ebook version of my novel The Piano Player's Son will be free from Thursday 23rd Jan to Mon 27th.

Family is all-important to Isabel. Her parents have an idyllic marriage, and she has tried hard to create one for herself. However, all pretense is shattered when her husband leaves her. On top of this her father dies, leaving Isabel devastated.

Then her mother confides in her: behind her parents’ apparently happy marriage was a secret kept for more than three decades. Isabel is staggered by the revelation.

Against a back-drop of events that will devastate all their lives and amongst a maelstrom of emotion, breakdown, loss and competing claims, Lindsay Stanberry-Flynn weaves a careful and detailed story of how fragile people negotiate or fail to negotiate challenges and crises; keep secrets, fall apart or try to recover a sense of integrity in the midst of human mess. 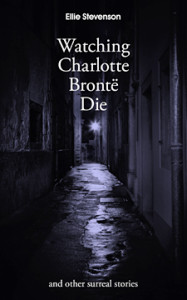 Ellie Stevenson's collection of short stories: Watching Charlotte Brontë Die: and other surreal stories, is now available in print on Amazon (£4.99) as well as in ebook (£0.77/$1.26). Its flexible cover and handy pocket size make it ideal for those pesky rail journeys.

Ellie Stevenson is a former careers adviser and a member of the Careers Writers Association and Alliance of Independent Authors.

She writes on history, travel, careers and the arts. She's lived in one of the largest and one of the smallest islands of the world, which helps with the travel writing.

Ship of Haunts is her first novel and was published to coincide with the centenary of Titanic's sinking. The book is a complex, sometimes controversial story about Titanic, child migration and living a life beneath the sea, two miles down. The book is set in 1912, 2012, and the harsh world of the Australian outback in the 1940s.