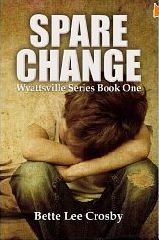 I’m at editing stage with my latest project  A Tunnel is Only a Hole on its Side – I expect it to be available late November.

In the first book of the Hole Trilogy, The Hole Opportunity, Colin was left with his arch enemy Major Woods in hospital, recently out of intensive care, following an accident involving an exploding bouncy castle, a lorry load of holes and the dog of the wealthy land owner, Lady Wills.

Nothing ever goes smoothly for Colin, especially with the Major seeking revenge. Will he save the golf course and befriend the Major or does Lady Wills’ estate end up being ravaged and his farm demolished?

I’m starting to crank up the marketing. Amongst other things I’m planning to do an audio sample and a video reading sample.

I’ve now done a proper reading which is hosted on soundcloud here.

Philippa Rees was invited to present the Book That Wrote the Life (her fifteen minute precis of what led to Involution) within the 5×15 launch of a new ‘Fireside Festival for story tellers in Baldock Hertfordshire.

This, it is hoped, will become an annual event for the spoken word to equal the Hay Literary Fest for the written word. 5×15 has been drawing in speakers to their studio in Nottinghill for three years and the range of speakers can be seen here. The challenge of entertaining, informing and shaping within a limit of fifteen minutes, while keeping the engagement loose and interactive is probably a speed-dating equivalent for writers.

Daunting and exhilarating! Philippa is due to continue this coming Saturday (26th) with a longer presentation, and readings from Involution's essential challenge to raw Darwinism. If you are within striking range of Baldock Herts you may wish to attend one of the very varied performances next weekend.

A week ago we officially launched The Amazing Cancer Kid. This is the story of a boy, Connah Broom, sent home after two courses of chemo had failed to shrink his eleven tumours in the full expectation that he would soon die of his neuroblastoma.

But his grandparents had other ideas. Seven years on, aged 11, Connah is robustly healthy (though he still has one tumour). He has just started secondary school. How did he do it? That is what this book is about. It has been written and illustrated to make it accessible to readers of any age from pre-teen on. Given the impact of cancer on all our lives, this is a book that everyone should read.

This book is a collaboration between the Broom family and author Jonathan Chamberlain (aka me) – see www.fightingcancer.com and www.connahsappeal.co.uk for further details. Profits will go towards finding new therapies for Connah.

Bren Littlewood, author of Urge to Kill, under the pen name of JJ Franklin, has won first prize for a flash fiction piece she submitted to the Book Consultancy.

The prize is free attendance at The Thriller School at Balliol College in Oxford next weekend. 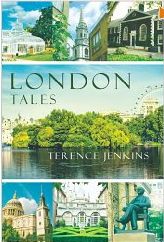 I thought you might like some news of my latest book, Further Afield which was recently published by Matador and is also now on Amazon and Kindle E-book.

My previous three books, Another Man’s London, London Lives and London Tales are, as you can guess, about the capital, so for this latest one I’ve ventured further afield.

The previous trilogy was quite successful so I’m hoping to take my fans with me on this one which ranges from Cumbria to Kent, from Suffolk to Dorset, and includes something about my home country, Wales. It is illustrated.

So far I’ve had some enthusiastic  reviews from as far afield as New York and Sacramento. Let’s hope they continue. 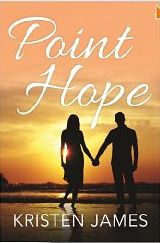 I originally released the book in June, and then Montlake contacted me in August. Point Hope is on pre-order today and goes live tomorrow.

After his Navy career came to an end, Trey became an EMT in his hometown of Coos Bay, Oregon. He struggles with PTSD, which affects his ability to do his job and connect with his family. His wife seems to be living life without him.

Rosette can’t figure out what happened to her marriage, or to Trey—the man she once loved so desperately. It feels like she’ll lose everything along with him. Meanwhile, he’s enclosed in his own world without her.

Their marriage is on its last legs when their family is faced with two deaths and an orphan. They’re already raising two young children and Trey’s teenage brother, Alex. Trey and Rosette make a shaky agreement to play “family” for now so they can take care of Trey’s recently orphaned niece. But can faking it ever be enough?
It’s make-it or break-it time. If they split apart, who will raise Hope? 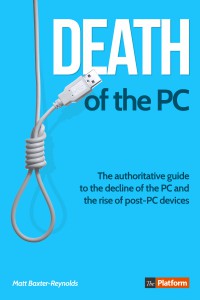 I've had this book launch this week: Death of the PC: The authoritative guide to the decline of the PC and the rise of post-PC devices

Can we survive without the PC?

We can all tell the PC is dying. Sales have been in decline. But are we ready for an era in which technology is changing so fast the stalwart of the tech revolution has its days numbered?

Surely we need our PCs — but these new devices, smartphones and tablets, are not toys. They make us laugh and let us cry. They become woven into our lives and become something we can t live without. But why?

In this book Matt Baxter-Reynolds — author, columnist, and technology sociologist — will take you through why post-PC devices speak to people and how they change their work and home lives. Importantly, he ll show you how the enterprise PC industry will still let technologists make a living despite the chaos of change. 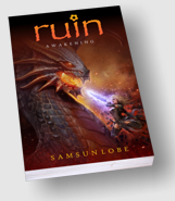 I have just released my fifth book – RUIN: Awakening.

It is the second book in my RUIN series which follows an uncompromising anti-hero on his bloody adventures. This is my book blurb;

The formidable and uncompromising warrior known as Ruin continues his adventures in the harsh environment of Mareta. Separated from his companions, he forges new friendships that take him to the floating city of Malforge and then deep into the prison mine of Serenity. Blood and destruction follow him at every turn. As he cleaves his way across a landscape he no longer recognises, and creatures once believed to breathe only in legend, thunder into existence. As the great Wyrms and Drakes awaken, Ruin and his friends must find a way to stop them ripping their world apart.

I will be exhibiting and signing my books London Comicon from October 25th-27th.

My first RUIN novel – ‘Birth of a Legend' is now out as an audiobook. This was produced recently and narrated by actress Lesa Thurman. It is only on CD currently but will appear on audbile/itunes shortly.

In other news I recently won the Andrew Lownie Literary Agency Book of the month. They said this about my first RUIN novel “This is a powerful, atmospheric fantasy novel, with a memorable hero, and vivid, suspenseful storytelling.” 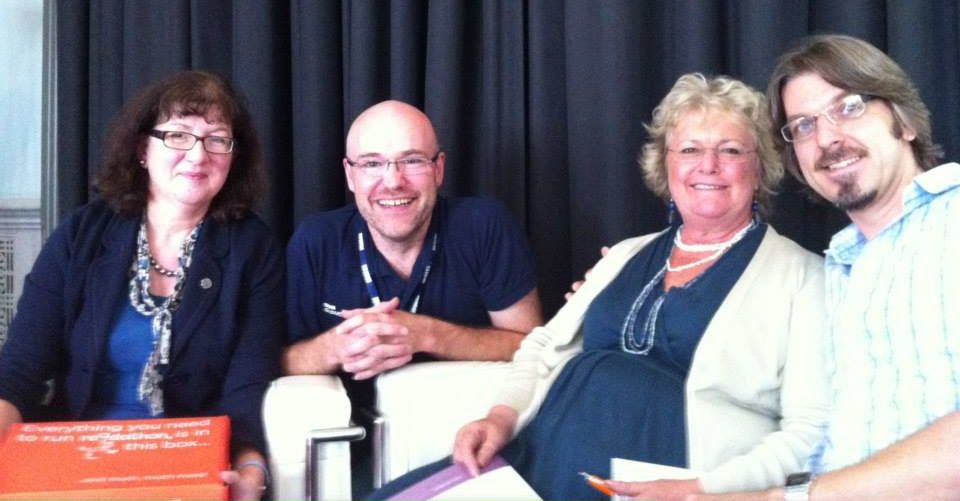 On 9th October, I enjoyed taking part in a panel discussion about literacy and publishing trends,  broadcast live on BBC Radio Gloucestershire as part of the Cheltenham Literature Festival, the world's biggest event of its kind.

Interviewed alongside two traditionally published authors who live locally, Katie Fforde, currently President of the Romantic Novelists' Association, and popular culture writer Simon Sheridan, I vigorously flew the flag for the independent publishing movement, breaking down misconceptions and prejudices and turning the focus to the many advantages of being self-published, and the existence of ALLi.

I also had the opportunity to raise the profile of Read for Good, the children's reading charity for which I'm an ambassador. and at the start of the interview I give a long explanation of its work, almost without pausing for breath!

You can hear the interview in its entirety via my author website here.  That I also got to promote my book promotion handbook, Sell Your Books! was a bonus!

Link to blog post which includes .wav file of interview:

On 22nd of October, I sold three books to Ulverscroft large print. What is so wonderful about this is that they are all Indie published books.

I have already got 15 previously traditionally published books with Linford Romance, and The Duke's Proposal is going there. Barbara's War and Hannah's War will come out with Ulverscroft softback edition.

I have 10 traditionally published books already with them. I think this demonstrates that traditional publishers are now recognising  independently published books, especially from established authors, is well produced and well written as any other book.

For me to be able to see my Indie –historical books on the library shelves alongside my traditionally published ones is a vindication of the route I decided to take.

I just received this week's Alli News and it was a good reminder to send you three bits of news I have to offer.

#1 – The Twelfth Child was honored with First Place for Women's Fiction in the 2013 Royal Palm Literary Awards Competition
#2 – This past week Spare Change became a #1 Bestselling Nook Book at B & N
#3 – Jubilee's Journey, the long awaited sequel to Spare Change make its official debut on November 4, 2013

All three of these are major milestones for me.