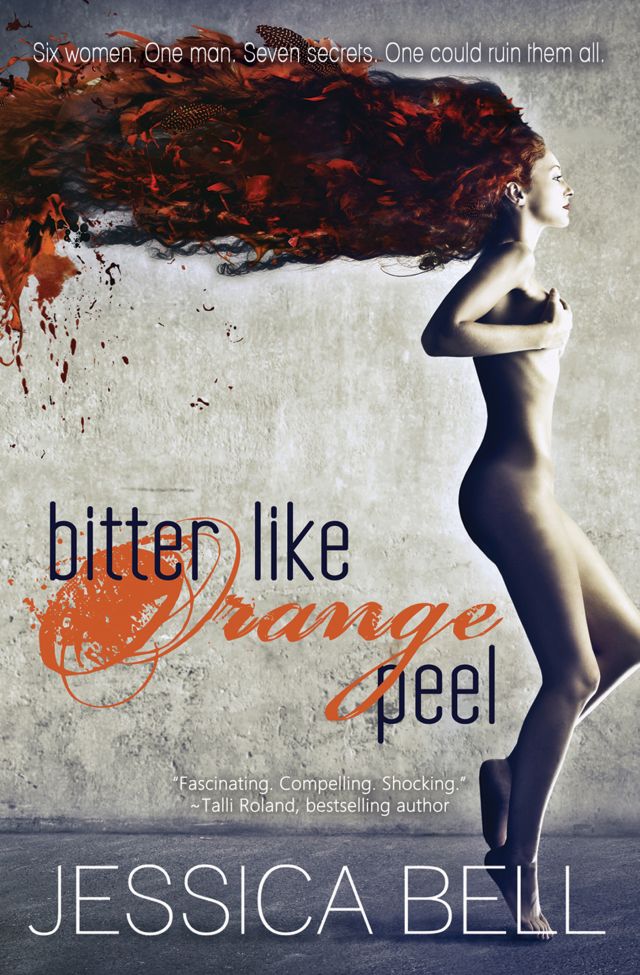 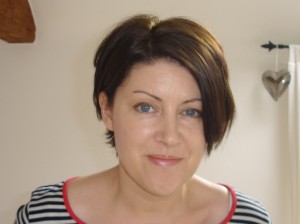 Joanne Phillips launched the first book in her new series of cozy mysteries on 12th September – Murder at the Maples, Book 1 of the Flora Lively Mysteries.

When Flora Lively inherits her father’s business she’s totally out of her depth. Shakers Removals is in trouble, and manager Marshall isn’t helping one bit – the ex-pat American delights only in winding her up. But Flora has other things on her mind, like Joy: surrogate grandmother and resident of the Maples Retirement Village. When Joy’s pet pug has a brush with death, Flora is pulled into a series of bizarre incidents at the Maples, where fear is starting to take hold.

Full of warmth and humour, this gripping puzzle will appeal to fans of M. C. Beaton and Edie Clare.”

Available in paperback or on Kindle

Libiro provides an 80% royalty to all authors, and is completely indie – we only sell books published by authors or small presses!

We’ve already seen some great success. We've only been live for a few weeks, and already have over 140 books on offer – many of which are from ALLi authors.

You can find it at www.libiro.com. 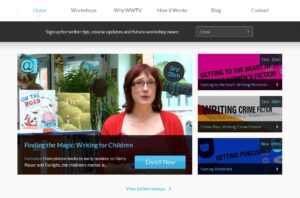 The one-day workshops are streamed live from a multi-camera broadcast studio in Dublin. Bestselling authors interact with an in-studio audience of aspiring writers, who present their work for critique. Online viewers can communicate with those in the studio using Twitter, Facebook or email. They can ask a question, take part in a workshop exercise, comment online and benefit from on-screen feedback from the authors in-studio.

They will be joined by international bestselling YA authors Meg Rosoff and Oisín McGann, all giving their sage advice and talking the viewers through the colourful world of children’s and YA fiction.

Led by experienced workshop facilitator Vanessa O’Loughlin, founder of writing.ie, the panel will consider the key elements of fiction writing and furnish viewers with tips, advice and actionable insights to help them improve their writing and get it on the path to publication.

Viewers can watch the full one-day workshops for free when they watch them live. If they want to download a workshop or watch it later, they can pay to keep the course. 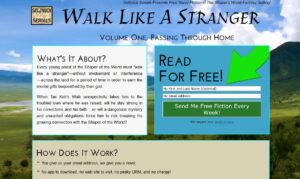 Not every indie author launch is a book! I launched my serial fiction site this weekend.

Each week, Selznick Serials delivers a new installment of a serializedstory directly to subscribers' email inboxes. The first serial, a fantasy adventure entitled “Walk Like A Stranger: Passing Through Home,” debuted this month.

Every young priest of the Shaper of the World must “walk like a stranger”—without involvement or interference—across the land for a period of time in order to earn the mental gifts bequeathed by their god.

When Tae Keb's Walk unexpectedly takes him to the troubled town where he was raised, will he stay strong in his convictions and his faith…or will a dangerous mystery and unwanted obligations force him to risk breaking his growing connection with the Shaper of the World?

Sign up to receive the serial for free or, if you're on the fence, get a free “teaser” ebook.

I’m a new member of Alli and thought you might like to know that one of my  books, ‘London Tales’, was long-listed for the Rubery  Prize this year.

Dan Holloway will be performing at the Bristol Open Slam, one of the UK's leading poetry slams, on October 4th at Bristol's Arnolfini Arts Centre. He has also just launched his own online store  selling beautifully produced paper editions of his poetry and novels direct to readers.” 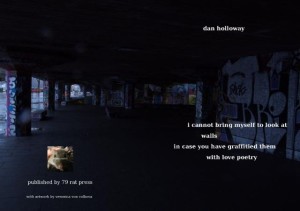 Dan has just been just been announced as the winner of Harper Collins' Authonomy Summer Competition out of over 1000 entries for the opening line of his novel The Man Who Painted Agnieszka's Shoes. He wins a full manuscript edit, professional cover design, book trailer and press kit. Expect a beautifully-produced version of the book to come out early next year.” 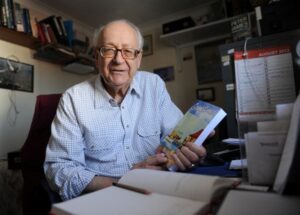 I have had some good reviews (local newspaper and Goodreads) also great interviews with BBC Radio Solent and Express FM Portsmouth. My local independent bookshop alone has sold over 30 books in the four weeks since publication and the local freebie (circulation 10,000) did a two page feature. Sussex and Hampshire Library Services have purchased copies. I am greatly encouraged. I have signed your petition and given as a reason that I know from experience that no traditional literary agent or publisher will look at a debut author aged 85!

The story of Sometimes  is about ordinary people in the uncertainties of the mid-nineteen-eighties when we asked ourselves ‘Whose finger is on the button?’ Two people, with hopes for the future and confidence in its fulfilment, through love and hard work achieve their aspirations; via strange and unexpected circumstances.

Boats are not only their hobby but become a legitimate means of earning a living. They are also vehicles that lead from skulduggery to covert and illegal operations at the behest of British Intelligence Services. Blackmail, murder, and tragedy oblige them to explore morality, ethics, and above all – their own senses of right and wrong.

The book is available on all platforms, Amazon etc.

My memoir, Focus, currently the  Book of the Month, will be on sale for 99 cents US (not sure what it is in UK).

At the age of 37, Ingrid Ricks walked into an eye doctor's office expecting to walk outt with a cute pair of red cat-eye frames. Instead, she learned she suffered from Retinitis

Pigmentosa, a rare, incurable eye disease that was stealing her eyesight and would eventually leave her completely blind.

Gripped with the terrifying fear that she wouldn't be able to see her two young daughters grow up, would become a burden to her husband, and would lose the career and independence that defines her, Ingrid embarks on a quest to fix her eyes that ends up fixing her life.

Here are Amazon US and UK links:
US Amazon:  US BN.Com: UK Amazon :

There’s a reason some of us can’t get enough bittersweet chocolate. The juxtaposition of sweet and bitter gets close to putting your teeth on edge, but it’s pleasurable all the same. Jessica Bell may not write fairy tales, but she can certainly exorcise the beauty within a beast.

Bitter Like Orange Peel by Jessica Bell, is a raw and engrossing family drama which will seduce the reader with more panache than Christian Grey. And it is now available for pre-order at the following outlets! 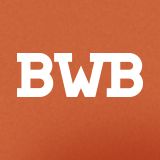 Selling eBooks should be simple and profit should go to authors.

At BWB, become a member, upload your books, get paid.
100% of your book sale goes into your PayPal account. Bookstore Without Borders takes no commissions on book sales.