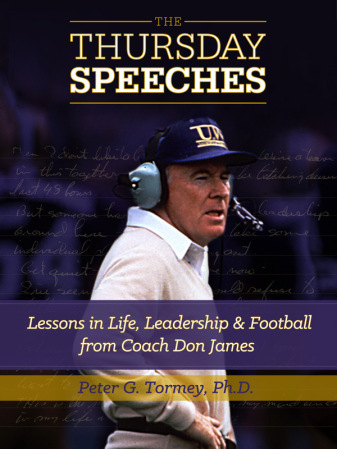 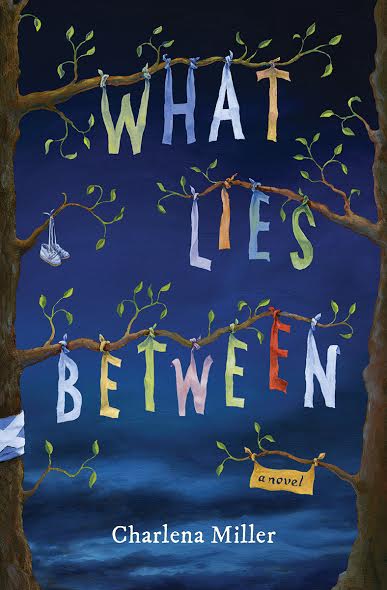 Trust has never come easily to Ellie Jameson. A broken past taught her that self-reliance is the only option—no one sticks around for the long haul. When a fateful letter arrives with news of an unexpected inheritance, she sees a silver lining in the tragedy that seems to follow her. Anxious to leave American city life for the rugged Scottish Highlands, she sets off to claim her fate in a whirlwind of determination.

But nothing could have prepared Ellie for what awaits at the Glenbroch estate, where she soon discovers very little is as it seems. Intrigue, danger, and secrets surround the life of the father she never knew, entangling her in a web of lies and betrayal. Her independence and survival skills are put to the test as she learns once and for all whether her heart can be trusted.

Author Charlena Miller worked in the marketing field before taking a creative sabbatical, venturing forth with a one-way ticket and no plan. But no matter where her adventures take her, Charlena finds her way back to Portland, Oregon, where she lives in an old house with a story of its own. 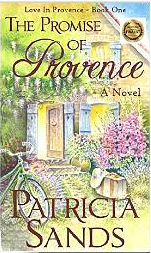 In December, out of the blue, I received an email from a Senior Acquisitions Editor with Amazon Publishing saying they would like to talk to me about my novels. To make a long story short, I have just signed a contract with their Lake Union imprint. (stifling a loud WOOHOO!!!)

In October, they will re-launch (after putting them through their editing, cover design, etc departments) the two Love in Provence books I have already self-published and in February 2016, they will launch the third book. I have to get my MS for that to them in June 2015.

Needless to say, I'm thrilled. I've always been a proud indie author and will continue to be that along with this contract in addition. 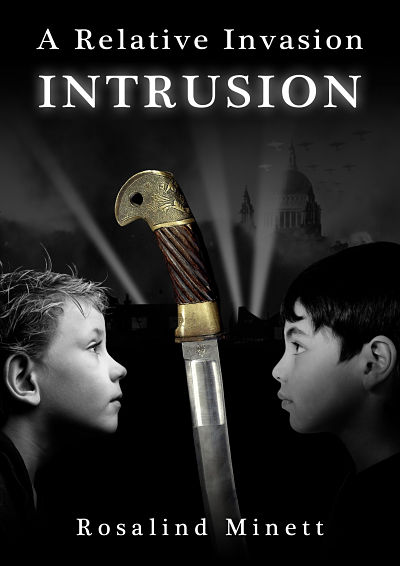 Watch out for a free Kindle download of A Relative Invasion, Book 1 (Intrusion) for 27th and 28th January.

5* reviews on Amazon plus an excellent one received from Harper Collins that can be read here.

While the adults worry about Hitler’s invasions, young Billy has one of his own to face. This is a coming-of-age trilogy set in WWII.

In 1937, as the adults worry about the onset of war, Billy’s has just begun. He so wanted a play-mate but it came in the form of a manipulative cousin, the frail and artistic Kenneth. The adults only see the porcelain looks of Kenneth and not his darker soul.

Emotionally neglected or misunderstood by parents and aunt, and bullied by uncle and cousin, Billy imagines he owns the precious Cossack sabre of his father’s work colleague. This sabre becomes an icon that sustains Billy through Kenneth’s psychological invasions, through disruption and evacuation and then the shock of war, but might it damage as well as protect?

Book 1, Intrusion, is out in Kindle with paperback versions and Books 2 and 3 to follow shortly. 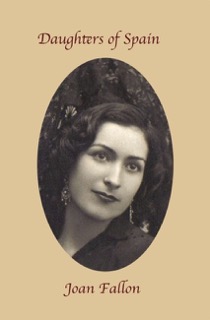 I first began to think about writing this book in the late 1980s, when I lived in Spain for a brief period.

I was impressed by the way the Spanish women I met had embraced the freedom of modern life in the short period since the death of Spain's dictator General Franco in 1975.

So in 2007 I began to interview as many women as I could; I began with friends, then they introduced me to their mothers, aunts, neighbours and so it grew. I also read all that I could lay my hands on about the Spanish Civil war and the Franco era.

The women I interviewed were from all walks of life and spanned a wide range of ages. Because the interviews covered a period of immense social change in Spain's recent history, I decided to link them together with short commentaries on topics such as divorce, abortion, contraception, domestic abuse and education, thus putting them into context.

The result is a mosaic of their lives, a vivid and unique picture of what life was really like for women in Spain over the past seventy years, of the hardships they endured and their aspirations for a more egalitarian future.

I launched my book The Thursday Speeches: Lessons in Life, Leadership and Football from Coach Don James on Dec. 1, 2014 – a nonfiction sports/coaching book about a legend of U.S. college football coaching (whom I played for at University of Washington) – and have had some great success with it.

I've had good sales and am trying to get some more reviews. I've had 15 reviews on Amazon – all five stars and am soliciting other reviewers to get more reviews. 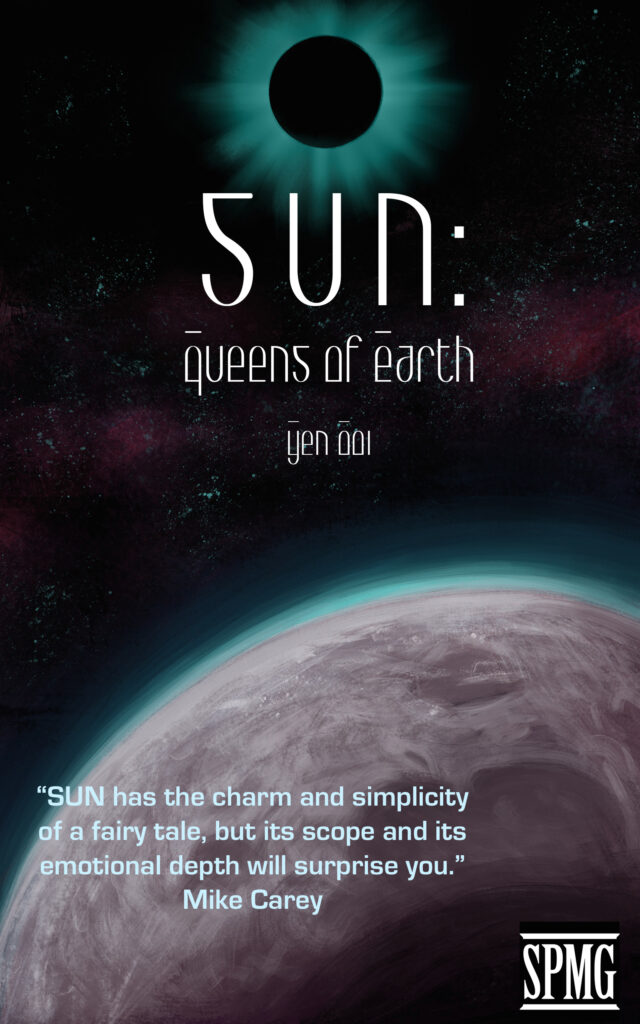 A Great War has ravaged the Earth and left humankind a shadow of its former self. Faced with the mortality of their race, those who remain press on with a new found humility and strive for equality in their drive to advance the species.

Hope lies on the frontier for humanity as new technologies and a profound discovery push them out into space. The chance to begin again is at hand, but will the old fears and the old ways return and hamper mankind’s progress once again?

Two girls, the seed of humanity’s greatest aspirations, must find the courage to choose.

“Thought-provoking and strange, this short novel is overflowing with invention. The writing style is rather unadorned, reminiscent of a fable, against which the ideas and the human conflicts stand out in contrast.” Mat Coward, Morning Star

“Yen Ooi's sci-fi debut has the charm and simplicity of a fairy tale, but its scope and its emotional depth will surprise you. Big ideas in a small bottle.” Mike Carey, best-selling author of The Girl with All the Gifts

I would like to showcase the Rare Traits Trilogy, three fast-moving modern/historical thrillers with a ‘unique plot line’. 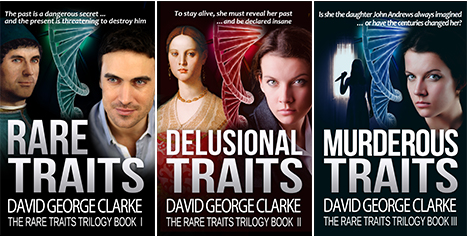 John Andrews is an extraordinary man. Not only is he an artist as gifted as any of the old masters, but at almost 600 years old, he is as youthful as he was back in the 1460s. He has perfect health, which he assumes is good luck, but as the years pass, he realises that there is something else very different about him: he is not ageing.

At sixty, his youthful looks become a threat to his life when a fanatical and over­zealous Church wants him burnt at the stake as a servant of the Devil.
Fast forward to 2009 when John’s DNA is profiled. Once its full significance becomes clear, it is not only geneticists who are interested: there are others desperate for the secret of John’s longevity and they will stop at nothing to get it.

Set throughout the world during the past six centuries, the three books in the trilogy interweave the lives of John Andrews and the very few others like him with forensic art examination, mysterious DNA and the challenges these genetically very different people face in order to survive.

While Rare Traits is John’s story across the centuries and in the present day, Delusional Traits is the tale of Paola, John’s unpredictable and ruthless daughter from the 16th century whom he has never met. The third book in the trilogy, Murderous Traits, sees many of the characters from the first two books coming together as John is involved in a desperate search for the abducted Paola. 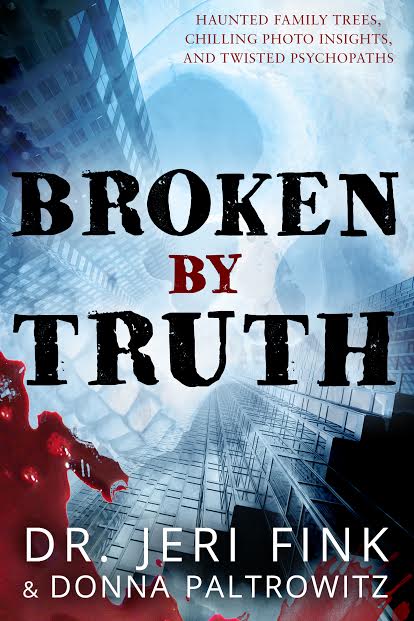 The first book, Broken by Truth, introduces Truth with Dr H! – a reality talk show that merges Dr. Phil, Oprah, and Springer. Everyone loves the show until a psychopathic lover shows up with a gun and shoots one of the on-air guests, splattering Dr. H’s Armani suit with blood. In the ensuing manhunt, Dr. H realizes that the shooter has an accomplice. Who is this secret psychopath hiding in plain sight?

See for yourself – download Broken by Truth for Free until January 26!

Print copies are available but they’re not included in the free giveaway:

Here is the podcast/webinar show where I interviewed Joanna Penn. Joanna wrote about the interview.

“This is a 90 min webinar that I did last week with Art Chats with Linda Fisler. It is aimed at people who are artists but haven't necessarily written much yet. We go through the difference between journals and private writing vs writing for publication, some info on publishing and the Alliance of Independent Authors as well as some info on being an entrepreneur and I answer some questions. I hope it's useful for people!”—Joanna Penn

You can find the interview on the Art Chat page. 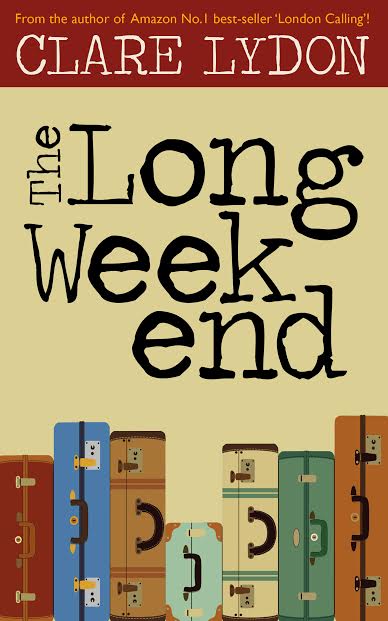 The event takes place at London's Royal Festival Hall alongside authors including Christopher Fowler and Diriye Osman. Tickets are £5 a pop if you fancy coming along and are available here.

We have an open day  for our MA Creative Writing and Publishing on Saturday 7th February for anyone interested in the course.

I've written the course and will be programme leader. This course runs in intensive monthly three day blocks over two years with a residential option for anyone travelling a distance at -West Dean College, an amazing arts college in the countryside just outside Chichester.

The course will go to Sussex Uni for validation in March and is designed to equip writers with the skills to publish their work however they wish. Year two focuses on publishing and I'd love to have an ALLi presence at some of those sessions.