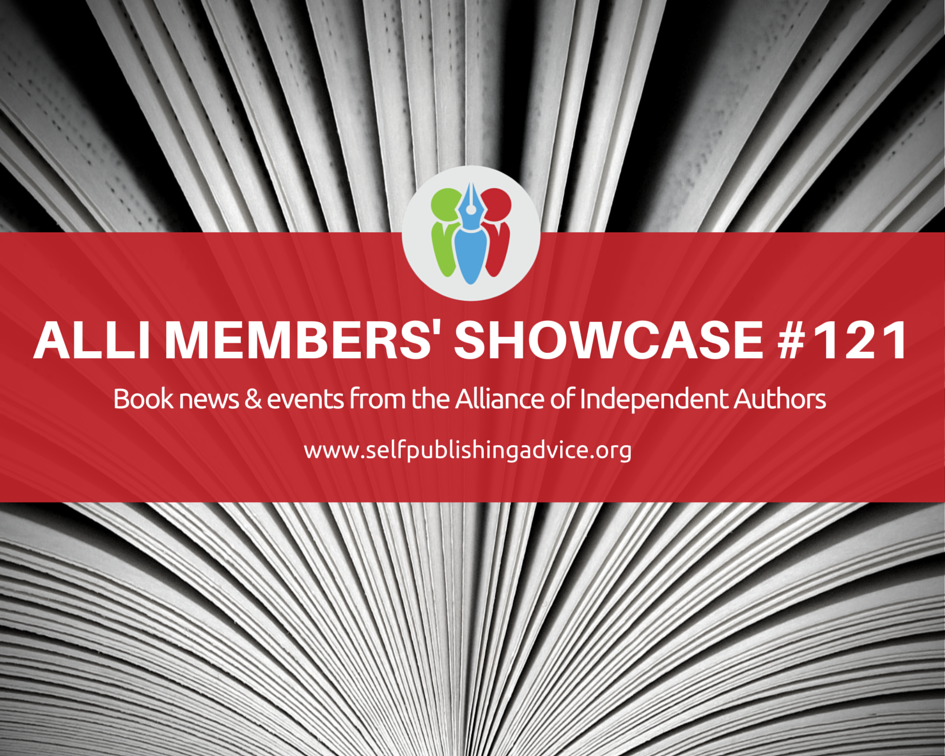 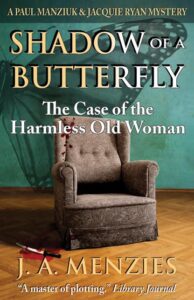 Shadow of a Butterfly: The Case of the Harmless Old Woman

Fans of classic mysteries in contemporary settings; ebook and paperback

Death in a seniors’ complex? Not that unusual. But the murder of a resident of Serenity Suites, a high-rise for affluent seniors in downtown Toronto, is highly unusual. Detective Inspector Paul Manziuk and his head-strong new partner, Constable Jacqueline Ryan, take on the difficult task of figuring out “whodunit.”

Homicide detectives Paul Manziuk and Jacqueline Ryan, themselves dealing with personal issues, try to allay the residents’ fears while following every rabbit trail that comes up. As they sort through half-truths and long-buried secrets, they realize that those with opportunity had no motive, and those with motive, no opportunity. They know they’re missing something, but what?

In her third Manziuk and Ryan mystery, J. A. Menzies once again delights readers with complex characters, tight plotting, and a satisfying conclusion. A masterpiece of mystery. Melony Teague

Her greatest strength is her ability to draw intricate plots, and to reveal clues in just the right amounts and at just the right moments.”” Marianne Jones, author of Great Grandma's Gifts 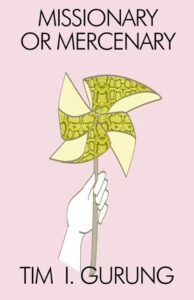 A man in his fifties returns home after spending many years abroad pursuing his noble hopes of helping his countrymen in need.

He established an herbal and health drink business and built a children’s home using the profit from the business. As his reputation grew with time, it attracted unnecessary attention from various fronts and his life and his business start to go wrong when an opposing political party decides to associate itself with his noble organization.

The repercussions affect him, his family and his business.

Please see my rating and reviews on Amazon page and Goodreads. 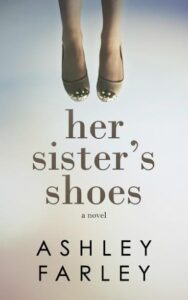 Her Sister’s Shoes is a women’s fiction novel scheduled for release on Wednesday, June 24, but available for pre-sale now and discounted to $2.99 (from $3.99) through the end June.

Set in the South Carolina Low country and packed with Southern charm and memorable characters, Her Sister’s Shoes is the story of three sisters—Samantha, Jackie, and Faith—who struggle to balance the demands of career and family while remaining true to themselves.

Available from most online vendors, including Amazon, Barnes and Noble, Smashwords, and Kobo. 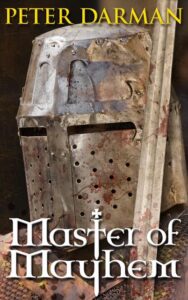 Master of Mayhem is an ebook. It is the fourth volume of the Crusader Chronicles and continues the story of Conrad Wolff, a brother knight of the Sword Brothers, and the Baltic Crusade in the first half of the thirteenth century.

Taking a diversion from the well-trodden path of the crusades in the Holy Land, the Crusader Chronicles throws light on the oft-forgotten wars in medieval times against the pagans in the Baltic. The story involves warfare, politics and intrigue as Conrad and the Sword Brothers, the order of warrior monks, battle to establish a crusader state in the Baltic against a host of enemies.

Blending real historical events and figures with fiction, this series brings a little-known part of medieval history to life. 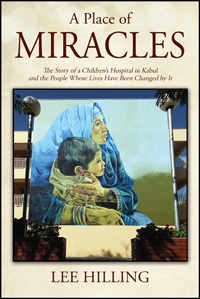 A Place of Miracles: The Story of a Children’s Hospital in Kabul and the People Whose Lives Have Been Changed by It

The result is an institution that has enabled children’s lives to be saved that might have otherwise been lost. Nearly 2,000 children have been treated for congenital and acquired heart diseases, almost half of which had open-heart surgery. FMIC is a model that can be emulated as the U.S. and others strive to complete their development missions there.

Available in either print version, or electronic version for Kindle and Nook readers. 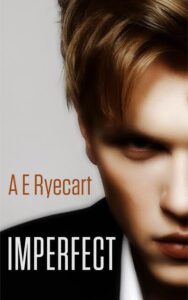 Writing under my penname of AE Ryecart, on 30 May 2015 I published my debut novel, Imperfect.

Imperfect is mm romance/gay fiction set in present-day London. It deals with difficult themes and is dark in places, but first and foremost Imperfect is a romance. Imperfect took me about 18 months to write, mainly because I had a number of other priorities that had to take precedence.

I am now working my way through my second book – same genre, but a different set of characters – and I am planning on having the first (very clunky!) draft finished by the end of June. 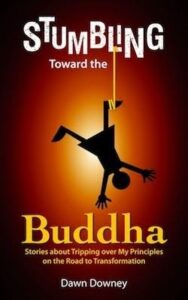 Stumbling Toward the Buddha: Stories about Tripping over My Principles on the Road to Transformation

A spiritual memoir fans are raving about. “I love this book!” “…exquisite writing. …” “…an incredible set of essay/stories …” “… like talking to a friend.…” “Honest, self-deprecating and funny …” “… down to earth …” “… I could not stop reading …” “…I recommend it to anyone and everyone!” 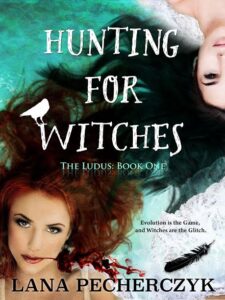 Hunting for Witches – The Ludus: Book One

Witches have been obliterated – or so the world hopes. At 24, Roo struggles to keep her DNA-changing abilities secret. She doesn't feel like a witch, but if she isn't, how can she manipulate the physical world? Why does she feel the energy of all living things?

On tenuous ground, Roo keeps her skills hidden with the help of her sexy songstress BFF and her barmaid job at The Cauldron. Hiding in plain sight seems to be working until a mysterious witch hunter comes to town.

Roo is exposed and attacked from all sides. She must learn to trust others while she discovers her identity and masters her powers to save the lives of her loved ones. She needs to convince herself and her town that she's more than a witch.

Inspired by mythology, science and fantasy, this fascinating debut novel is set in a brilliantly envisioned world where life is a secret game played by gods and witches until death … 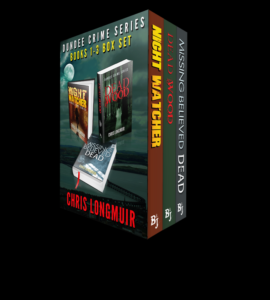 Hot off the press, Chris Longmuir has combined the three books of her Dundee Crime Series into a Kindle box set, which means you can get the three books for the price of two.

Night Watcher: Obsession and death! Two stalkers, one target, and a woman seeking revenge! Can DS Bill Murphy catch the killer before he strikes again?

Missing Believed Dead: Missing children! Internet predators! Dead bodies! Is Jade alive or dead? Or has she returned to wreak a terrible vengeance?

Three books that will have you looking over your shoulder, and keep you off your sleep. 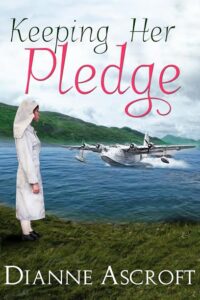 This month we mark the anniversary of D-Day. As we remember this pivotal point in the Second World War more than seventy years ago, I thought it was an appropriate time to launch the first book in The Yankee Years, my series, which tells stories of a little known part of Britain’s war history.

During the Second World War Northern Ireland hosted American, British and Canadian troops. County Fermanagh welcomed Air Force squadrons hunting U-boats and defending shipping convoys in the Atlantic Ocean and Army battalions training and preparing for deployment to Europe’s Western Front. After the Allied troops arrived, life in the province would never be the same again.

In The Yankee Years novels and Short Reads I endeavour to weave thrilling and romantic tales of the people and the era.

The first story in the series, Keeping Her Pledge, released 7th June, is a short read – approximately 90 minutes reading time. 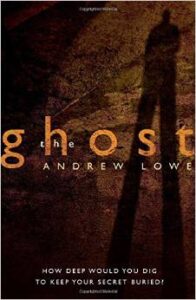 One Big Book Launch in Farringdon

My novel The Ghost was chosen as one of the ten books for this year's One Big Book Launch, which happened on Wednesday at the Free Word Centre in Farringdon.

It was a relatively brief evening (around two-and-a-half hours, all in) but as ever, I learned a lot – from a group of friendly and talented authors – about how to be better at events, and about the pleasures, challenges and motivations that lie behind this gleefully insane business of trying to earn a living by getting other people to read your writing.

Read 8 Things I Learned At One Big Book Launch 2015 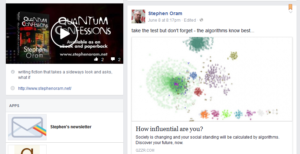 I’ve created a social media quiz in the style of which personality are you to promote my new novel which is set in a near-future where your status, job and where you can live is determined by your social media influence.

The quiz is a bit of fun, but also gives a flavour of the dystopian world of Fluence.

I’m hoping it will be enjoyed and shared far and wide. The quiz is live on my Facebook page and can also be found  on my website. 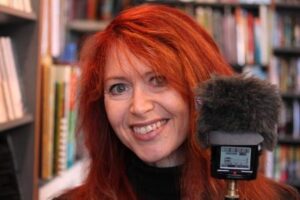 Roz Morris's novel-editing masterclasses for The Guardian are proving increasingly popular. She's booked for two more dates (4 July and 26 September) and is also teaching a day at the Guardian creativity summer school in August.

The Oldie has invited her to teach a module at one of their creative writing courses in September, and the week after that she's teaching a special writing retreat in Venice. Meanwhile she's been ghost-writing two books and presenting her radio show So You Want to Be a Writer and this week she appeared on a new podcast, Literary Roadhouse.

But she's most pleased by the fact that she's making headway with the second draft of her third novel, Ever Rest. 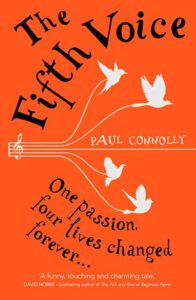 I’m delighted to report that my novel, The Fifth Voice, has been shortlisted by Writing Magazine for the Self-Published Book of the Year Award.

I only found out when I noticed a Facebook post by fellow SilverWood Books author Alison Morton, which sent me scurrying to open the July edition of the magazine which had just arrived. Sure enough, there it was on page 22 – a great little review and the cover of my book staring back at me.

Thanks to SilverWood Books, Mark Ecob, Martin Ouvry at the Writers’ Workshop, and all those who helped me along the way. 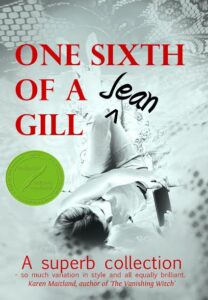 One Sixth of a Gill

A finalist and highly recommended. The Wishing Shelf Awards. ‘A fantastic array of wonderful prose, from bee-keeping to Top Tips on Dogs!
Also shortlisted in Bookhippo's Spa Spa Awards.

Five-minute reads. Meet people you will never forget: the night photographer, the gynaecologist's wife, the rescue dog. Dip into whatever suits your mood, from comedy to murders; from fantastic stories to blog posts, by way of love poetry. Fully illustrated by the author in black and white; Jean Gill's original photographs are as thought-provoking as her writing. An out of body experience for adventurous readers. Or, of course, you can ‘Live Safe'.