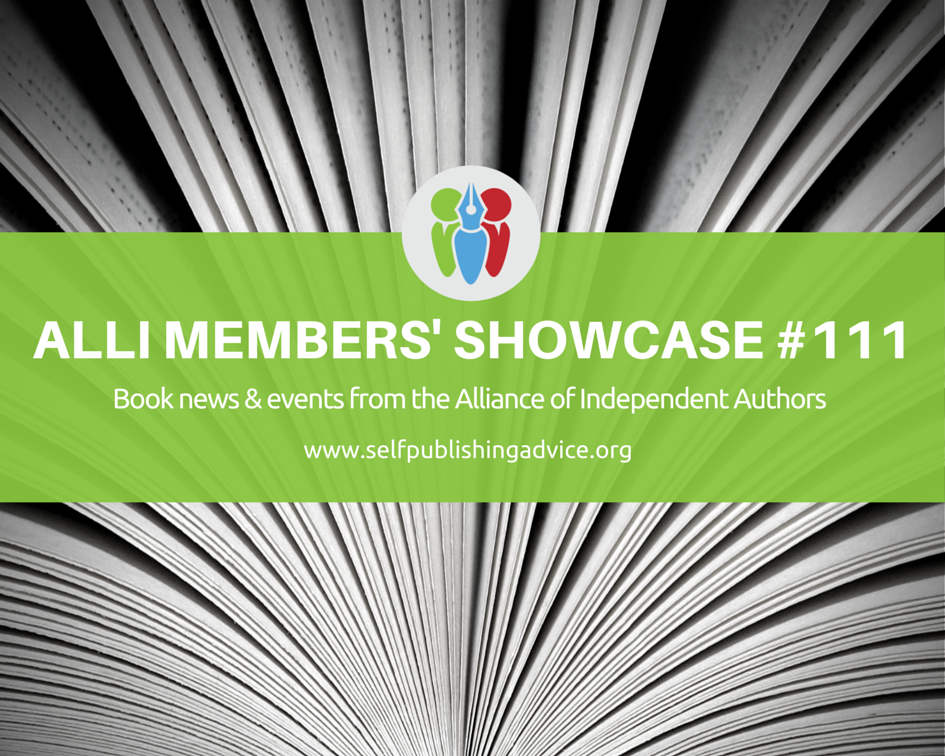 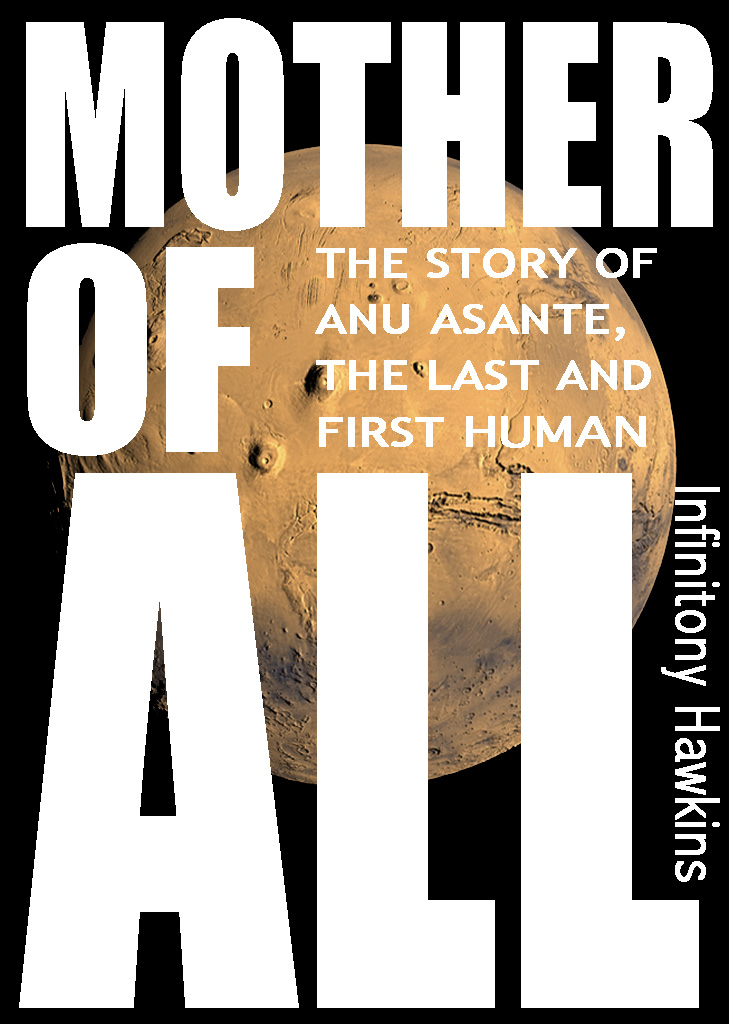 Anyone who likes an allegorical tale of human self-destructiveness with suggested solutions; ebook

The human race has destroyed itself on Earth. There is a single survivor on Mars with an advanced medical computer, the Professor, and a pool of genes. Should she start the human race again or let it die out with herself.

Is there any point in life, any really good reason to exist? All the priests and the philosophers are dead, all the great scientists, all the pontificating men of history. Just her and her pain remain. The Professor's psychological program has the history of the world in fine detail from a purely scientific and health perspective. It's the bare story stripped of all bullshit. 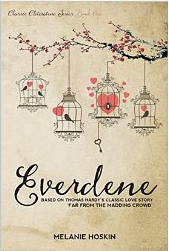 A modern-day adaptation (all original words) of Thomas Hardy's classic love story Far from the Madding Crowd (major film release on 1 May), which uses the original character traits and plot, and modernises the story to reflect current society norms.

Chosen by Caroline Sanderson, Associate Editor of The Bookseller in 27th March issue of the magazine as one of the March Independent Author

Preview titles, with a short description about the novel and her comments about the cover. 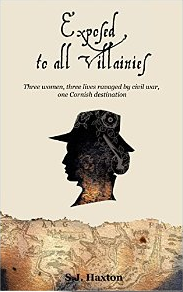 Exposed to All Villainies

In 1646, at the end of a bitter civil war between Crown and Commonwealth, one thousand souls loyal to King Charles I suffered an ordeal five months long, besieged in a Cornish fortress overlooking the Carrick Roads. Of these desperate Royalists, two hundred were women and children whose names will never be known. This minor historical fact was the seed from which Exposed to All Villainies grew.

In a blend of real historical events and individuals and fictional characters, we hear voices from the past still whispering from the walls of Pendennis Castle. They are the narrators of this novel: Grace Godwynne, Hester Phipps and Mary Carew.

“Amid the tumult of civil war sweeping across the south west of England, we hear clearly the voices of three very different women. This richly imagined book gives us an intimate sense of personal survival through years of unrest – a fine insight into stirring times” Dr Ella Westland
…“if the task of the historical novelist is to make fiction meet fact then this succeeds admirably…highly entertaining, highly plausible, a remarkable narrative” John More, Historian
“A tour de force!” Dr Joanna Mattingly 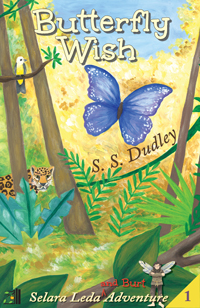 A fairy godmother with a beard?

Selara Leda’s real fairy godmother has left on a trip, and her substitute is the worst godmother fairy in the world! Burt Buttles isn’t even a godmother; at best he’s a god-uncle. A god-uncle without a clue. He put brown in a rainbow!

Only, she’s a kind of butterfly that lives in the Amazon rain forest.

Now Selara has a problem: How does she get home?

The India Readathon aims to introduce readers to self-published books set in India.

This Readathon is for you if:

Starting from 15th April, and running for a period of 3 months, readers and bloggers will have the chance to read some amazing books, and listen to audiobooks as well! All you need to do is write up a review of the book you've read before moving on to the next interesting read. 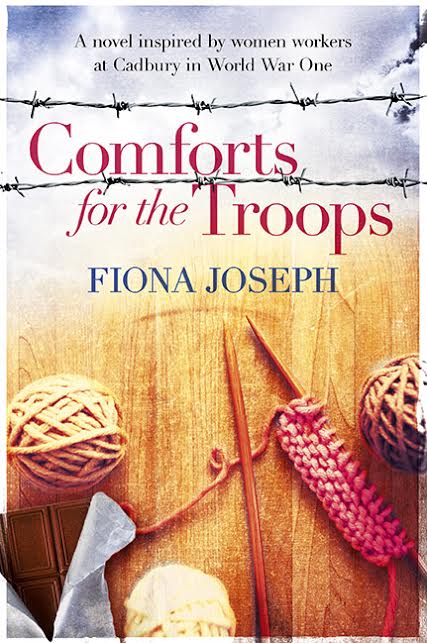 Comforts for the Troops – author tour

This month Birmingham-based writer Fiona Joseph kicks off an author tour of libraries in Walsall and Warwickshire to discuss and sign copies of her new novel Comforts for the Troops, a fact-inspired story about the lives of three women working at the Cadbury chocolate factory during the First World War. 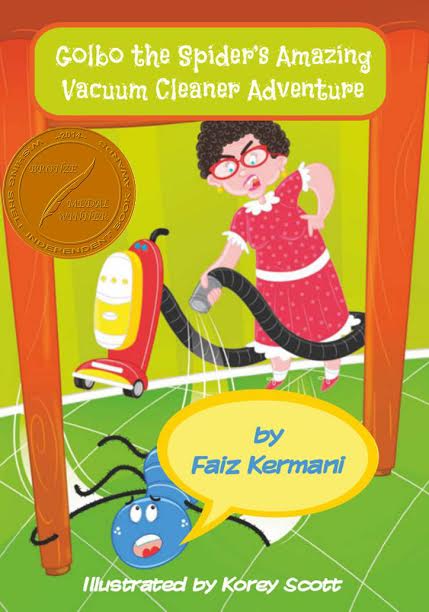 Today I was informed that my book Golbo the Spider's Amazing Vacuum Cleaner Adventure won the Bronze award in The Wishing Shelf Independent Awards. 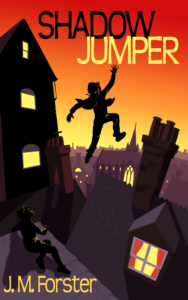 I am very proud to announce that my book, Shadow Jumper, has won the Books for 9-12 year old category of The Wishing Shelf Independent Book Awards.

The Awards are run by Edward Trayner, a highly successful children's author (who writes under the pen name Billy Bob Buttons).

Books in the children's categories were read and judged by children in 8 UK primary and secondary schools. 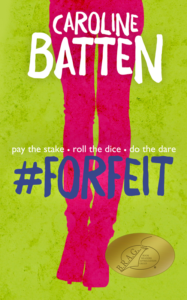 I’m delighted to announce that #Forfeit has been awarded a BRAG medallion.

Award-winning Chick Lit with Edge. Perfect for fans of Sophie Kinsella, Jane Green, David Nicholls and Jilly Cooper, #Forfeit's a contemporary romance from a Number One and Most Read Wattpad author with over 3,000,000 reads.

Pay the Stake. Roll the Dice. Do the Dare.

Getting divorced at twenty-five sucks. Teaching over-confident rich kids when you're all but homeless sucks. In fact, every single aspect of Daisy Fitzgerald's life is one big fail. Enter hot young chef, Xander. He's a Knight-in-Shining-Cricket-Pads who knocks Daisy off her wedge heels and into his privileged world of It-girls, players and Michelin stars.

“#Forfeit will make you laugh, cry, question your sanity and wish for your very own Knight-In-Shining-Cricket-Pads.” ~ Amber 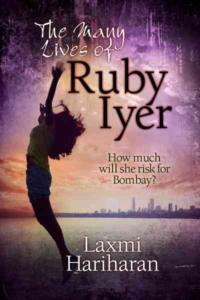 I was recently interviewed for The Guardian, the story titled Why the hero of my YA dystopian novel had to be an angry young Indian girl challenges the domination of dystopian western worlds in teen novel.

Read: The many lives of Ruby Iyer