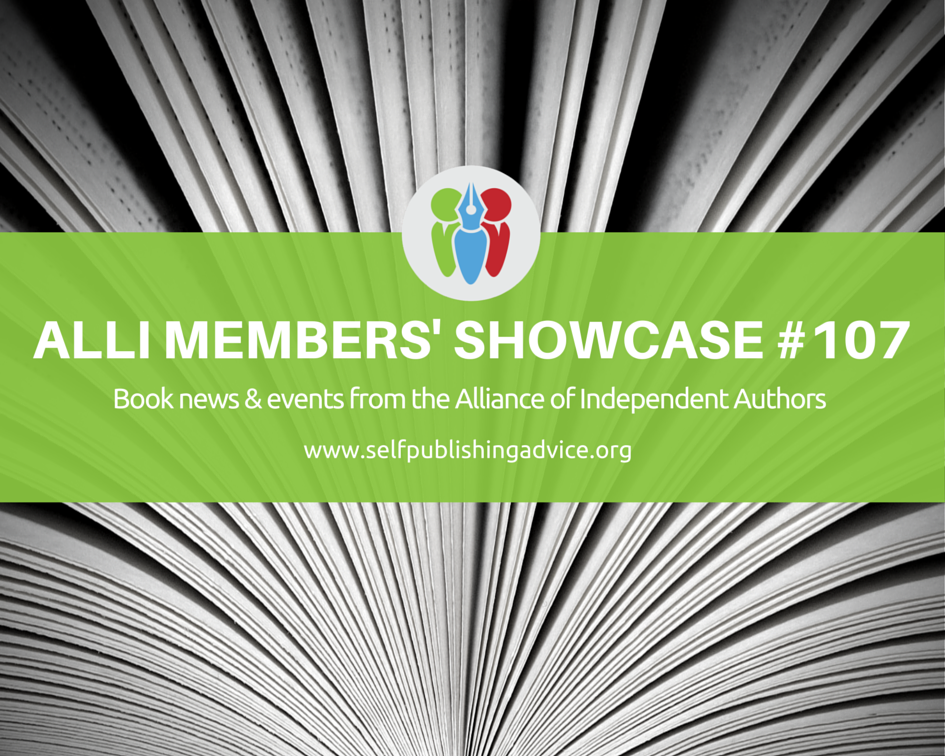 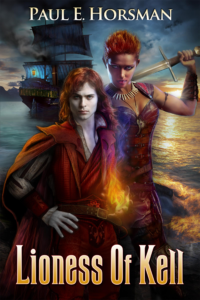 Y.A. and Adult readers of Fantasy Adventure; ebook and print

Secure in his position as the Prince-warlock’s son, seventeen-year-old Basil is content with his solitary life of study and magic.

Until the Warlockry Council summons him, and their demands sets his whole, safe existence tottering. Scared and unsure, he decides to run, and takes the first ship out of town.

The Lioness of Kell is a spirited fantasy story of high adventure and romantic love, in an alternate earth setting of tropical islands, pirates, trolls and wyrms, where both magic and early modern technology flourish. 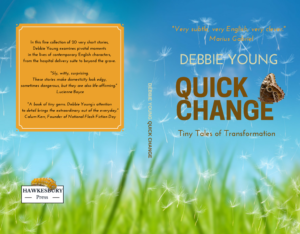 Originally published as an ebook last year, this collection of flash fiction is now available in paperback for the first time.

The book should be of interest to anyone who enjoys contemporary short fiction or who is curious to know what flash fiction is all about. Flash fiction, sudden fiction, microfiction, ultra short fiction – call them what you will, these twenty wry and witty short stories examine change at every stage of life, in a natural progression from birth to death. Mostly lighthearted, but often moving, the collection is written with an admirable economy of style.

The new paperback contains bonus material that did not feature in the original ebook: two short stories that were published in other anthologies last year, both based on the theme of public libraries. (These are the two stories that the author read aloud at the Indie Author Fair, Chorleywood, in November.)

The reviews that followed the publication of the ebook were excellent:

“I loved these stories. Sly, witty, surprising, and the twists are genuine twists. The characterisation is lovely, very deft and economical. They make domesticity look edgy, sometimes dangerous, but they are also life-affirming.” – Lucienne Boyce, historical novelist and historian 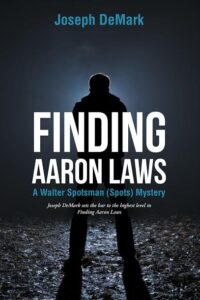 With the help of a retired Philadelphia Chief Inspector, he now returns readers to the mysterious and dangerous world of Detective Spots in his new mystery novel, Finding Aaron Laws: A Walter Spotsman (Spots) Mystery (published by Lulu).

Read the first book in the series. Think this is an improvement. Lots of twists in this one. Gets a little complicated at times but all comes together in the end. Besides the seriousness of the plot it also has a soft side that may surprise you. Like the first book it is a quick read as well as entertaining.

A real page turner ! A must read ! I was completely immersed from the first page, one of Mr. Demark's best. You must read Criss Cross his first book. I will be waiting for the next!” 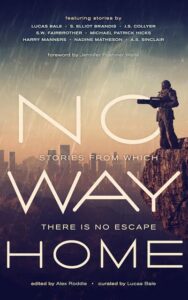 From the curator, Lucas Bale: When I set out, late last year, to reach out to a number of self-published authors and ask them if they'd like to pool ideas and beta-read for each other, I had in fact unwittingly set up a writers group. I didn't know what a writers group was at the time, but I see now how useful such a group can be. Writing can be a lonely profession, and the best independent authors are fiercely loyal to their readers and want to produce the most professional, well-edited and compelling book they can. Having other writers review that work before it is published is essential. All authors do it.

Sometimes dark, sometimes heart-warming, but always insightful stories and more are to be found in No Way Home, where eight of the most exciting new voices in speculative fiction explore the mental, physical and even meta-physical boundaries that imprison us when we are lost.

“Strong, dramatic and thought-provoking stories, all with a powerful take-home message.”
E.E. Giorgi, bestselling and award winning author of Chimeras 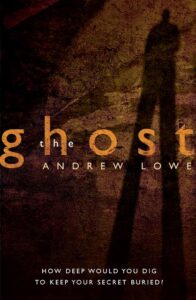 My novel The Ghost is a psychological/crime thriller which follows troubled film critic Dorian Cook who is being stalked by a figure who may be connected to a horrific prank Cook was secretly involved in as a child.

It is being self-published with Matador on June 28th but I've just set up a pre-order discount on the print edition via the publisher's website.

If you buy the book now, then you get the whole thing – delivery included – for less than £10 – and copies will be with you by the end of March. 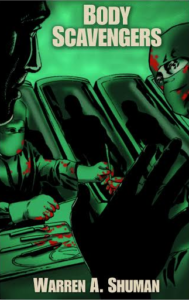 Lloyd Bennett, an alcoholic Detective of Homicide, loses his wife, and two children in a terrible accident while he is D.U.I. He is disgraced, and hits bottom. He wanders the streets aimlessly, and into Doctor Aurelius’ Philanthropic Hospice, where he is drugged — to donate his heart.

Body Scavengers is a fast Horror/Suspense/Thriller of 130 pages that cuts into human morality, and a deep, personal guilt journey for the Hero. The most Evil Villain is a brutal antagonist, bent on killing Lloyd.

The surprise ending leads to a sequel. The e-book will be published by Frugal Marketer Publishing. LLC. and posted on Amazon. 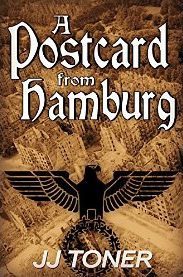 A Postcard from Hamburg

My latest WW2 spy story is on pre-order for kindle. The book will be available for sale on April 2.

1943. WW2 is raging in Europe. Kurt Müller is living in London and working for British Intelligence when he is asked to identify a dead German agent. Going through the agent’s personal effects he finds a photograph of his lover, Gudrun.

The picture is recent, taken outside their home in Dublin. A telephone call home confirms that she is missing. Then he gets a postcard from Gudrun, posted in Germany, and he knows the Gestapo has taken her…

I blogged about it here: 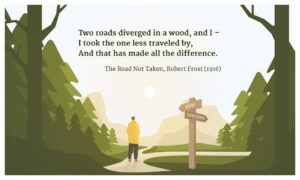 What Authors Can Learn From Startups

Ricardo Fayet, co-founder of partner member Reedsy, was invited to guest post on Jane Friedman’s blog on the inspiration the startup world can provide to authors:

“We can apply Andrew Chen’s Law of Shitty Click-Throughs to explain why many authors now get the feeling that popular strategies like “perma-free” (creating work that is permanently free) are no longer an effective marketing strategy.

What does this mean? You need to be more creative. Sure, you can find inspiration in what others have done, but also know that the less advertised “strategies” out there might actually be the ones worth pursuing (or at least testing). 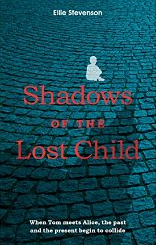 On 18 February I gave a talk at Acomb Library (York) on my latest novel, Shadows of the Lost Child and how it was inspired by historic York. The talk focused on the history of two areas of the city (Bedern and Hungate) in the 19th century, what life was like then and how I was able to illustrate that through the story.

I also talked about the house and legends that inspired the novel.

Numbers attending the event were small, but everyone was very enthusiastic, asked questions and I also sold some books afterwards. A thoroughly enjoyable and rewarding event, all round! 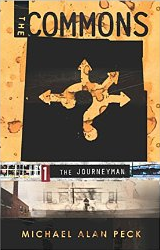 Michael Alan Peck's The Commons: Book 1: The Journeyman and Jane Steen's The House of Closed Doors were two of 12 semi-finalists named in the “Soon to be Famous Illinois Author” contest today.

The competition, currently in its second year, is open to all Illinois residents, who must be sponsored by a branch of their local library.

Finalists will be announced the week of March 9, and the winner receives promotional help from libraries around the state, schedules appearances in person or via Skype, and is interviewed by Chicago media and other outlets.

The House of Closed Doors semi-finals in Illinois-wide competition

ALLi member Jane Steen's historical novel, The House of Closed Doors, has won through to the semi-finals of the Soon To Be Famous Illinois Author Project.

This is a library-sponsored competition to find Illinois' best self-published writers–being one of the first initiatives of this kind in the US, it has attracted a fair amount of attention in library circles with a special session on the project at the recent American Library Association Midwinter conference in Chicago.

Twelve novels were selected for the semi-finals, embracing several different genres and styles. Finalists will be announced shortly.