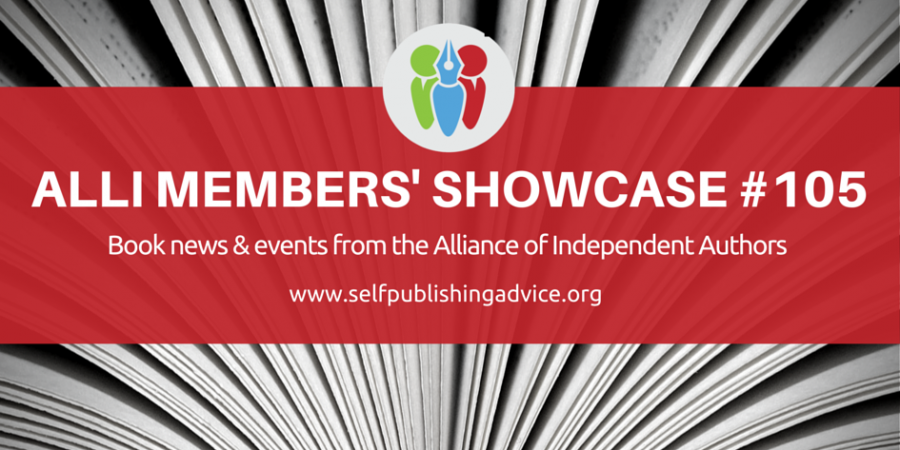 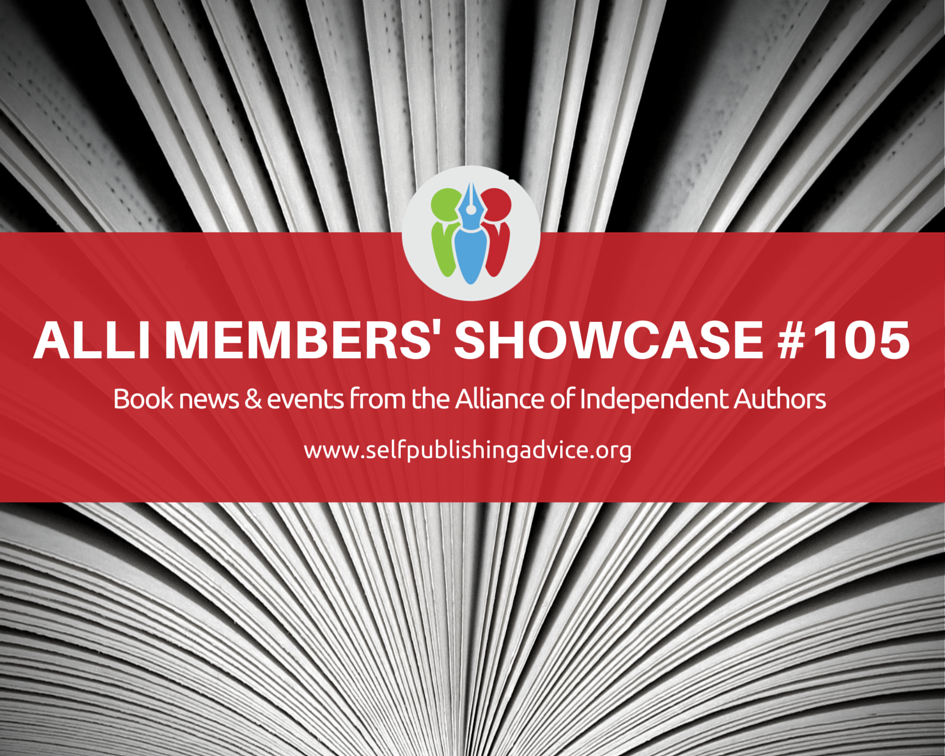 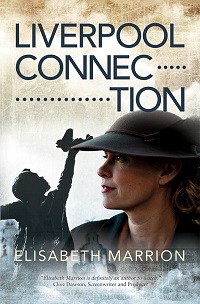 Liverpool Connection has made it the Historical Novel Society 2015 Indie award short list.

It is the story about Annie and her friends leaving Ireland for Liverpool in the hope to find a better life.

Only things do not turn out the way they imagined. With the onset of WWII comes tragedy and loss, testing Annie's strength to her limit.

“Elisabeth Marrion is definitely an author to watch.” Clive Dawson, Screenwriter and Producer.” 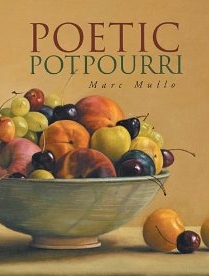 A global audience of avid readers and poetry admirers. Ebook and print formats are still available.

My first and only release thus far remains on the international and online markets in both print and digital editions. It was initially self-published and put on the market in December of 2011 (print), and March of 2012 (digital).

This title embraces my long-time fondness of poetry, in a modest collection of favourite pieces, collected from the initial decade of my writing “journey”, as I now like to refer to it as. I hope that this book will grab your attention, and send you on an emotional rollercoaster, from beginning to end, with each pronounced composition.

It will make the perfect literary addition or ideal gift.

You will find some positive reviews and endorsements of my work on Amazon and Goodreads, just to name a couple of prominent websites for writers' and authors' publications, in the grander scheme of things. 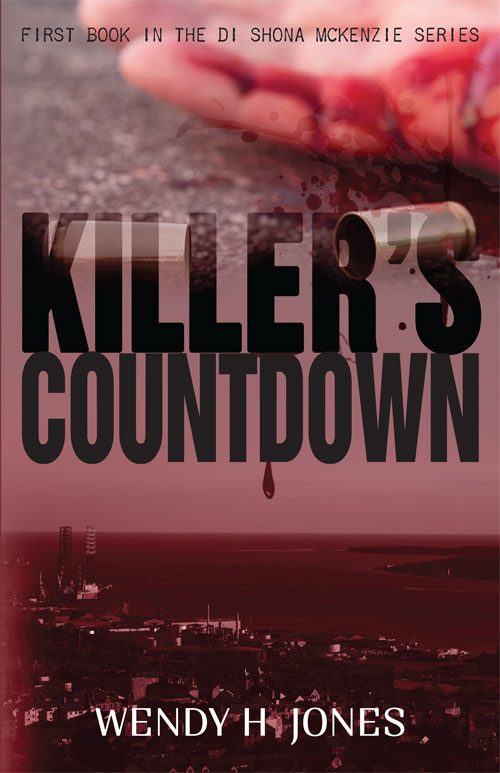 Dead Women. A Ruthless Killer. A Detective with something to prove.

Newly promoted DI Shona McKenzie struggles to cope with her new job, the respect of her colleagues, and the need to solve the hardest case of her life.

Will she succeed? “You don’t get your money’s worth from Killer’s Countdown, the debut novel by Wendy H Jones. You see, you read it too quickly, you can’t put it down, you haven’t time to eat and sometimes, you even stop breathing with the suspense.

Set in Dundee, this is no run of the mill detective novel. The all action plot is unique and so are the characters. DI Shona McKenzie is grumpy, cynical and work-obsessed but yet she has charisma, and her subordinates and the reader love and respect her.

The multiple murderer is also unique. He (or is it she?) has an almost justifiable mission to accomplish. Who will win in the end? You won’t know until the last page

The Labyrinth Year (published in paperback Sept. 2014) is now available in Kindle format from Amazon – cheaper and easier to slip into your holiday luggage.

A family-based relationships story, set in Oxford, Northumberland, & Cornwall – ‘Joanna Trollope meets Jo Jo Myers' ‘The One Plus One’ with a touch of Susan Howatch.'

Is life a deluding maze, or a purposeful labyrinth?
(NB Website handles paperback version only, for e-version use Kindle via Amazon)

This book is not a trivial read; it is a thought-provoking gem.' (Latest Amazon review) 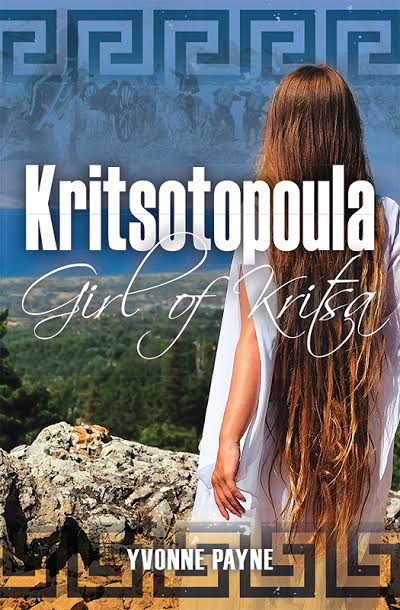 Print and ebook; readers who enjoy historical adventures and/or Crete

Yvonne Payne enjoys life as a part time ex pat in the village of Kritsa, Crete where an annual memorial service is held for a village lass who fought against Ottoman oppression disguised as a young man.

The legend has been handed down generations, and until now, there has not been a text in English. Based on fact, local customs and myths, this book makes an ideal souvenir for the village's many summer visitors.

It will be on sale in local shops as well as the Kritsotopoula museum, SilverWood Books, and Amazon.

Beryl Darby, author of Yannis, set on the leper island of Spinalonga, says, ‘Yvonne's vivid descriptions of village life and the battles, along with her sensitive portrayal of the innermost thoughts of her central character are both moving and believable'. 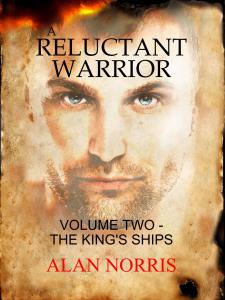 Volume Two of the Reluctant Warrior series is finished and has become available on Amazon's Kindle List (Amazon's reference ASIN: B00TOAM69A). And already copies have been taken in the USA!!

Volume one of the Reluctant Warrior series told of the adventures and travels of Ranulf, from his lowly beginnings as a ragged orphan, to becoming a national hero and lord of the manor. This book, Volume Two, The King's Ships continues his story as he oversees the preparation of the King’s fleet of warships that becomes the embryo of our modern day Royal Navy.

It should have been a straightforward task, but it became mired in the politics and greed of the King’s councillors, something that would never have happened if the King had been in residence.

But the situation wasn't helped by Ranulf himself, who would much rather be at home with his wife and daughter than in Winchester, being a husband and father is still new to Ranulf and it thrilled him each morning as he opened his eyes to a new day. But that is going to be taken away by a Viking warband that gets too close to home.

Writing this book was a huge amount of fun for me and I shall miss it when I sit at my desk each morning now that it’s gone.

Watch out for Volume Three in the series that will continue the story. It will be called Pirates! 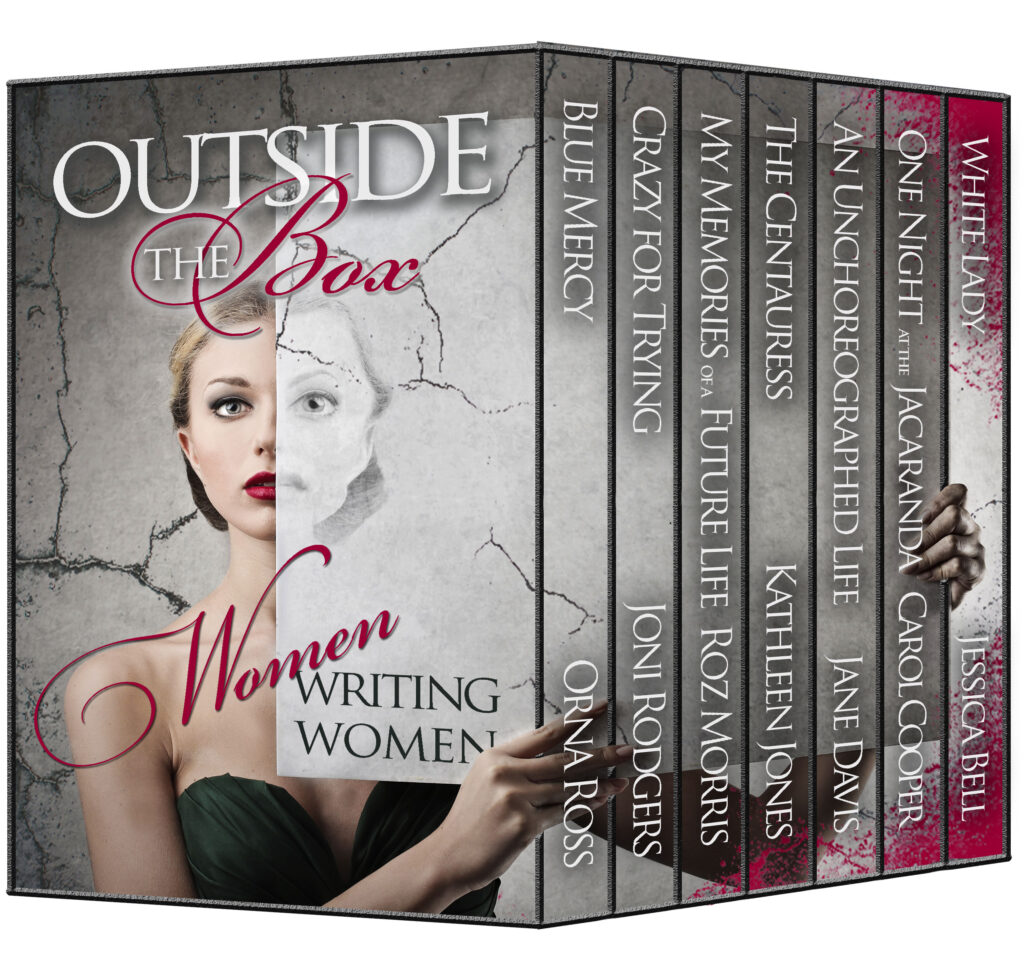 Outside the Box: Women Writing Women

Available Now! Outside the Box: Women Writing Women is a box-set which brings together the work of authors who are at the forefront of a strong cohort of ground-breaking women who are writing and self-publishing literary fiction.

Released in eBook format on February 20 and available for just 90 days, this treasure house of novels introduces an unforgettable cast of characters:

Last year Diane Capri wrote for us about the value of box sets and this week seven ALLi members — Jessica Bell, Carol Cooper, Jane Davis, Kathleen Jones, Joni Rodgers and our Director, Orna Ross — launch an ALLi boxset.
Actually, they are calling this collection seven full-length, critically acclaimed novels an “Out of The Box” set, because the one thing that unites all the books is unconventional heroines doing wayout deeds.
Out of The Box: Women Writing Women will be available for 12 weeks only, at $9.99 (£7.99)  You can find out more here. #WomenWritingWomen
And why don't you follow their example and get together  with other ALLi members who write in your genre to do your own boxset?  Use the search box on the front of the ALLi website to search for possible partners. Or try a callout on our closed Facebook forum. 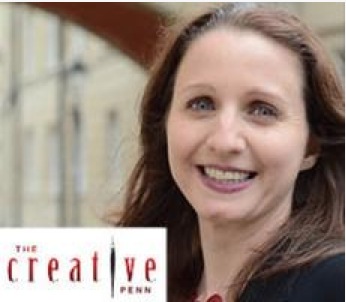 How to make a living with your writing – London, UK

How to Make a Living from Your Writing: Books, Blogging and More 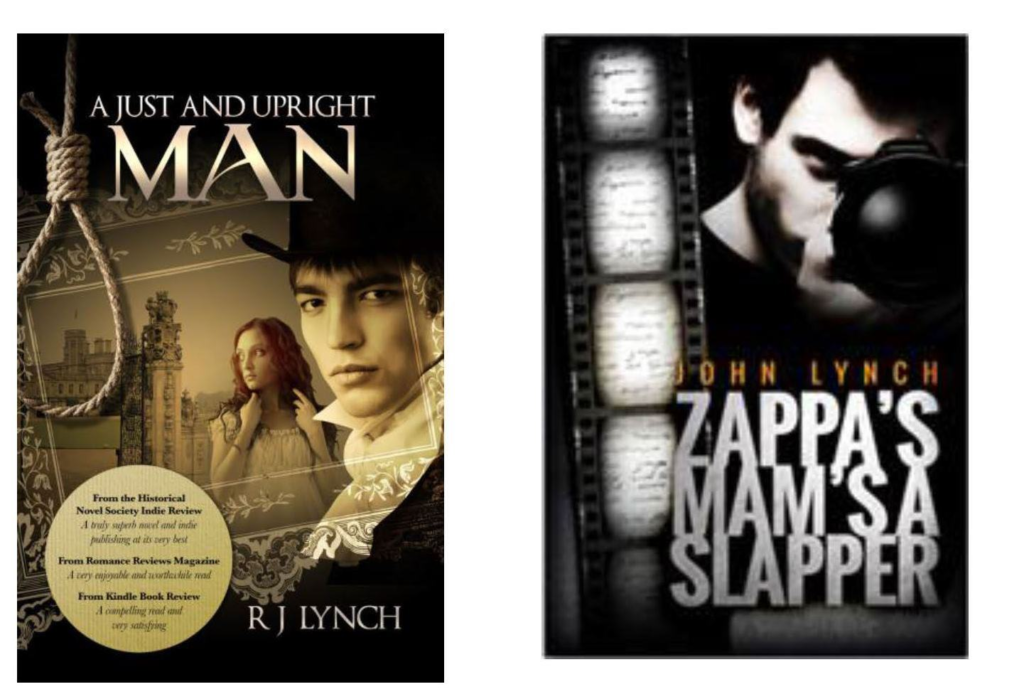 Save Money with a BOGOF

The chance to read two highly enjoyable books (one listed for the HNS 2015 Indie prize) for the price of one.

I’m offering you a chance to read two paperbacks I think you’ll enjoy and save money. Order Zappa’s Mam’s a Slapper by John Lynch in paperback direct from this website and we will send you absolutely free a paperback of A Just and Upright Man by John Lynch’s alter ego, R J Lynch, absolutely free (normally retails at US$12.28 or £8.99). This offer is good for all purchases of Zappa’s Mam’s a Slapper from this website up to and including 28th February. 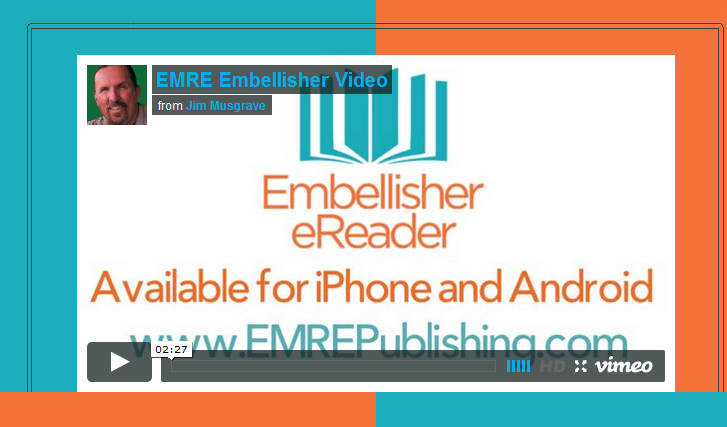 I’ll be rolling out my new ePub3 Multimedia Creator’s Studio very soon. It’s the first such program available to authors.

I think authors will enjoy seeing their families “come alive” inside my creative method of telling a genealogical story.

Here's Your Chance to Experience the Awesome Power of Mobile Delivery

As an exclusive offer, EMRE Publishing is taking all published* eBooks into our dynamic new eReader, the Embellisher. You don't even have to have embellishments (audio, video, music playlists) to take us up on this offer. If you do want to have us develop or “revise” your conventional eBook into an enhanced version, then we can do that also with our Advanced ePub3 Production Plan.

Your titles can be conventional epub, mobi or pdf titles, and we'll upload them for you. In addition, we'll be paying you 100% of the asking price for your title!

Read more about the online version of my offer. 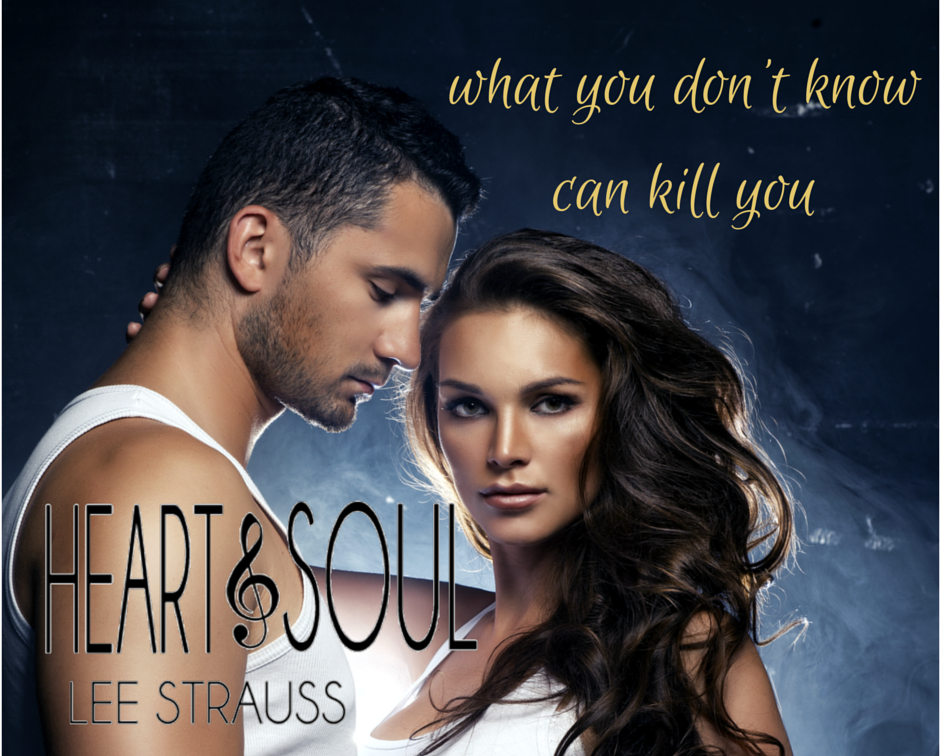 Gabriele Baumann-Smith is deliriously in love with her young husband Lennon.

Except, it turns out that Lennon Smith isn't his real name. In fact, he's full of secrets: a cottage on the southern British coast, an old girlfriend and… an identical twin brother.

Callum Jones—not his real name—can't believe his brother's widow came to England. He'd warned Mick—Lennon—that an inheritance could put the girl's life in danger, and he was right.

“Mrs. Smith” is the last thing Callum needs to worry about right now. She's beautiful, sure, takes his breath away at times. But when she looks at him, who does she see?

Gabriele's heart is battered and bruised. Can one brother fix what the other left behind? And will they live long enough to find out?

If you are a member of The Alliance of Independent Authors and you would like to showcase your work on our ALLi Showcase, please complete the submission form and then mail me the image at [email protected] – details here.

Contributions to reach me no later than the Thursday proceeding the Saturday you would like it published.