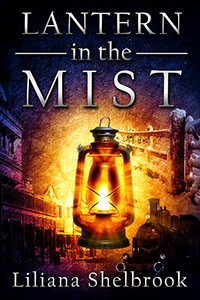 As I am attending Words by the Water Literary Festival on the 7th (World Book Day) I thought I'd do a double freebie for Kindle on THE FORTHRIGHT SAGA
and DRAGON BAIT.

Tuesday, February 26 – Amazon is re-launching Finding Emma with a new cover and new price – thanks to the 3 book deal that I signed in August.

I'm doing a freebie for my novel Lantern in the Mist on March 14 (a Thursday).

Lantern in the Mist is in the women's fiction and American historical fiction category.

In 1899, stunning Kathleen Colby finds herself forced to embark on a perilous adventure with her disabled sister across America. During this unparalleled journey from Alaska to New York, she encounters compelling, dangerous characters, meets an attractive man of many secrets, and discovers what it is to be a woman in the late 1890s.

This amazing trip will eventually change the naive Kathleen into…the new woman of the early twentieth-century.

Triskele Books has recently set up a blog – http://triskelebooks.blogspot.fr/

We originally ran a (not very successful) book club from the Triskele Books website, which we've now moved over to the blog.
We decided that from now on, we'll be featuring mostly indie published authors and their novels, with reviews and author interviews.
The first planned one for April is Linda Gillard's House of Silence. 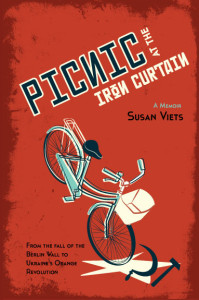 Book Presentation – Picnic at the Iron Curtain: From the Fall of the Berlin Wall to Ukraine’s Orange Revolution

Susan Viets worked as a journalist in Eastern Europe and the USSR during and after the collapse of communism. Starting in Budapest with the Guardian (1988 – 1990), she then became the first accredited foreign correspondent in Ukraine, reporting for the Independent (1990 – 1992) and the BBC (1994 – 1996). After a year with the International Red Cross in Bosnia-Herzegovina (1997 – 1998), she returned to Canada as a CBC news writer and producer. In 2004 she visited Ukraine and covered the Orange Revolution for the Independent on Sunday.

If you are a member of  The Alliance of Independent Authors and you would like to showcase your work on our Writers' Wednesdays, please send it it [email protected] to reach me no later than the Friday preceeding the Wednesday you would like it published.