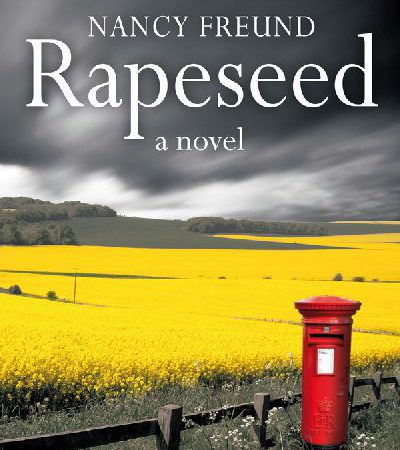 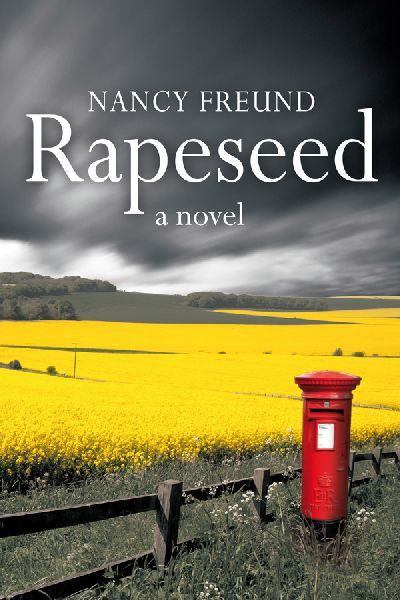 We just had an official launch party here in Lausanne Switzerland for the novel RAPESEED by Nancy Freund coming out in September AND for new publisher Gobreau Press, based here and in Key Largo, Florida.

Gobreau will publish American diaspora and expat fiction, in print and e-book.  Although it launches with my own work, and therefore as a self/indie press, we hope to publish other writers a year after launch date.

The literary novel features small-town Kansas synesthete, Carolann Cooper, whose family has moved to London, England.  Synesthesia is an unusual brain phenomenon of cross-wired senses, whereby the synesthete may see letters and numbers in color, hear sounds with the taste of certain foods, and graphically visualize periods of time.

Partly as a result of her synesthesia, Carolann has always been isolated, and her expat experience creates an opportunity for her to reconcile her past with the future she would hope to create for her family.  However, she faces unexpected difficulties – sometimes even within her own home – as she proceeds

By the way, the cover was designed by Jane Dixon Smith.  I love her work! 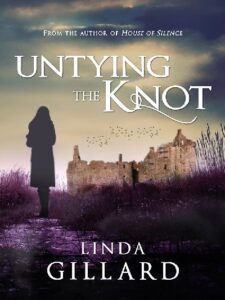 Linda Gillard has just published her 5th novel, UNTYING THE KNOT in paperback.

The e-book was awarded an IndieBRAG Medallion in 2012 by the Book Readers Appreciation Group.

Marrying a war hero was a big mistake. So was divorcing him.

A wife is meant to stand by her man, especially an army wife. But Fay didn't. She walked away – from Magnus, a traumatised war veteran and from the home that he was restoring: Tullibardine Tower, a ruined 16th-century castle on a Perthshire hillside. Now their daughter Emily is getting married. But she's marrying someone she shouldn't.
And so is Magnus… 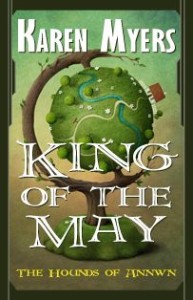 I'm delighted to let everyone know that the third book of The Hounds of Annwn has just been published.  You can find out more here.

George Talbot Traherne, the human huntsman for the Wild Hunt, had hoped to settle into a quiet life with his new family, but it was not to be. Gwyn ap Nudd, Prince of Annwn, has plans to secure his domain in the new world from the overbearing interference of his father Lludd, the King of Britain.

The security of George’s family is bound to that of his overlord, and he vows to help. But when he and his companions stand against Lludd and his allies at court, disaster overturns all their plans and even threatens the Hounds of Annwn themselves.

George and his patron, the antlered god Cernunnos, must survive a subtle attack that undermines them both. Other gods and gods-to-be have taken an interest, but the fae are divided in their allegiances and fear the threat of deadly new powers in their unchanging lives.

George and his companions must save themselves if they are to persuade their potential allies to help. But how can they do so, attacked on so many fronts at once? Will he put his family into greater jeopardy by trying to defend them? 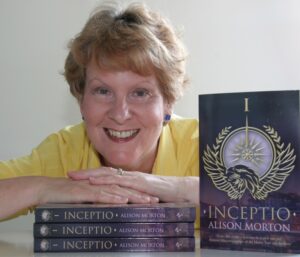 INCEPTIO started a blog tour yesterday and for the first week, I've reduced the Kindle version to a dollar/pound/euro.

What if a young girl was hunted by a psychotic government enforcer?
What if the only safety was half the world away?
And the enforcer followed her into a mysterious Roman world, still determined to terminate her?

Watch the book trailer at 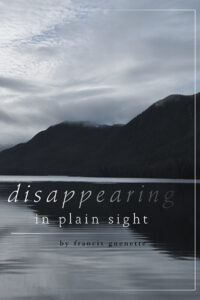 Disappearing in Plain Sight also made the semi-finalist cut in the literary fiction category in the Kindle Book Review’s 2013 Best Indie Book Awards.

I have read that the semi-finalists received 2 out of 3 “Yes” votes from the 3 screeners. All submissions were judged on the first several pages of the book. The most critical elements at this stage were: Did the book grab our attention right away, quality of writing, and formatting.

My novella, “The Book” is a semi-finalist in The Kindle Book Review’s 2013 Best Indie Book Award. Finalists are announced September 1; keep your fingers crossed for me! 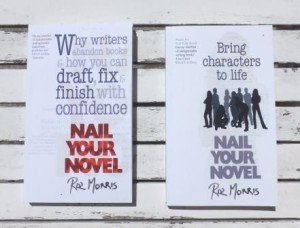 I've revamped my first self-published book, Nail Your Novel, with a new cover.

Now I have other books in the series, I decided it was time to give it a new look, to go with the funkier design of the follow-up Bring Characters to Life. I'm holding a giveaway on my blog for people who share the news… 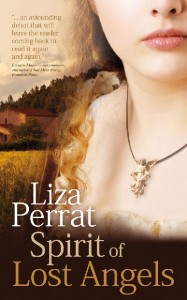 Triskele Books publication, Spirit of Lost Angels, by Liza Perrat, was recommended at the 2013 Historical Novel Society conference in “Historical Fiction Off the Beaten Path”.

Liza is also pleased to announce that Spirit of Lost Angels has reached the finals in two categories (Best Historical Fiction and Best Novel) of the E-Festival of Words Awards.

For anyone who has read and enjoyed the novel, Liza would really appreciate your vote. To vote, go to the site and go to the Awards Hall area: Just scroll down to find Spirit of Lost Angels in Best Historical Fiction and Best Novel categories, and votes are accepted in both categories. Thanks to all!
http://www.efestivalofwords.com/awards-hall-f29.html

The e-book version of Angels Mark is FREE on Kindle, Apple, Nook, Sony and Kobo to introduce readers to the Serena Wilcox series.

Serena Wilcox and her family have destroyed their old home and faked their deaths to go off the grid under new identities, after obtaining insider information about a threat to the United States. The threat results in a geographically divided America, with two governing presidents: John Williams and Japanese-American Ann Kinji. Conspiracy, greed and a lust for power are at the root of this plot-twisting thriller about corrupt American government; when the future of the nation depends on former private detective Serena Wilcox and her unlikely crew.