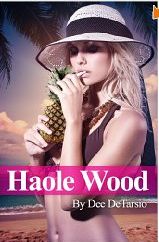 Compulsion Reads, a book evaluation and endorsement company, is celebrating its one-year anniversary this month. The company was started by authors Leslie Ramey and Jessica Bennett when they realized that no company was offering a quality standard for indie and self-published authors.

Compulsion Reads evaluates self-published and indie books based on a specific set of quality standards. Authors who pass the evaluation receive the Compulsion Reads Endorsement, which includes a cover seal, a book review and promotion through Compulsion Reads.

In its first year in business, Compulsion Reads has grown by leaps and bounds! We have endorsed over 90 books, promoted our authors at the Los Angeles Festival of Books, and met many wonderful, hardworking authors. We are also soon heading to the Central Coast Writer’s Conference where we will be hosting two workshops.

To celebrate our one-year anniversary we are hosting an LCD Kindle Fire giveaway through the month of July on our Facebook page, open to anyone. Drop by, say hi, and enter to win!

This has been a bumpy, thrilling and fantastic first year for Compulsion Reads, and we have big hopes for our next year in business!

If you write middle grade, young adult, or new adult fiction, OR adult fiction that would be appropriate for a 12-18 year old audience, Natalie Wright welcomes you as a guest on her blog on her Wednesday feature “Writer Wednesday”.

Appropriate posts for Writer Wednesday are guest posts (either about your work OR advice/tips for writers), book release posts, cover reveals, etc. If you are interested, please contact Natalie at [email protected] to discuss details and schedule a date.

Second is an announcement of a book sale:

Natalie Wright's second novel in her popular Akasha Chronicles series is on sale for the summer. Usually $2.99, Emily's Trial is on sale for 99 cents throughout the month of June. Here are links for Amazon UK and Amazon US and I appreciate any help spreading the word.

Saturday, June 29, will be a free on Kindle day for ‘Hot Times in Goa‘, which was recently released. This is the sex ‘n' drugs ‘n' rock ‘n' roll story of the middle-aged widow of a diplomat, who goes to Goa with the determined intention to behave as badly as she had in the 70s. Naturally, things don't go according to plan.

The Compulsion Reads evaluation system is built upon assessing and endorsing those indie novels that possess the foundational components of a good story, including well-developed characters, strong pacing, a well-researched world and a powerful overall voice.

“The Compulsion Reads endorsement is all about discovering and highlighting the best indie books on the market and the talented authors behind them,” said Leslie Ramey, co-owner of Compulsion Reads. “When a reader sees the CR seal on a book’s cover, they know that they’re in for a good read. Becoming Human meets this standard, and Eliza Green is definitely an author to keep an eye on.”

I've just recently joined ALLi, and wanted to share some news. My first full-length publication, a noir-romance entitled The Paris Game, was released on June 17th.

My new book “The Damned Generation” is available as a paperback on Amazon Books and as an eBook with Kindle Bookstore.

I'd like to hear from other short story writers as we may be of mutual benefit. All help from other Indie scribes very much appreciated.

My women's fiction novel, Haole Wood, won a 2013 San Diego Book Award in Romance this weekend! If you get a chance to share, that would be awesome!