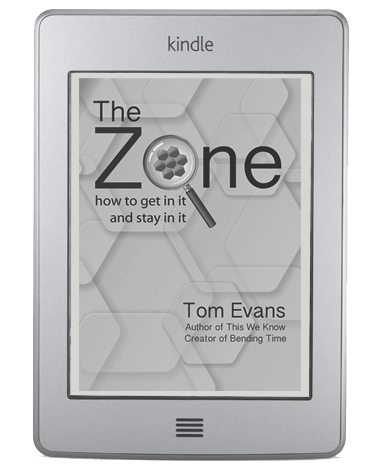 What if it were illegal to wear clothes?
What if it were the law to wear a temperature-controlled body suit made of fetus membrane … every day?
What if you were a singer, and it was illegal to sing?
What if you sang anyway, and got detained by a LEO, and punished by having your vocal chords violently slashed, and eardrums perforated?
What if multiple offenders were killed for their skin?
Would you commit suicide? Drown yourself in the river?
Concetta would.
But something stops her in her tracks …
ONLY 99c! PURCHASE HERE: Amazon US | Amazon UK

Announcing the launch of Knife Edge: An Anthology of crime, thriller, mystery and suspense stories

This global collection of short stories from 500 to 4000 words covers everything from cosy mystery to urban noir, gumshoe and classic crime.

My short story THE LONG PIG is currently featuring in the US Huffington Post's Featured Fifty Fiction slot.

Kevin Booth, writing as K. Eastkott, releases Through the Whirlpool, Book I in “The Jewel Fish Chronicles, published by Poble Sec Books, now available on Amazon.

Drawn together through the whirlpool passage—a link between separate universes—Kreh-ursh, a magical seafarer, and Jade, a keen surfer, must prove themselves in a passionate struggle to save their worlds from environmental destruction.

Through the Whirlpool, first book in “The Jewel Fish Chronicles”, introduces Jade, Kreh-ursh and an exciting cast of characters who must venture beyond their own worlds and forge a new fellowship to combat the impending evil that threatens both their worlds.

For more information, go to Poble Sec Books or purchase Through the Whirlpool directly on Amazon.

The Internet can be wonderful and terrible. This book, “Internet Hell,” is entertaining and scary.

Early on a Saturday morning in the summer of 2010, I received an alarming call from an old friend. The friend said that she had received a Facebook message saying that I was a convicted child rapist, published child pornography, burned my wife, was in prison for four years, drove drunk, used the Internet to find children to have sex with, was part of an international pedophile ring, was a threat to my neighbors and had even RAPED MY DOG.

As shocking as these false accusations were, things rapidly got worse.

The book includes a fictionalized back story about the likely attacker, the truthful story of the attacks (with color screen shots), the aftermath, recommendations for those who are similarly attacked, and an appropriate joke.

This is a Kindle ebook, but you don't need a Kindle to read it. I hope you enjoy it and learn from it. Reviews will, of course, be appreciated. Thanks — and be careful.

“Despite the Angels” can be found on  Amazon.co.uk or Amazon.com or in paperback at Createspace

It has been put, by Amazon, in a category ‘paranormal/fantasy/futuristic/ghosts, which is NOT what it is. It is a romance set mainly in late 20th century Dublin with historical sections because of re-incarnation. there are also ‘spirit guides', invisible to the humans, trying to help.

My book Cover of Darkness, is finally available to the public at Amazon on kindle and in hardcover, Barnes and Noble on the Nook and Kobo. The first volume of the series, Cover of Darkness chronicles the exploits of three people investigating a murder that leads to the glitzy and dangerous nightlife of Manhattan.

More details can be found on the book's webpage .

I will be going on a month long blog tour for the book in July.

I live in South East Ireland. I've recently completed a book of short stories titled, “The Damned Generation.” It is available as a paperback but I also decided, as an eBook,  to avail of Kindle Direct Publishing Select.

I'd be delighted if some of my fellow scribes in ALLI decided to click in to Kindle Books and give it a look. The book consists of fifteen short stories and I sincerely hope none of them could be classified as boring. Any feedback would be very welcome.

The future. It's all about friendship, love … and dangerous video games.

From Friday 7 June to Tuesday 11 June, Steven O'Connor's EleMental will be free to download for the LAST TIME. Come Friday (US time) you can grab your copy here …

My book, Bone Weary, went live in May. It's an adult cozy mystery heavy on the humor. In addition to the book going live I found out that I'm the featured author for June in the Kansas Writer's Association.

I'll be in Kansas for book signing next week so being the featured author in the KWA is a big honor for me and timed perfectly.

Bone Weary is available at: Createspace (I've created a summer discount coupon so this book can be bought at $10.00. the coupon code is: 59KX6DUK and good until Sept. 1st. Amazon, B&N, and Smashwords. 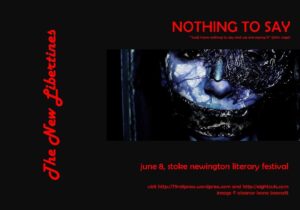 On June 8th, Dan Holloway's spoken word show The New Libertines will be at Stoke Newington Literary Festival for the third year in a row. The show brings together many of the UK's finest spoken word performers and has sold out for each of the past two years, so do book tickets here.

Immediately prior to the show, at 2.30, Dan will be chairing Pushing Envelopes and Breaking Boxes at Ti Pi Tin Bookshop which specialises in self-published books. The free event, which also features ALLi members Roz Morris and Rohan Quine, will look at unique, and especially interdisciplinary, ways in which writers can self-publish. Full details.

Fiona Joseph, author of ‘BEATRICE The Cadbury heiress Who Gave Away Her Fortune‘, will be guest speaker at the Solihull Chamber of Commerce's ENTERPRISING WOMEN lunch on Friday 7 June at Ardencote Manor.

Business owners will have the chance to hear about the remarkable journey of the chocolate manufacturer's daughter, as well as Fiona's own determination to bring Beatrice Cadbury's hidden life story to a wider audience.

Linda Gillard will be appearing at the inaugural Felixstowe Book Festival, 15th-16th June2013.

She'll be giving a how-to talk about indie publishing, REACHING YOUR READERS and she'll be discussing how to create A SENSE OF PLACE with fellow novelist Rosy Thornton. 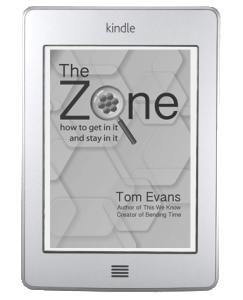 Tom Evans has just released his latest book in Kindle format and would like to share complimentary copies with ALLi members in exchange for reviews and feedback.

It's called The Zone and it explores how we get in and stay in that wonderful place where creativity and productivity flows.

To find out more about the book, go to Amazon.co.uk w

For a copy in .mobi or .epub, email Tom at [email protected] – note that the print version will be available by the end of June. 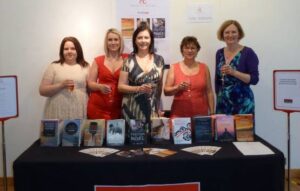 Complicit, by Gillian Hamer; Tread Softly, by JJ Marsh; Tristan and Iseult, by Jane Dixon-Smith; and Gift of the Raven, by Catriona Troth.

And Words with JAM magazine launched An Earthless Melting Pot, the anthology of the winning stories from the Big Short Story Competition.

Several ALLi members attended the event, along with readers and writers from all over the country, to help us celebrate with pink fizz and nibbles.

My new book was out on Tuesday, June 4th–I'm an indie author (part of Alli!)–it is my sixth novel, All My Restless Life to Live!

A Soap Opera writer unravels a mystery from her dead dad’s computer in a divinely funny journey . . .

The book is available on Amazon.com

All these three novellas  in the Detective Ladies of Baker Street series are now out on Kindle and Kobo.

I intend to have an omnibus printed soon. I have just sent these details to all the UK Sherlock Holmes societies and am following with the rest of the world. I have a promo on my website for the first book but I am updating it to cover all three.

This will replace the current one plus it will go out on YouTube.