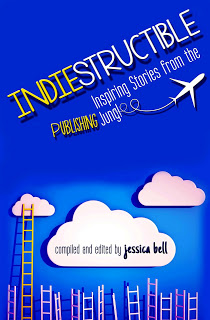 It's an anthology I'm compiling and editing called, INDIESTRUCTIBLE: INSPIRING STORIES FROM THE PUBLISHING JUNGLE, which will launch September 16, 2013. It will be sold as an eBook for 99c for the first six months. During that time I will donate 100% of the profits to BuildOn, an amazing charity that aims to break the cycle of poverty, illiteracy, and low expectations through service and education.

This book will bring you the experiences of 29 indie authors—their passions, their insights, their successes—to help other authors make the leap into indie publishing. This is not a how-to guide. This is the best of the indie tradition of experienced authors paying forward what they’ve learned, giving you information to help you on your journey. The personal essays in this book will leave you itching to get your work into the hands of readers and experience, first-hand, all the rewards indie publishing has to offer.

I've already set up a sign-up form for those interested in helping spread the word. Any amount of help big or small would be greatly appreciated. It will be up to you, when the times comes, as to how much you do. I will provide a list of things you can do, plus promo material. You can then choose what to do with it. You might choose to simply copy/paste a pre-written tweet, or to copy/paste a full-fledged blog post from a prepared HTML doc. It will all be made very easy for you. I will not expect you to write anything from scratch.

AND ADD IT TO GOODREADS 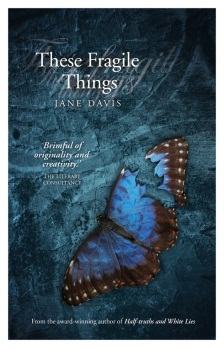 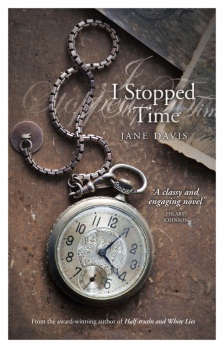 The author of three novels, Jane Davis won the Daily Mail First Novel Award with her debut, ‘Half-Truths and White Lies’, described by Joanne Harris as ‘A story of secrets, lies, grief and, ultimately, redemption, charmingly handled by this very promising new writer.’

She is now delighted to announce that her engaging new novels are available as paperbacks.

The first, ‘I Stopped Time’, takes inspiration from the life of model-turned-photographer and photo-journalist Lee Miller, wrapped up in a compelling work of fiction.

“Truly a writer's writer, Davis has taken an entire century – a feat in itself worthy of Ken Follett or Gabriel Garcia Marquez – and covered it with the richness of her characterisation, presenting a family that is beautifully flawed, brimming with affection, and inimitably human. (James Metcalf)

“I loved the way Lottie's life unfolded through pictures, a clever (and brave) device which worked fantastically well.” (C Bannister)

This theme of interwoven fiction and reality continues to play out in Davis’ second new novel, ‘These Fragile Things’.

“This is a fast-moving, thought-provoking and exquisitely written story about a teenage girl who makes a miraculous recovery from a horrific accident.” (Polyanna)

“Jane Davis really does bring characters to life, mothers, fathers, friends, teachers are all perfectly described along with their actions and reactions to events. Ultimately relationships, albeit in extraordinary circumstances, are central to this book.” (C Bannister)To request your preview copies or to arrange an interview, contact Jane Davis 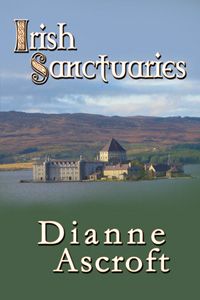 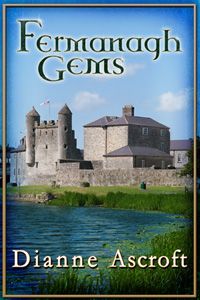 Dianne Ascroft is gearing up for the G8 meetings in County Fermanagh next month. The event will focus the world’s attention on a usually quiet corner of the world and will likely spark at least a brief interest in the county – that has to be a marketing opportunity for a writer living there.

So she has collected half a dozen articles related to County Fermanagh that she wrote for Ireland’s Own magazine and rolled them into an Amazon ebook.

Released in April, Fermanagh Gems is a collection of 6 articles about places, institutions and people in the county at significant moments in their existence: Marble Arch Caves on the twenty-fifth anniversary of the opening of its show cave, Belleek Pottery on its 150th anniversary, the Graan monastery during its centenary year, Headhunters Railway Museum at the end of its first decade and Frankie McPhillips, an Enniskillen craftsman who has carried on the Irish fly-tying tradition for the past thirty-five years.

Inspired by her initial idea she also had a root around in her files to look for other articles she has written that could be related to each other. The result was Irish Sanctuaries, a collection of articles with a spiritual leaning which was released as an Amazon ebook at the end of April.

These three pieces offer readers a glimpse inside the world and ministries of a place of pilgrimage and two monasteries in the province of Ulster: St Patrick’s Purgatory, Lough Derg, Co Donegal; the Graan Monstery, Co Fermanagh and Holy Cross Monastery, Rostrevor, Co Down.

Since she hasn’t found any other articles in her files that obviously tie together she may have to write some new stuff soon but probably not until after the G8 furor is over.