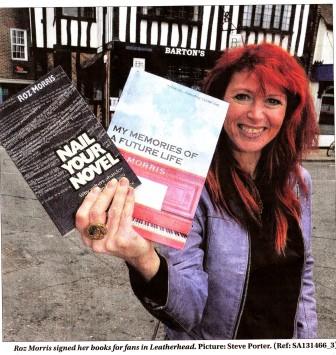 Janis F. Kearney, Publisher of Arkansas-based Writing our World Publishing, LLC announces the March 2013 launch of Daisy: Between a Rock and a Hard Place; a biographical memoir chronicling the amazing life and contributions of Daisy Lee Gatson Bates.

Born an orphan in the Arkansas mill town of Huttig; Bates would evolve into one of the most-recognized civil rights leaders in America. Bates and her husband L.C. Bates, founded the award-winning Arkansas State Press Newspaper in 1941, a decade before Daisy Lee Bates was selected as the first woman to head a state NAACP office – and 15 years before she became the face and voice of the 1957 Central High School Integration Crisis. 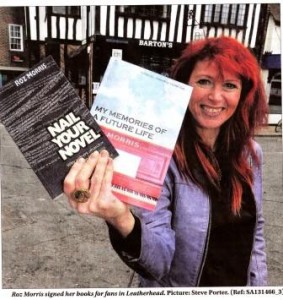 Surrey Advertiser's picture of me at my book signing in Leatherhead, Surrey. I was busy all day, signing (and selling!) piles of Nail Your Novel and My Memories of a Future Life, and advising locals who had questions about writing and publishing. We also ate a lot of Oreo cookies… 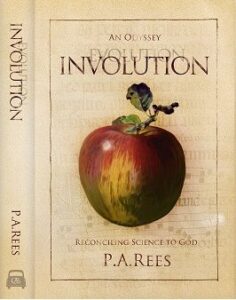 Philippa Rees, (the author of Involution-An Odyssey Reconciling Science and God,) has been asked, to speak at the Oxford Literary Festival at Christchurch College next Sunday at 4pm. She will share a platform with Jason Beacon ( Guerilla Books /) to discuss Self Publishing, its rewards and problems.

The session will be chaired by Angus Phillips the Director of the Oxford International Centre for Publishing Studies at Oxford Brookes. It seems self-publishing has penetrated the very bastions of publishing tradition as a subject for debate.

Forty years ago Philippa offered Involution in another form to Cambridge University Press who had commissioned an expanded book but ultimately rejected it as being too ‘general' for science and ‘too scientific' for the general. This new work is offered to the ‘general public' with no science taken for granted at all!

Both Philippa and Jason have recently set up publishing companies to bring to print works that would not persuade a traditional publisher, not because they do not have literary merit, (the reviews make clear they have been enthusiastically praised) but because the markets are not considered sufficiently  defined or easily reached. They both met at a York Writers Workshop three years ago.

Although Philippa's book is still to be officially launched it has already been accepted as stock in several specialist bookshops, and one paid cash and no suggestion of ‘returns'!

Jason has published new writing in beautiful limited edition books. Both are finding the ways to market blocked by the monopolies of Distributors who have not yet adapted to the new demands of independence and bookshops deal only with established and streamlined distribution. No doubt this will come up in discussion.