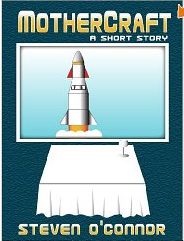 Have questions about self-publishing? Book Marketing? Join Toni and Shannon (from Duolit: The Self-Publishing Team) on Thursday evening  for an  Online Creative Clinic on Shindig. This event will be available on Thu 3/14 from 8:00pm – 9:00pm EDT. This hour-long clinic is open to ALLi members only.

Fiona Joseph is appearing at Oswestry LitFest on 13 March 2013 in a sell-out talk about the subject of her acclaimed biography, ‘Beatrice – The Cadbury Heiress Who Gave Away Her Fortune‘ (£12.99 paperback, £7.20 kindle, £7.00 kobo).

Festival partner and sponsor, Jools Payne of The Jools Payne Partnership, has hailed Fiona's book as “an uplifting antidote to corporate greed and tax avoidance issues. It should be required reading for all CEOs!”

To see Fiona Joseph's other speaking events in 2013 and 2014 visit: http://fionajoseph.com/events/

Steven O’Connor has released his second young adult near-future thriller: MonuMental – his follow up to EleMental.

Someone deadly is trapped in an obsolete corner of virtual space – and he wants out.

MonuMental was originally slated to be published though Pier 9/Murdoch Books. Murdoch Books have since become an imprint of A&U and dropped their young adult list. Steven O’Connor has instead personally steered his manuscript through all of the professional publishing steps, becoming a proud indie writer in the process! 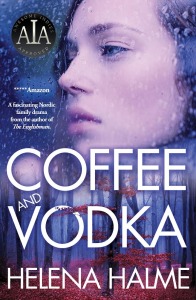 My second novel, Coffee and Vodka came out on Kindle this week.

It's a story of displacement and of coming to terms with your past.

‘In Stockholm everything is bigger and better'. 11-year-old Eeva is excited when Pappa decides her family will emigrate to Sweden from Finland. But adjusting to a new language and culture is not as easy as Pappa thought.

Thirty years later, when Eeva returns to her home town of Tampere to see her dying grandmother, she relives the dramatic events of her childhood.
This book started life nearly ten years ago when I took a MA in Creative Writing at Bath Spa University, and has changed shape and even title during that time. I began writing the novel when I was asked to do a reading of my work during the MA. I didn't have anything that I considered good enough, so my tutor advised me to write a new story ‘from the heart'. The result was ‘The Sofa', a scene from what later became Coffee and Vodka.

I’m Taylor Fulks, a relative new comer and new member of ALLI. I joined the group back in November 2012, actually the day I pushed publish for my debut novel. I didn’t take the time to truly peruse the site and all of its features and offers being obviously anxious and overwhelmed with my pending book launch. Have a look at  : My Prison Without Bars: The Journey of a Damaged Woman to Someplace Normal 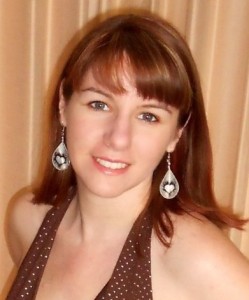 Raising Hope is due to be out March 22.

Trey and Rosette Sinclair were once in love. Now they both feel hurt and unwanted. Their marriage is on its last legs when their family is faced with two deaths and an orphan. They’re already raising two young children and Trey’s teenage brother, Alex.

Trey and Rosette make a shaky agreement: to play “family” for now so they can take care of Trey’s recently orphaned niece. But can faking it ever be enough?

It’s make-it or break-it time. If they split apart, who will raise Hope?

Ann Cleeves' Shetland crime series is getting a lot of attention at the moment and the TV series starts soon. Here's a new review of Cleeves' RAVEN BLACK in which the blogger says: “It was interesting to read this soon after reading Linda Gillard's EMOTIONAL GEOLOGY. Initially I was disappointed that RAVEN BLACK didn't share that book's sense of place, that it wasn't as evocative of the isolated rural communities of the Scottish islands.”

This is the UK link to EMOTIONAL GEOLOGY, set on the Hebridean island of North Uist.

HOUSE OF SILENCE Now available in paperback. Selected for Amazon UK's Top Ten Best of 2011 in the Indy Author category.

Max W. Miller picked up a pen when she was in a personal crisis; her son had gone to prison. She realized she had to re-invent herself in a positive way in order to survive. The result of her private battle has been the creation of four page turning stories.

Max is a writer of Speculative Fiction.

Earth’s survival lies in the hands of the Dylanians. When her mother died unexpectedly, Sadie Mae Stevens was only five. As the years moved on, Sadie and her father drifted apart. Henry Stevens Sr. had grown tired of the strange noises and rumbling that happened in Sadie’s room on some nights. Finally, when Sadie is fourteen, her father sends her away to Daufuskie Island, South Carolina.

Can Sadie defeat the Gordite Witch all by herself? And if she does, will she accept the legacy her mother has left her, a legacy of danger and embarking on a never ending battle between realms? The Legacy of Sadie Mae Steven is a spell binding series beginning with one parent’s betrayal and another’s undying love. In the process of these polarizing events, a child is left a legacy no mother would want to leave …
IBD awarded The Legacy of Sadie Mae Steven “Books of the Day.” 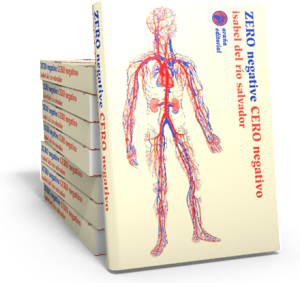 Published by Araña Editorial, this dark take on life lived on the edge includes sixteen short stories written in both English and Spanish. An indictment against bloodshed in its many forms…

Although the English and Spanish versions are a reflection of each other and share a common origin, each one ultimately tells a different tale. Linguistic and stylistic demands take precedence over all other considerations, giving each narrative its own identity.

The book can be enjoyed independently across borders by readers of either English or Spanish, and provides an invaluable resource for bilingual readers and those aiming for proficiency in these two languages.

It's available on every type of eReader known the man.

Here's the link for Amazon UK

This year's four events comprise readings in poetry and prose to celebrate Scott's doomed Antarctic mission; a night of dark folk tales and music from performance poet Kate Walton; Oxford-Manchester Alt Lit and contemporary poetry collaboration Sadcore Dadwave which will include internet and avant garde poetry streamed to and from both sides of the Atlantic; and Dark Lands and Cigarettes, an incredibly rare reading by Adelle Stripe, one of the founders of Brutalism, the first internet-based literary movement, whose collection Dark Corners of the Land was awarded the title 2012 poetry book of the year by the underground literary bible 3:am. For full details of the festival.

‘Truders  will be free in Kindle format Wednesday and Thursday.

“…a born-to-be-a-TV-series story about a 13-year-old blind and deaf boy who can hear evil spirits, and a police officer who gets dragged back from Texas to his Maine roots by a force stronger than life.” – Chicago Tribune