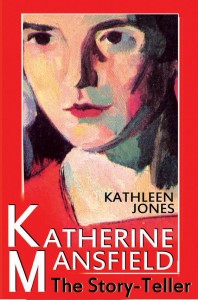 Kathleen Jones’ biography of Katherine Mansfield has just been released under her own imprint, The Book Mill, as an e-book and is available for the first time in the USA as well as in Europe and Australasia.

‘The Story-teller' is the compelling, intimate, and often controversial, story of Katherine Mansfield – one of the world's most iconic writers – the only writer Virginia Woolf confessed to being afraid of. This is the first biography for more than a quarter of a century and Kathleen Jones has been the beneficiary of a mass of previously unavailable material relating to Mansfield and her husband John Middleton Murry.

Weaving together intimate details from Katherine Mansfield's letters and journals with the writings of her friends and acquaintances, Jones vividly evokes the tragic, but courageous, drama of this fragile yet feisty author: her life, loves and her passion for writing. The biography takes us beyond Mansfield's death in 1923 to explore the life of her husband, John Middleton Murry – and his relationship with three further wives – as he manipulated the posthumous publication of Mansfield's unpublished work. In this vivid portrayal of one of the world's foremost short story writers, Kathleen Jones crafts an intriguing narrative of Katherine Mansfield's relationships, health issues and creativity.

‘A compelling narrative of a writer's passion for her work, her growth to maturity and the extraordinary trajectory which took a plump, awkward, rebellious little girl from a rigidly conventional family halfway across the world and into a culture of artistic, social and sexual experimentation.’ -Helen Dunmore, novelist

‘A marvelous, innovative biography – Kathleen Jones conveys the living presence of Katherine Mansfield in the present tense, so that one feels . . . her continued presence. She conveys the full complexity of Mansfield's character with understanding and without bias . . . What Middleton Murry made of her has a parallel fascination; the contrasts of the living reality and the purified legend, an ephemeral construct appropriately narrated in the past tense, were striking.’-Lyndall Gordon, biographer

I released my debut novel in December, “The Sock Wars” (a humorous look at life, death, renovations, and cohabiting with a sock thief) which has made it to the Kobo Writing Life (self-pubbed) bestseller list. 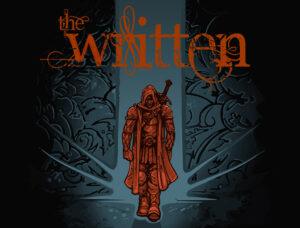 Author Ben Galley launches a Kickstarter project to turn his bestselling fantasy novel “The Written” into a graphic novel!

This weekend, from the 11th of January, Ben Galley will be launching a Kickstarter project in the hope of raising £5000, in order to help him turn the first book in his epic fantasy series into a fully-fledged graphic novel. Money raised will go towards the graphic novel's design, publishing, global release, initial print run, distribution, and also rewarding those kind people who have pledged towards the project. It will also go towards building an enhanced eBook app that will transform the experience of reading the graphic novel completely.

The artwork for the graphic novel and the app construction will be done by artist Mike Shipley, renowned landscape painter, graphic artist, and also winner of the Churchill Award.

The rewards for pledging to the project are extensive and enticing, ranging from exclusive prints and postcards featuring original artwork by artist Mike, free signed copies of the novel and the original Emaneska Series books, to novelty items like keyring bottle-openers in the shape of Emaneska's favourite mage, Farden. Not only that, but everybody who pledges will see their name in the dedication of the graphic novel, and on www.bengalley.com. That's quite a reward, considering the level of distribution this novel will surely achieve!

Ben and Mike are also offering the reward of actually being featured in the novel. The reward allows you to send a picture of yourself in, and have your likeness rendered into artwork. It will then be placed in the novel itself, as a minor or background character. It's a reward that allows those pledging to rub shoulders with the main characters of “The Written” and the Emaneska Series, and be a very integral part of the project indeed. There are only 50 spaces available, so it's first come, first served!

Any and all help towards reaching the £5000 goal of the project is more than appreciated. If you would like to get involved, you can do any or all of the following:

If you want to know more, you can find the project on Kickstarter under “Emaneska – The First Graphic Novel.” As always you can find Ben at www.bengalley.com. You can also follow the news and updates on Twitter (@BenGalley) and Facebook (/BenGalleyAuthor). 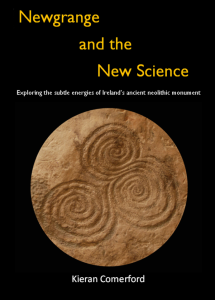 My book Newgrange and the New Science is a non-fiction work telling the story of my eight year research project to find out why people 5,000 years ago heaped up 200,000 tons of stones on a hill in County Meath, Ireland. Newgrange is well known because the rising sun shines into its inner chamber on the day of the winter solstice, but I wondered what it was used for on the other 364 days of the year. I discovered that Newgrange was a place of healing, using form of energy that is only now being understood by scientists.

The book has a story which makes it appeal to all readers, but it also has a scientific and a spiritual dimension. I have found it difficult to get scientists to read it, as anything that goes beyond the five senses is dismissed as “pseudoscience”. I have got some good reviews but not in mainstream publications. I am now glad to announce that my book will be reviewed in NEXUS Magazine a bi-monthly alternative news publication with a huge on-line circulation and a print version which sells in newsagents across the world. This will appear in the February-March edition and I have been able to advertise as well.

My book is available by Print-on-Demand through my website .

I have had five books published, two by established publishers and three self-published. I have not seen any contributions from authors of non-fiction on ALLi and would welcome the opportunity to discuss the problems faced by such authors.

Sign up here to receive Mary Maddox’s newsletter. The names of all those who sign up will be entered in a drawing for a $30.00 gift certificate from Amazon.com. The winner will be selected by Random Picker and announced January 25 on Mary’s blog, Ancient Children.

Note: You must sign up by 6 a.m. CDT on January 20. 2013 to have your name entered in the drawing. If the winner cannot be notified or does not respond to the notification within 48 hours, another winner will be selected from among those who signed up. 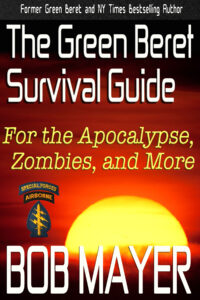 Part of the proceeds will go to Special Operations Warrior Foundation. SOWF provides scholorships grants, education and family counseling to the surviving children of special operations personnel who have died.

This book lays out the mindset needed to survive from mild, to moderate, to extreme emergencies in a logical flow that moves from preparation you must do now through action in the actual emergency.

Covered are the five key elements of survival; the Special Forces Area Study; how to build you survival A-Team; equipment needed; proper preparation and actions in your home and your car; then covering a range of emergencies from car accidents to burglary to hurricanes, power outages, vampires, wild fires, plane crashes, alien abduction, terrorism and more. Yes, there is humor in the book, because humor is a key element of survival. Finally, the book concludes with extreme emergencies, where civilization might collapse, whether for a short or extended period of time. And yes, that's when we get to zombies (communicable diseases).

This is a book that can save your life and the life of those you love.

Actually, he’s not quite sure what they do.

Born from the Area 51 initiative, the Nightstalkers defy sanity and decorum and include among their ranks Moms, a Black Ops trainee too extreme for Special Forces; Doc, a scientific crackpot; Roland, the weapons enthusiast; and Mac, a contemporary MacGyver. All of them take their orders from the elusive Ms. Jones, who everyone claims is just a hologram.

Just as Carter is settling in, a rogue scientist triggers a fresh invasion of Fireflies that swarm a swanky gated community. Now it’s up to Carter and his new teammates to neutralize the threat while figuring out who’s behind the breach. 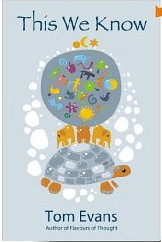 This We Know is a book about knowing and what it means to know.

This We Know is also proof that a book does not have to be a big book to be a BIG BOOK. Tom wrote and published it in print and for Kindle just two weeks which is proof too that writing a book does not have to take a long time either.  It's been written to be read in one sitting or on a single commute. Its message may stay with you a while longer.

This book is a purposely short exploration into what we know, what we don't know and how to open up the floodgates to acquiring even more knowledge.

We know, for a fact, that we know more things than our predecessors. By inference, our descendants will know more than us yet again. In a hundred years time, they may even smile lovingly at our innocence and naivety.

Knowing there is an infinity of things yet to know is one of the key tenets of our knowledge. Without throwing the baby out with the bathwater, humanity can evolve from its current state into a very Bright Future indeed.  [195 words]

What readers are saying:

“A small book with a huge impact – it made the hairs stand up on the back of my neck. Take 30 minutes out of your life to stop and read this book.”

“A fascinating little book which takes readers on a wonderful journey. Each chapter is short and to the point.”

“What I love about this book is that it doesn't take long to read, but it churns your brain into gear. Highly recommend it for anyone who knows that they don't know it all.”

“”This We Know”, is in a category of its own. I am astounded by the sheer vastness of the world as we know it and Tom's ability to expand my thinking”

This We Know links for Kindle and Print