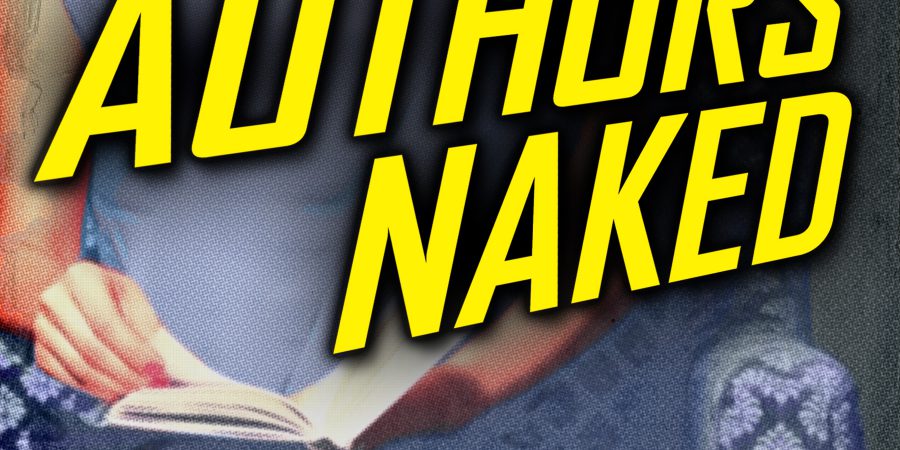 As a fervent blogger with a passion for repurposing blog content, I’m always on the lookout for blogs that have been transformed into coherent stand-alone self-published books. When I discovered “Indie Authors Naked”, a riveting set of interviews with successful indie authors I was keen to interview the author, Loren Kleinman. The book’s launch next week at Book Expo America (BEA)  will include a reading by ALLi founder and director Orna Ross, one of the indie authors profiled. (ALLi’s Dan Holloway is also featured in the book.) 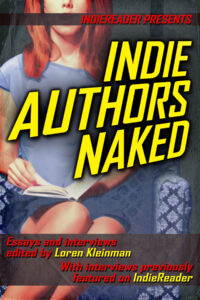 Debbie Young: I understand that the book started life as a series of articles on the IndieReader website and that you evolved it into a book. How much of the material was written especially for the book?

Loren Kleinman: While we included previously published interviews there are many interviews that are new in the collection such as Ted Heller (the son of Joseph Heller, Catch 22;Christoph Paul; Joe Wade, etc.) All of the introductory essays were new, the foreword and the introduction.  Indie Authors Naked gives readers a look at the many aspects of the indie community, where publishing professionals of all types come together with the simple goal of creating something unique; something that speaks directly to the reader, no middleman necessary. Other new contributors included James Franco, Hugh Howey, Sarah Gerard and Orna Ross.

Debbie Young: Why did you choose that provocative title? (especially provocative when some of the authors profiled write erotica!)

Loren Kleinman: Naked represents the overall theme of the book. Interviews have a tendency to strip down an interviewee. I don’t mean this in a negative way. Being a good journalist means asking the questions that get to the core of the person or topic. Sometimes you get lots of puzzle pieces and you have to figure out how they go together. I think that each of the authors allow me to undress them so to speak. They shared they’re goals, backgrounds, dreams and about the grueling parts of being an indie writer. If I can’t get them to be naked then I just didn’t do my job.

Debbie Young: It’s commonly said that people read differently according to whether they’re reading on a website or in a book (e or print) – e.g. on screen they prefer shorter paragraphs and sentences, more bullet points, more graphics, more illustrations. How difficult was it to adapt what had been online into book format – did you have to change much, and why did you change what you did? How much time did it take to write the book? 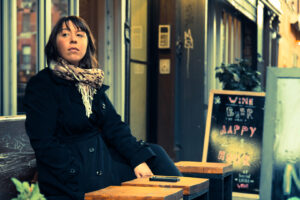 Loren Kleinman: The book was fairly easy to structure. The Q&A format is a quick read and also allows the reader to jump around easily. The point is they can read this book from any direction and go back to the ones they’d like to learn more about. I also wanted the book to have introductory essays by other writers that new the interviewee well. I think these essays added another perspective, especially since many of the intro essays are written by traditionally published authors. In a way, the book unites both self-published and traditionally published authors in one space. That’s an original concept. That’s indie.

Debbie Young: Assuming that most of the content is freely available indefinitely online, why did you decide to turn it into a book? e.g. to reach new readers, to raise IndieReader’s profile, to monetise a free blog, in response to requests from your existing readers? Any other reasons?

Loren Kleinman: I wasn’t thinking about the money. I was thinking that there NEEDS to be a book about the indie book community that gives an authentic take on where it is and where it’s going. I couldn’t find anything about that. I’ve been considering working on a book that explores the emergence of the indie book community. I think it’s important to document this movement, otherwise who else will. I don’t want the last record of indie books to be on Facebook. No offence to Facebook.

Debbie Young: We’ve had a few of our members solicit material from other authors with the intention of turning the responses into a book, with mixed responses. Some people’s reaction was “What, you want me to write your book for you?” and others were “Thank you so much for asking – I’d love some free publicity!” How did your interviewees react? (I assume you didn’t decide to compile them into a book until after the original interviews had appeared on the blog.)

Loren Kleinman: My interviewees were on board, but I explained the goal of the book to them first and why they should consider being involved. It’s all about pitching in an authentic way. I was interested in publishing this book just to publish a book. I wanted the book to be an archive of what’s taking place in the indie book world. In a way, the interviewees were involved in something original. There’s no other book like this one. It doesn’t attempt to define all of the indie book community, but it gives a fresh take at the writers that are making it big as well as the writers that are emerging in the scene.

Debbie Young: What advice would you give to others who are considering turning blog posts into a book? Is there anything you’d do differently if you were doing it all again?

Loren Kleinman: Get organized. It was a long process that involved an incredible amount of project management, fact checking, and herding writers so to speak. I kept spread sheets, solicited the essays from interviewees by sending crafted emails.

My suggestion is to first think about your vision and what the common thread is in all of your posts. You don’t want to book to end up as a mish-mash of posts that just happen to make up a book because the page length is more than 50. You have to consider who your audience is, what your budget is, how you plan on marketing the book, etc. The list goes on. But I can say this: you need to have an infrastructure. If you don’t consider what the book’s goal is, the theme, the purpose and how you plan on publishing/marketing it then I’d say stick with the posts. But be aware that you might need to rewrite some posts to fit for the book. So it’s more than just collecting and dumping posts in a book, it’s really writing a book, which takes time. Indie Authors Naked took way more than a year to complete. It’s all a process.

Debbie Young: Is the book going to be available as a print book too?

Loren Kleinman: Indie Authors Naked is available in print through McNally Jackson Books. We decided to the publish the paperback with an indie bookstore.

Debbie Young: I know you’re a poet. Do you feel publishing a non-fiction book like this is helpful to raising your profile as a poet or is it a hindrance? Again, we’ve had mixed feedback from our membership – plenty have penned non-fiction books, particularly about aspects of self-publishing, alongside their fiction and poetry, but others see it as inappropriate.

Loren Kleinman: It’s vital to remain diverse. I don’t think writers should stick to writing in one genre ever.

If you’re a poet, write fiction too. If you’re a fiction writer, write non-fiction too. Readers want something different; they want to see that you’re not a one-trick-pony.

I’m always attracted to authors that push their own boundaries. It’s inspiring and it also shows their dedication and discipline to writing as a whole. I think the more places you can put yourself like interviewing, publishing poetry, etc. is incredibly beneficial. I’m also not sure why anyone would see this as “inappropriate.” There are plenty of poets that are renowned literary critics like Anis Shivani and William Logan.

Personally, I think that if you get yourself stuck in one genre and one topic then you’re going to fizzle out. Embrace change and don’t be afraid to be push some boundaries, especially your own.

Debbie Young: This is a great format which could be repeated ad infinitum with other indie authors – do you have any plans for further books of this sort, or is this a one-off?

Loren Kleinman: Right now, I’m working on an interview series via The Huffington Post and hoping to repeat that same format down the road with the interviews there. There is also a chance I’m working on a collection of essays with IndieReader as well (at some point) that explore the historical aspect of indie writers. But nothing is confirmed.

Debbie Young: What has been the reaction of the subjects of the interviews to its publication? What other feedback have you had to date?

Loren Kleinman: So far, we’ve (Amy Edelman, founder of IndieReader and I) have gotten some excellent feedback. I think we represented a diverse range of writers from indie to trad. This is the first book of its kind where the interviews purely look at craft and the writing process. I did NOT want this book to become a forum for promotion or another indie book on how to become a bestselling indie author. The book was meant to take on the role of exploring the indie book scene. My goal was to stay away from turning this book into a sales pitch. I didn’t want that. I also think that you can’t promise success.

The truth is you either work hard or you don’t.

The authors in this book prove they work hard every day from writing, revising, editing, marketing, networking, etc. And that’s been the response about the book: that it’s been an authentic read. Authenticity is the most important to me. 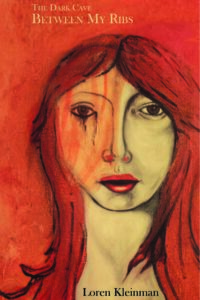 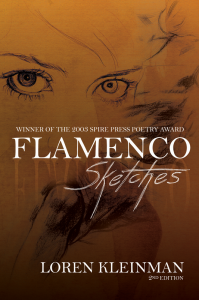 Loren Kleinman’s poetry has appeared in journals such as Drunken Boat, Nimrod, Wilderness House Literary Review, Paterson Literary Review, Narrative Northeast and New Jersey Poets. Her interviews appeared in IndieReader, USA Today and The Huffington Post. She is the author of Flamenco Sketches and Indie Authors Naked, which was an Amazon Top 100 bestseller in Journalism in the UK and USA. Her second poetry collection The Dark Cave Between My Ribs released March 2014 (Winter Goose Publishing). Kleinman is currently working on a literary romance novel, This Way to Forever and her third collection of poetry Breakable Things. She runs an author interview series on The Huffington Post Books community blogs vertical. For more information about Loren Kleinman, visit her website: www.lorenkleinman.com

Orna Ross and Hugh Howey are featured readers at the launch of Indie Authors Naked at Entwine Wine Bar in the west village, Manhattan, on Tuesday next. Come along, if you can, and meet fellow/sister ALLi members, other self-publishing luminaries and hear Orna and Hugh read. /Entwine, 765 Washington Street New York, NY 10014 Tues 27th May at 7pm EST/.