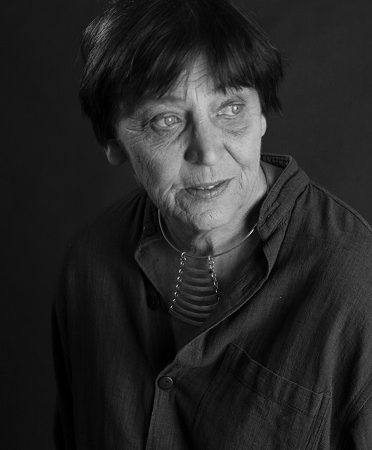 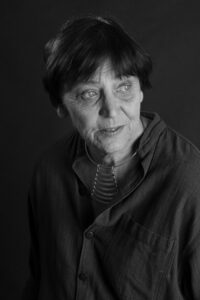 South African author Philippa Rees explains why she feels her faith in a professional PR firm was misplaced – and why such organisations cannot succeed unless they recognise and embrace the special nature of self-publishing.

Many indie publishers faced with the daunting prospect of marketing wonder whether, having mastered the publication process, this might be the one aspect better done by others. Everything else, however steep a learning curve, is under their control. Publicity pre-supposes knowledge of the market, the genre, contacts in the relevant publications, and authors suppose that if they bit the bullet and found the money required, the publicist could cut through as a hot knife cuts butter.

That was the expression used by one, when considering my book (but unable to take it on). She felt its readers would be easily defined, easily found, too scattered to be found through social media, but likely to identify themselves through reviews in both the specialist and general press. Making it known was all that had to happen.

I knew I had written a seemingly impossible book. (A book about Everything? What? In poetry?) It fitted no existent genre (poetic science?) and was limited by no category: Science, but actually consciousness, revealed in Philosophy/ History/ Painting/Music- all illustrative.

It was never going to fly off shelves. Itwas almost impossible to describe without making it sound lunatic. Yet its notable endorsers, and the responses of readers led me to believe that it did have merit, but that it needed to be browsed in bookshops: no ‘elevator pitch’ would cut it. So against the grain of most indies (and all advice) I planned on bookshops foremost, although I made cheaper ebooks available. 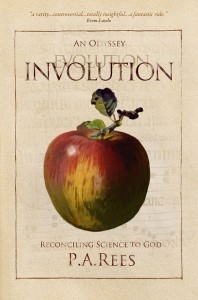 To that end, after the editing and designing I printed 100 advance copies to give away to seek endorsements from well regarded authorities (Laszlo, Andrew Harvey and others). This took a year but resulted in embarrassingly fulsome quotes on the final (reprinted) book. I blew the pension on an excellent short-run printer, and produced both a handsome print edition and a well-designed ebook, since its poetic linage, linked end-notes and bibliography needed a specialist. Initial signs were good: an editor of the Watkins Magazine was so impressed he persuaded a distributor to break their rules and take on a stock. Three London bookshops ordered copies without suspicions.

So given that achievement why did I feel the need for a publicity company?

At a low point of exhaustion, and with only a toe in the social networks, I was persuaded by an ex-HarperCollins Editor (who loved it but understood why no publisher would regard it as commercial unless it grew legs) that a well-known company would help get those critical reviews. She suggested one she knew personally, reputedly the best (and most expensive).

Bookshops demand publicity before risking orders. That was one area a professional publicist, believing in the book, should achieve. They could persuade the ladies to lunch and make its provenance interesting. One of the company’s consultants seemed genuinely enthusiastic, and in terms of her own educational background likely to be able to argue its case. I did not minimise the difficulties of describing the book, or indeed the author.

The book is a one-off, and cannot be evaluated, statistically or prognostically, against any other. Half poetry, half scientific footnotes, it would not find reviewers equally familiar with both. The science journalists would not read poetry, and vice versa. Few scientists would consider science serious, (which it is- a new evolution), when it came dressed poetically…

The other seeming downside was its author, moi: unprepossessing, unknown in either scientific or spiritual circles, far from photogenic, and not a recognised poet either…BUT therein lies the real story.

The publicist was categorical, any word of ‘self-published’ would be the kiss of death.

Where the Publicist Went Wrong

In that unmoveable decision lay the eradication of using anything that might have excited attention: journalists run with things that are different.

They always say for non-fiction the story is the author’s life and experience. Mine has been very colourful, half Boer-half British, raised in apartheid South Africa, related to Elizabeth Barrett Browning, felled on a road to Damascus by an unsought experience – all had fed into the language of the book, a maverick writing about historical mavericks, with everything always better than something. Jack-of-all-trades, but thereby lacking seeming gravitas.

So the publicist weighted the press release with a couple of academic pebbles from university days that made me sound just like everyone else, only rather less so!

It was everything I wasn’t that created the book: not academic, not affiliated to any spiritual school, institution or scientific discipline. Only someone without credentials could have risked what Laszlo called ‘brave’ (and he is exceeding brave himself). Blinded by the pretence of inflated academic credentials the real book disappears from view. Instead of ‘erudite’ ‘prescient’ would have been apt, for a work originating 45 years ago, and sustained until the world caught up.

What the Publicist Achieved

She launched a two month ‘campaign’ at the end of which, to her shame, nothing had been achieved. She offered to extend for a further month and asked me to rewrite the press release. By then it was August, when not a media fly buzzes.

So a three-month campaign, and over 50 books sent out, achieved not one review in any publication. Three interviews scheduled? No show. A ten minute interview with The Bookseller (‘don’t mention self published’) asked about epic poetry, not the book, and a local paper ran an article on my skill as a self builder with demolition and reclamation being the common thread that ties the book and my house together. That I would have got unaided.

That must have been galling. What has happened since?

A few good things: three rather stunning reviews and two long articles both commissioned by specialist magazines, another due in Midwest Review in June, three hour long interviews on line ( by New Consciousness sites who approached me), Joel Friedlander’s award for the cover, and nominated runner-up Book of the Year (2013) and best of all, vastly varied but nothing but 5* reviews on Amazon. Recently three organisations have asked for talks. Those do suggest that there was a conspicuous failure of nerve. For an indie book to nearly make the Scientific and Medical Network’s ‘Book of the Year’ does beg the question. How was this ever presented to the media if not one review was achieved?

What this story illustrates is the gulf that remains. The traditional media are geared to the short life of the book launch, and the publicists still cater to that.

Most indie authors are in it for the long haul, some building readership for a career, or others (like me) committed to a ‘Book that Wrote the Life’, that demanded to be written, for reasons not immediately transparent.

These issues are irreconcilable, and remain unbridged. ‘Campaigns’ are not the answer for books that break new ground. This cautionary tale will, hopefully, save others from a category error.

The media will publicise the indie who makes it in numbers sold. That’s too easy. The world of indie authors is about passion, individuality and a thousand reflections that find their way onto pages. The traditional market does not begin to value these more interesting reasons for shaping literature. Until the media are indie blind, the potential market is untested.

The publicist did not tell the real story for fear of being allied to that dubious thing— the self-published author. Caution undermined conviction. I think she was sincere in believing she had the book’s interest at heart, but a lack of chutzpah was really the source of failure: an opportunity missed.

She was employed to persuade. Yet one cannot persuade anyone of anything with one hand tied behind the back; it always feels shifty.