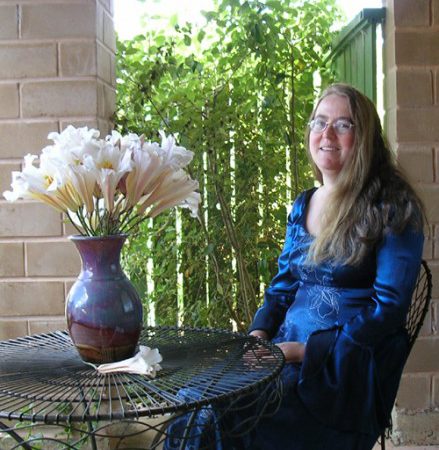 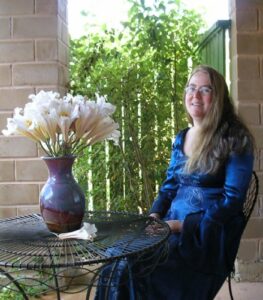 Writing and publishing (slowly) from her beloved homeland about beloved characters is key to Shayne Parkinson's success.

Getting, and responding to, the daily emails from her readers, is all the inspiration Kiwi Author Shayne Parkinson needs to write and publish. She attributes her success to marketing the first book in her series free-of-charge. Read on to discover more about Shayne, and how — contrary to received opinion — writer and publishing slowly need not stand in the way of self-publishing success.

Short answer: patience, and writing what I love.

Expanding somewhat: For the first few years my sales were very modest. But they slowly grew, driven mostly by word-of-mouth from my lovely readers, until they reached a point where I was comfortable in making writing my full-time career. That was about three years ago, and things continue to go very well for me.

I write in a genre that I love (historical fiction) set in a place that I love (New Zealand), and I write about a set of characters I've become very close to. The whole unruly bunch feel real to me, with rich back stories that don't necessarily make it onto the page, and many readers respond to them in the same way.

Apart from actually releasing the series at last, after leaving the first volumes languishing on a shelf for years? I'd say it was making the first book free, and thereby attracting many readers who might otherwise have been reluctant to try an unknown author.

I do consider myself to have been very lucky. It was luck that arrived slowly, though, rather than in a flash. It's really been a matter of gradually finding readers who enjoyed my books enough to recommend them to others. I'm very grateful to those readers.

I'm also lucky to be writing in an era where it's possible to self-publish with relative ease, via ebooks and print-on- demand. And I'm immensely lucky in having an endlessly supportive and encouraging husband.

I'm a huge admirer of prolific writers, but I'll never be one. I write slowly, and I spend a lot of time on research. I'm extremely lucky that it's possible for slow writers to find success, too.

I encourage my characters to have conversations in my head, during which times I feel like an interested listener sitting off to one side, shamelessly eavesdropping. I also like to visualise them going about their lives, whether or not those particular scenes appear in a finished book.

I'm lucky enough to live in the countryside, and just a walk under the trees is often enough to boost my creative urge.

I have something of a schedule, albeit one I certainly don't keep to strictly. But I generally start my working day by answering mail from readers, which helps inspire me for the day. Then I write till mid-afternoon, after which there's always research to do. The weekends are for all the things that get put to one side during the week—or for catching up on writing if the week's been disrupted.

I outline my books—an outline that grows and changes as a book develops, and as I get to know characters better. I might discover some obscure event that finds its way into a book, or a character might take me completely by surprise with what he or she decides to do!

Something quite new for me: my first work of non-fiction, exploring the events surrounding a court case in 19th century New Zealand. It's a whole new adventure, and one I'm enjoying very much. When that's completed, I'll return to my fiction series. I'll be following Daisy's journey further, and it's also high time I devoted a book to a pair of secondary characters whom many readers have asked to hear more about.

I'm always reluctant to give anything like advice, as people's circumstances, goals, and motivations vary so widely. What's worked for me is patience, a modicum of self-discipline, and making my work as good as I possibly can. Perhaps most importantly of all, I've been determined not to lose sight of why I began writing in the first place: I love it.

Shayne Parkinson writes historical novels set in New Zealand, starting in the 1880s. Her first book, Sentence of Marriage, begins in 1881, and the most recently completed, After the Roses, takes the series to 1924. She's fascinated by social history, particularly that of her own country.

Shayne was born in New Zealand, and apart from two years spent in England, she has lived there all her life. She's married to her childhood sweetheart, who grew up in the farming valley that's the inspiration for her imaginary one.