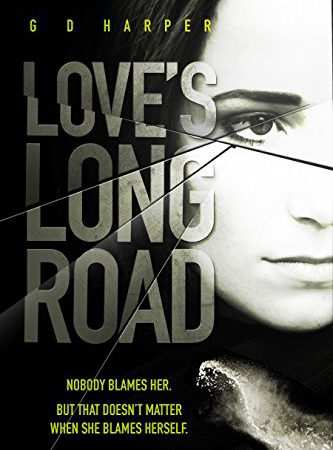 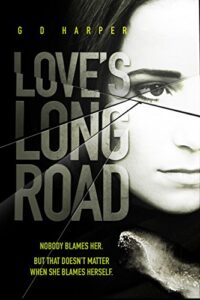 Over the last few months there have been numerous ALLi discussion threads on the merits and demerits of Facebook advertising, and the sharing of what authors have found that works and doesn’t work. In this post, Scottish novelist G D Harper generously shares his detailed and meticulously analysed findings from the campaign he has been using to promote his debut novel Love's Long Road.

My formula for optimising Facebook advertising is to think about an effective campaign as having the right ad link to the right sales page, with the right target audience seeing the ad the right number of times, and with the book at the right price and advertised at the right cost to deliver the right result. This allows me to separate out and quantify the main factors that affect sales, identify what the weak points are, and then know if I have fixed them. The data that I’ll quote in this blog can be found, when a campaign is running, in Facebook’s ‘Manage Ads’ function, which is in the drop down from the inverted triangle in the top right corner of the Facebook Home page.

The ad needs to be an engaging and persuasive. Although this is a bit like stating the obvious, it’s something that I managed to overlook at the beginning of my marketing, or rather it’s something I convinced myself I had achieved when in fact I hadn’t.

My first ad was a stock visual of an iconic building in Glasgow, the main setting of the book, along with a straightforward sales pitch, ‘Loves Long Road by GD Harper. A psychological thriller set in 1970s Britain, now on special offer at Amazon for 99p’. It got almost no CTR (click through rate) until I found a way to better engage people, by adding the opening line of my book ‘Should you be at someone’s funeral if they died because of you?’. Including this line in my copy moved my Facebook relevance score from 3 to 7 and I finally had a viable CTR of 3.2%.

I then reworked my visual, replacing my not very impactful stock photograph with a new visual featuring the design elements from the book’s front cover, along with different quotes from book reviewers. Here’s one example. 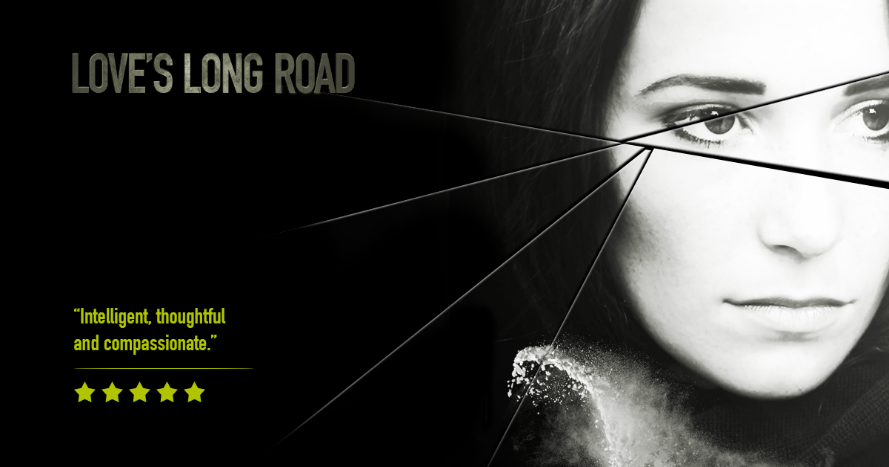 I tested ten ads using ten different quotes and there was a marked difference on CTR depending on what quote I used. Everyone’s quotes for their books will be different, but there were some general guidelines I learned from the testing.

If I wanted to use a quote about character or setting, then it is definitely a case of ‘show, don’t tell’. My book is set the 1970s and the quote ‘From wearing bright yellow jumpsuits to drinking Blue Nun, the detail was perfect’ performed much better than ‘The late 1970s comes alive’. With the benefit of hindsight I realised the latter quote was telling people how great the setting was, the former was giving them an example so they could judge for themselves.

If I wanted to use a quote about story or plot, then specific was better than general. Quotes like ‘an excellent read’; ‘a real page turner’; ‘couldn’t put it down’ all fared less well than descriptors that gave a distinctive sense of what the book was like. My top performing quote was ‘Intelligent, thoughtful and compassionate’ followed by ‘Full of drama and intrigue, with hits of humour and sensuality’ which I think illustrates the point well. The CTR of the best performing quotes was three times better than the least impactful ones.

As an aside, I found I could incorporate all these quotes into my ad visual along with my book title and still be below Facebook’s rule that text has to cover less than twenty percent of the ad.

Going forward, I have set myself a hurdle that an ad has to have a greater than 2.5% CTR at the start of a small (£20-40 budget) pre-test, otherwise I won’t use it for a main campaign.

Again, when I first launched my book I was in a hurry for sales and started adverting almost straight away. What I found was that if I did manage to get people to visit my Amazon sales page from promotions in the first months after launch, the conversion to sales was very low. It is only now, nine months after the launch when I have over twenty reviews with an average rating of 4.7 on amazon.co.uk, that I’ve finally got an Amazon page that works to turn visits into leads. I’ve decided that for my next book I won’t run any paid-for ad linking to my Amazon page until I have at least ten reviews and an average ranking above 4.0. If I get anything below that, I don’t think the web page sales conversion will be high enough to justify paid advertising.

The Right Number of Times

There are lots of advertising theories about how many times someone needs to see an ad for it to be effective and the theory which I like the best is…’it depends’. If you have a complex message or you’re asking people to make a significant purchase or decision you need high frequency. A simple message and/or a low risk purchase needs only a low frequency.

An eBook on price promotion at 99p I think definitely falls into the latter category and so I try to plan my campaigns to maximise reach and minimise frequency. The total number of impressions a campaign achieves is the reach (the number of different people seeing the ad) time the average frequency, so, in a simple example, a thousand impressions could be a thousand people seeing it once or five hundred people seeing it twice. If I only cared about reach, this first campaign would be twice as effective as the second.

If my campaign was becoming less effective over time I checked to see if this could be the explanation. If it was, I would change target audience, stop for a while or change creative.

There are two schools of thought as to how to price a book for a Facebook promotion. Adam Croft commented in a recent ALLi thread that for him the best way was to price high, £2.99 or above, so he recovered his advertising costs and made a profit. Sadly, what I found in my case is that I need to price low and accept the loss as an investment in the future. At 99p every five people who visited my Amazon page bought the book, at £1.99 it was one in twelve, and at £2.99 it was one in twenty. Add to this the lower CTR and therefore higher CPC of the higher price campaigns and for me the best scenario was to advertise only KDP Select 99p price promotions.

My conclusion on pricing is that the high price route is best if you are a well-known author with a strong reputation and a huge fan base. Like Adam Croft, for example! For the rest of us, we just have to suck up the losses until we get there.

High click rates, relevant ads and optimal targeting all contribute to keeping the CPC down. However, there is one further metric I analyse to keep advertising costs as low as possible, the often-overlooked cost per reach (CRR).

CRR is affected by the supply-demand equation for Facebook ads at any given point in time, and also what choices made when setting up ads in Ads Manager or Power Editor. Media costs are seasonal and inflationary, so if I advertise in the lead up to Christmas, for example, I will have a higher CRR. If Facebook ads become more popular with advertisers, there will be high inflationary pressure on costs the next time I go to advertise. So I could be doing everything right in terms of the factors I can control and still find my cost per sale going up. If I didn’t check this number and see its effect, I run the risk of deciding my latest ad wasn’t as effective as previous ones, when in fact it was external factors to blame.

There are, however, some things that can be controlled regarding CRR. Where an ad is placed, what devices it is allowed on, what time of the day or day of the week it will run all affect CRR. For example, I might conclude people are less likely to shop on a mobile phone and tablet and therefore exclude them and make the campaign desktop only, but this will dramatically increase the CRR and therefore the CPC. I’m not saying there shouldn’t be restrictions on where a campaign is placed, but the CRR impact should be checked to see if the restriction is really worth it.

Finally, to give the bottom line on how my book, Love’s Long Road, fared using these techniques. I ran my first campaign in November 2016 and reached the top 1000 in the overall Amazon paid-for ranking which I think was already a good result. My fully optimised campaign ran at the end of February and this time I reached number 331 in overall paid-for Ebook sales on Amazon UK, selling over 500 EBooks in the seven-day promotional window and having over 4000 page reads in Kindle Unlimited, a far cry from the two or three EBooks a week I was selling before Facebook advertising.

Good luck with your advertising, I hope you found this useful.

OVER TO YOU If you have any top tips to add to G D Harper's very helpful account, we'd love to hear them – join the conversation via the comments box.

OTHER INSIGHTFUL POSTS FROM OUR ARCHIVE ABOUT FACEBOOK ADVERTISING FOR AUTHORS

GD Harper is a Lightship prize-winning Scottish novelist, author of the psychological thriller 'Love's Long Road'. Find out more at his website www.gdharper.com.