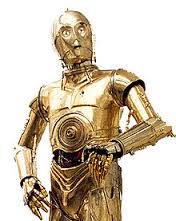 Indie contracts, audios, catalogues and … what’s that you say?  A robot editor?  It’s all happening in this week’s self-publishing news from our ALLi partners and friends, reports Valerie Shanley

Listen Up, Indies …  The volume of self-published audio books has just gone way up. The Frankfurt Book Fair’s strategic partner IPR License, a company that offers global rights and licensing services for authors and publishers, reports that demand for the audiobook rights for self-published works has risen 58% over the first half of 2015, as compared with the previous year. Tom Chalmers, MD at IPR License, commented: “It’s really positive news that titles from our self-published members are generating so much interest throughout the audio book community. Reprints, translation and TV/film rights tend to be foremost in the thoughts of most self-published authors when it comes to selling rights but areas such as audio can provide a good source of revenue.” Hear, hear. We’ll be having an ALLi Insights Seminar with ACX very soon, to help more of you get set up there. 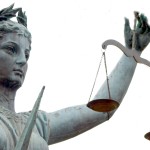 Finding the right balance with contracts

The Rights Stuff When It Comes To Contracts … Great to see our Opening Up To Indies Campaign now taken up by the UK Society of Authors, with the benefits of self-publishing being pointed up by Kate Pool, in a recent Publishing Perspectives story. Pool urges authors signing up to contracts with traditional digital publishers to compare them against going indie. Her assertion is “that increasingly,  traditional publishing contracts – the license of rights, the division of income, the ‘out of print’ provisions – are simply not appropriate.” She refers to work that is print on demand/ultra short-run and/or ebook and where the author is being paid a percentage of royalties, but only a minimal or no advance. “In my view the comparison is not only with how those terms compare with a traditional contract, but also how they compare with the fact that an author can self-publish in such forms, at almost zero cost, perfectly well. And the self-publishing author retains all rights and 100% of any income.” Meanwhile, ALLi members who missed last week’s enlightening and jargon-free podcast, hosted by lawyer and author Helen Sedwick and ALLi Director Orna Ross, can brush up on their legal know-how here.  (And if you haven’t yet signed our Open Up To Indie Authors Petition, you can add your name here)

Return of the Ed(i)…Super editing skills  are much in the news with the revelation that it was editor Tay Hohoff’s advice to Harper Lee in 1957 to re-shape her so-so story of the adult Scout in Go Set A Watchman that led to the masterpiece of To Kill A Mockingbird in 1960. Fast forward to 2015 and enter 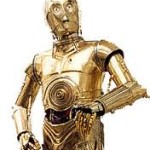 the robot editor – a sort of literary See-Threepio that indies may avail of in the near future.According to Michael Kozlowski of Good e-Reader   the intriguingly named Watson Tone Analyzer,  unveiled by IBM, could be our virtual editing pal in future. It’s likely that self-publishing companies will adopt the Watson SDK into their online indie author tool set, says Kozlowski, because “it allows writers to copy and paste a body of text and the system will perform a “tone check” to analyze different aspects of it …. then give a breakdown of the overall tone and suggest new words to “fix it”.  Just sign on the bot line, presumably.

Two Roads Makes Overtures To  Self-published Author... Michael Volpe, general manager of Opera Holland Park, has lots to sing about as his originally self-published memoir, Noisy At the Wrong Times, has been bought by John Murray imprint Two Roads. The book was surely making all the right  noises too as it was previously chosen by The Bookseller as an Independent Author pick, and also named by the Sunday Times in its 100 Biographies to Love  feature. Indie kudos also re the longlist of 10 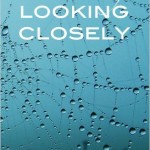 for the Polari First Book prize just announced  as it includes ALLi member Al Brooks’s self-published The Gift of Looking Closely. The award was created five years ago to celebrate a writer whose first book explores the LGBT experience, whether in poetry, prose, fiction or non-fiction.

Indie Catalogue To Spark Your Interest … IngramSpark have asked us to give a shout out re their forthcoming bespoke catalogue on independent publishing which will highlight some of the very best indie authors around.  (“Best” as in based on sales figures). Correctly citing  ALLi authors as  being ‘the professional wing’ of self-publishing, (we thank you, Ingram) naturally they are  happy to include any ALLi titles, which are forthcoming (ideally 3 months before publication). “ The only hitch is they would need to be in Spark because of the way we feed the data into PubEasy” says Ingram’s Andy Bromley. While the catalogue will go to UK booksellers, authors worldwide are welcome. If you fit the bill and are interested in being included, get in touch with Andy via email.